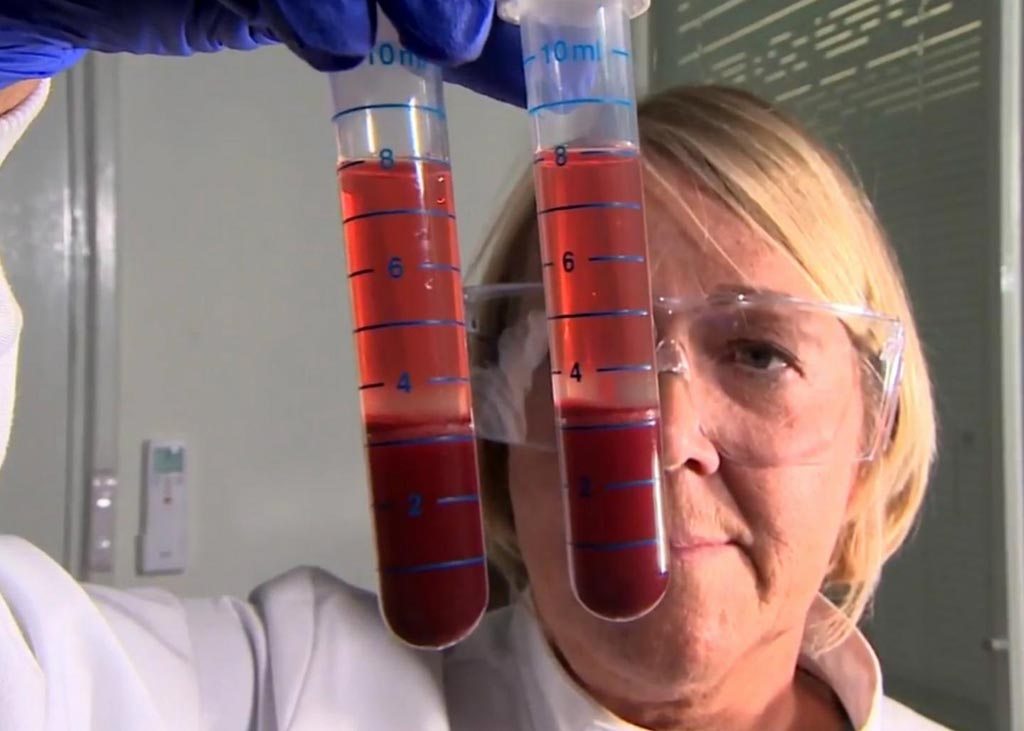 Image: A researcher preparing blood samples for Actiphage testing (Photo courtesy of the University of Nottingham, School of Bioscience).
A blood test based on bacteriophage that infect living Mycobacterium tuberculosis (Mtb) bacteria has been shown to diagnose human tuberculosis (TB) and may be able to predict which patients with latent tuberculosis will progress to the active form of the disease.

It is difficult to diagnosis tuberculosis through traditional culture of the slow growing Mtb. Molecular tests to detect Mtb DNA are of limited value due to the organisms’ cell wall, which complicates DNA extraction. The new PBD Biotech (Suffolk, United Kingdom) Actiphage test uses a specific bacteriophage that infects live Mtb and ruptures the cells to release DNA. The DNA is then analyzed by PCR. The whole testing process can be completed in as little six hours.

Investigators at Leicester Biomedical Research Centre (United Kingdom) and the University of Nottingham (United Kingdom) used the Actiphage test to study 66 subjects who were separated into four groups: those with active pulmonary TB, those with latent TB, a control group of patients referred for suspected TB but found not to have the disease, and a control group of healthy individuals. The subjects were tested for Mtb twice, 12 months apart.

The finding that two of the three subjects with latent TB infection who tested positive with Actiphage went on to develop the active form of the disease more than six months later, suggested that the test may have a predictive role in identifying people with the infection at risk of developing the disease.

“TB is the leading cause of death from an infectious disease. It most commonly affects the lungs and from this site is transmitted to others by coughing and sneezing. As there is a lack of diagnostic tools for people unable to bring up sputum, diagnosis is delayed, increasing the likelihood that the disease is spread,” said senior author Dr. Pranabashis Haldar, clinical senior lecturer at the University of Leicester. “Our observations provide new insights into how human TB develops and support recent evidence of the existence of a transitional state of TB infection called incipient TB that does not produce symptoms but carries a high risk of progressing to active TB. There is potential for Actiphage to be developed, both as a mainstream blood test to diagnose TB and as a test used in screening programs to help us identify and treat people with latent infection.”

The study was published in the June 22, 2019, online edition of the journal Clinical Infectious Diseases.