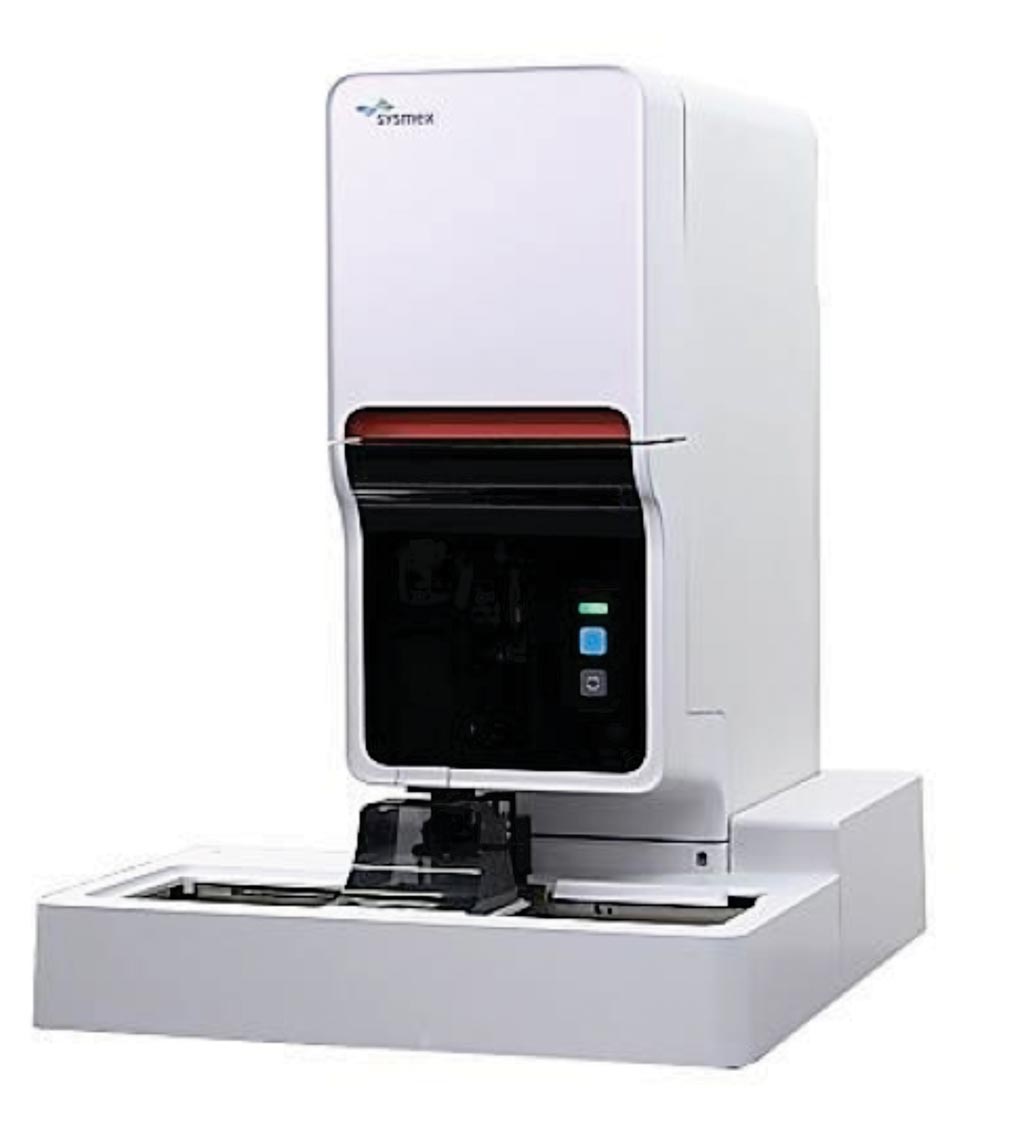 Image: The XN-30 automated hematology analyzer that has an automatic measurement functions for red blood cells infected by malaria parasites (Photo courtesy of Sysmex).
Malaria remains a major cause of morbidity and mortality around the world. Sub-Saharan Africa is most affected with Plasmodium falciparum accounting for 99% of estimated cases. Timely and accurate diagnosis of malaria is essential for disease management and control.

The team reported that all CHMI participants became parasitemic by qPCR and XN-30 with a strong correlation for parasite density. The XN-30 accurately monitored treatment and allowed detection of recrudescence. Out of 908 patients in the accuracy study, 241 had microscopic malaria (density 24–491,802 parasites/μL). The sensitivity and specificity of XN-30 compared to microscopy were 98.7% and 99.4%. Results were corrected for qPCR-confirmed sub-microscopic cases. Three microscopy-confirmed cases were not detected by XN-30. However, XN-30 detected 19/134 (14.2%) qPCR-confirmed cases missed by microscopy.

The authors concluded that the XN-30 holds promise as a rapid and sensitive test for malaria detection and subsequent treatment monitoring. Since XN-30 provides a complete blood count (CBC) with each analysis, it provides critical information for malaria management at a price comparable to CBC. Its higher sensitivity compared to microscopy in low-density parasitaemia also makes it a useful tool for mass screening in control programs. The study was published on May 31, 2019, in the journal BMC Medicine.