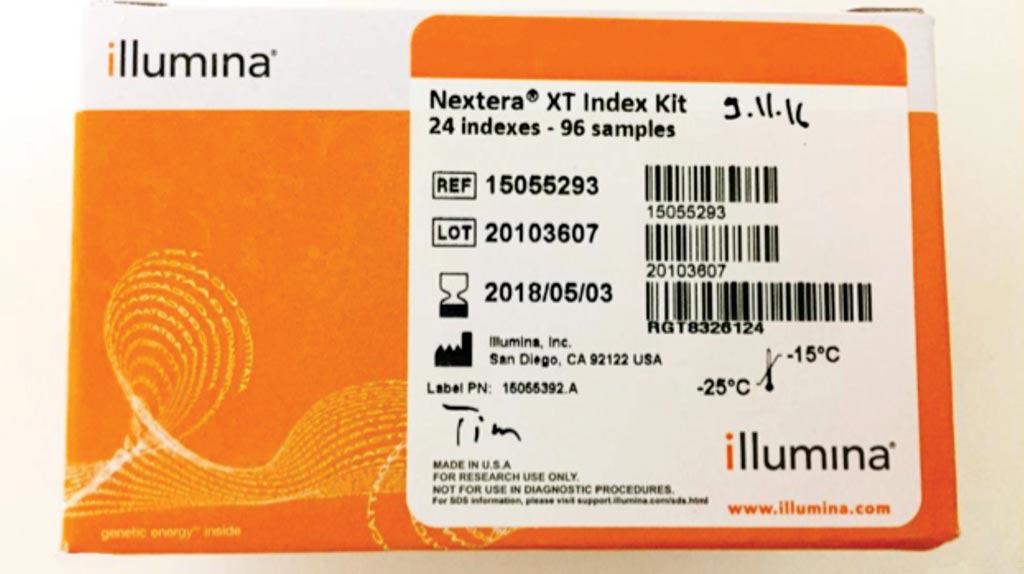 Image: The Nextera XT Index kit is used to prepare whole genome sequencing libraries for bacterial isolates (Photo courtesy of Dr. Thippeswamy Sannasiddappa).
Patients with mild-to-moderate asthma can experience difficulty breathing and it is especially difficult for those with Severe Asthma where symptoms can be life threatening. In either case, patients cannot participate in daily activities if their disease is uncontrolled.

As there is no single ‘gold standard’ test, clinical asthma diagnosis is based on evidence of recurrent respiratory symptoms; reversibility with anti-asthma treatment; and variable airflow obstruction. Demonstrating any or all three, of these features in a clinical setting is challenging as the disease fluctuates.

A team of scientists working with the Global Medical Franchise GSK (Brentford, UK) utilized sputum metagenomic profiling to determine if there was a relationship between neutrophilic inflammation and the airway microbiome in severe asthma. No previous metagenomic analysis has been undertaken in severe asthma to understand this relationship. Induced sputum was obtained from four cohorts as part of the U-BIOPRED study programme: (A) 97 severe asthma, non-smokers, (B) 50 severe asthma, ex/current smokers, (C) 25 steroid treated non-severe asthma and (D) 23 healthy controls.

Samples were prepared for sequencing with the Illumina Nextera kit and quantified with Quant-iT dsDNA High Sensitivity assays. Libraries were pooled and run with 100 bp paired-end sequencing protocols on the Illumina HiSeq 2500 platform., Taxonomic profiling (MetaPhlAn2), reads mapped to KEGG v75.0 (Diamond), accepting hits ≥20 amino acids with ≥80% similarity and pathway counts derived from summing the relative abundance of KOs to the pathway(s) they belong to.

The authors that their study associates an abnormal airway metagenomic profile in severe asthma with neutrophilic airway inflammation. Further focus is needed to better understand the dynamics of this relationship, as severe neutrophilic asthma remains an important clinically unmet need. The study was presented on May 22, 2019, at the American Thoracic Society Annual Meeting, held May 17-22, 2019, in Dallas, Texas, USA.