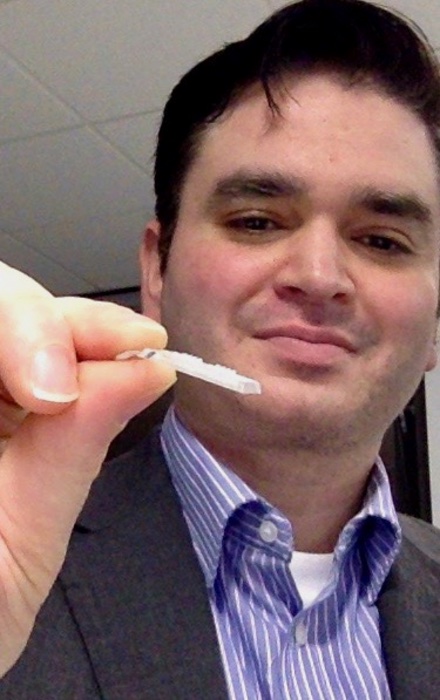 A new ‘smart patch’ can detect proinflammatory biomarkers of neurodegenerative diseases such as Parkinson's and Alzheimer's by using microneedle technology. The breakthrough in the advancement of transdermal capability could pave the way for the use of ‘smart patches’ to detect certain biomarkers within skin interstitial fluid (ISF) in a “bloodless” manner. The patches are comprised of arrays of tiny needles (microneedles) that are designed to break the skin barrier – in a minimally invasive manner - and monitor clinically significant biomarkers. They can be self-administered for POC diagnosis or at home. The innovation could prove to be a game changer in the field of early neurodegenerative disease detection.

The skin is the largest organ in the body and contains more ISF than the total volume of blood. The fluid is an ultrafiltrate of blood and holds biomarkers that complement other biofluids like sweat, saliva, and urine. It can be sampled in a minimally invasive way and used for testing at the POC as well as in real time using microneedle devices. Dr. Sanjiv Sharma, a leading scientist at Swansea University (Swansea, UK) who had previously developed the world’s first COVID-19 ‘smart patch’, employed microneedle array-based biosensing patches as wearable transdermal sensors to detect the proinflammatory cytokine IL-6. IL-6 is present in the skin ISF with other cytokines and is implicated in several clinical states including neurodegenerative diseases and fatal pneumonia due to SARS-CoV-2.

Dr. Sharma and his collaborators were able to detect IL-6 at concentrations as low as 1 pg/mL in synthetic skin ISF, suggesting its utility for routine POC, bloodless measurements in simpler settings, across the world. The devices developed by the team are scalable, and the resulting sensor has a short measurement time of six minutes, along with high accuracy and low limit of detection. The new diagnostic tool for screening of inflammatory biomarkers in POC testing tunes the skin into a window to the body and vital organs like the brain.

“Biomark ISEP Porto have pioneered applications of molecular imprinted polymers (MIPs) and extended them to different healthcare applications,” said Felismina Moreira from the School of Engineering, Polytechnic Institute, who also collaborated in the research. “Together with Swansea's expertise in transdermal diagnostics we have demonstrated that the MIPs together with the microneedle arrays offers a fantastic platform for the development of point of care devices for bloodless testing. These can be extended to diagnostics for cardiovascular, cancer and neurodegenerative disorders.”