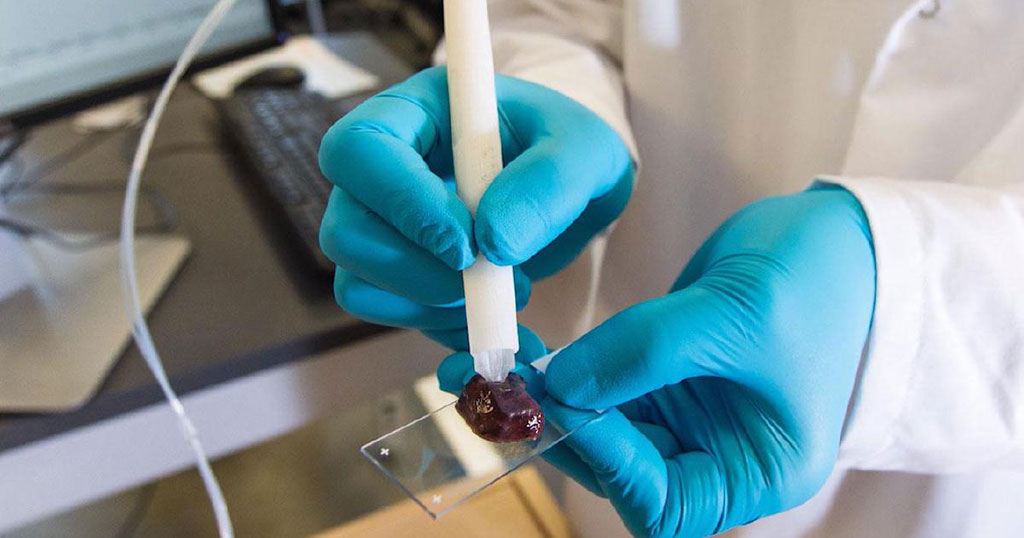 Rapid identification of bacteria is critical to prevent antimicrobial resistance and ensure positive patient outcomes. Identifying bacteria while a patient is still in surgery could allow doctors to more quickly move to a targeted antibiotic for their infection.

The Handheld Mass Spectrometry Probe consists of a handheld, disposable ionization device connected to a mass spectrometer. It works via ambient ionization, using drops of water to extract lipids and metabolites from tissue that are then analyzed via mass spectrometry to generate molecular profiles. These can be used to distinguish between different tissue types or, in the case of a recent study, different bacteria.

The team then then tested these classifiers in a validation set consisting of 74 samples spanning 15 strains. In the validation work, they found that the pen was able to distinguish between Group A and B Streptococcus with 85% accuracy and between S. aureus and Staphylococcus epidermidis with 97% accuracy. The device identified a validation set of 24 samples of Gram-negative bacteria spanning six strains with accuracy of 92%. They then applied their classifiers to a set of five clinical samples taken from four patients with osteoarticular infections, exploring how the device performed in direct surgical specimens without culture. They were not able to identify the bacteria down to the species level, but were able to identify the Gram stain type and genus of the microbes in the different samples.

Livia Eberlin, PhD, associate professor of surgery and inventor of the MasSpec Pen, said, “We're centered in surgical applications, and one of the things we've been asked by a variety of surgeons, especially infectious disease surgeons, is whether we could identify bacteria when we were excising, for instance, infected bone.”

The authors concluded that the MasSpec Pen enables identification of several bacteria at different taxonomic levels in seconds from cultured samples and has potential for culture-independent identification of bacteria directly from clinical samples based on the detection of metabolic species. The study was published on September 14, 2022 in the journal Clinical Chemistry.