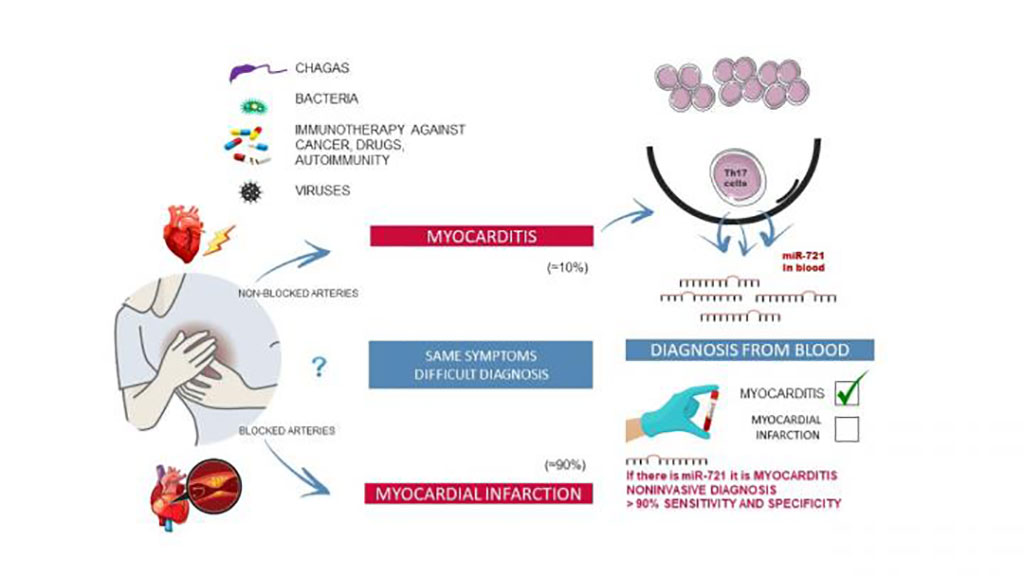 Myocarditis is usually diagnosed after coronary angiography or computed tomography scans have ruled out coronary artery disease, followed by confirmation of the diagnosis by magnetic resonance imaging (MRI). However, not all centers have access to MRI technology, and the current gold standard for myocarditis diagnosis is endomyocardial biopsy, an invasive procedure normally reserved for severe cases. Thus a pressing clinical need exists for the development of reliable and accessible tools for the early diagnosis of acute myocarditis.

In this regard, investigators at the Centro Nacional de Investigaciones Cardiovasculares (Madrid, Spain) and their collaborators in Spain and abroad sought to identify a novel microRNA for the diagnosis of acute myocarditis.

To identify a microRNA specific for myocarditis, they performed microRNA microarray analyses and quantitative polymerase-chain-reaction (qPCR) assays in sorted CD4+ T cells and type 17 helper T (Th17) cells after inducing experimental autoimmune myocarditis or myocardial infarction in mice. They then identified the human homologue for this microRNA and compared its expression in plasma obtained from patients with acute myocarditis with the expression in various controls.

Results revealed that the human homologue, designated hsa-miR-Chr8:96, could be identified in four independent cohorts of patients with myocarditis. The area under the receiver-operating-characteristic curve for this novel microRNA for distinguishing patients with acute myocarditis from those with myocardial infarction was 0.927. The microRNA retained its diagnostic value in models after adjustment for age, sex, ejection fraction, and serum troponin level.

"Our finding has great potential as a valuable clinical tool for the precise and noninvasive diagnosis of myocarditis from small drops of blood," said senior author Dr. Pilar Martín, a research professor at the Centro Nacional de Investigaciones Cardiovasculares.

The myocarditis paper was published in the May 27, 2021, online edition of The New England Journal of Medicine. 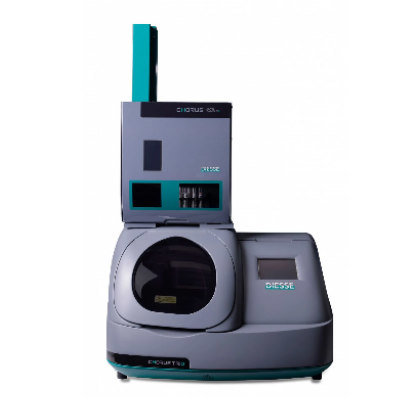