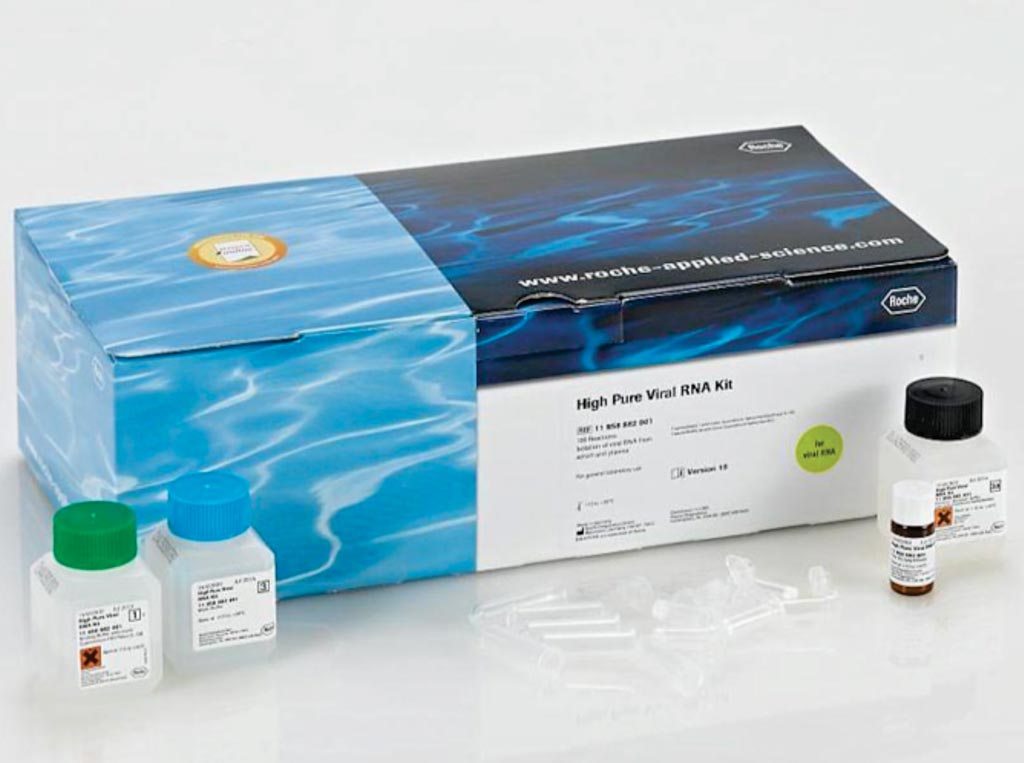 Image: The High Pure Viral RNA Kit is for general laboratory use and purifies viral RNA from a variety of samples such as serum and plasma (Photo courtesy of Roche Diagnostics).
Members of the species Enterovirus D (EV-D) remain poorly studied. The two first EV-D types (EV-D68 and EV-D70) have regularly caused outbreaks in humans since their discovery five decades ago but have been neglected until the recent occurrence of severe respiratory diseases due to EV-D68.

The three other known EV-D types (EV-D94, EV-D111 and EV-D120) were discovered in the 2000s-2010s in Africa and have never been observed elsewhere. One strain of EV-D111 and all known EV-D120s were detected in stool samples of wild non-human primates, suggesting that these viruses could be zoonotic viruses.

The acid sensitivity assay was performed on EV-D111 OUP-05-059, using EV-D68 Fermon and EV-D70 J670/71, which are known to be acid-sensitive and acid-resistant, respectively as controls. The ability of EV-D111 OUP-05-059 to produce cytopathic effect in different cell lines was assessed in 96-well plates. To determine whether EV-D111 grows in L cells, L cells were cultivated in 24-well plates until confluence. Anti-CD155 monoclonal antibody were produced and used for immunofluorescence and infectivity inhibition assays.

The team observed that the EV-D111 strains from human samples and the unique simian EV-D111 strain were not phylogenetically distinct, thus suggesting a recent zoonotic transmission. They also discovered evidences of probable intertypic genetic recombination events between EV-D111s and EV-D94s. As recombination can only happen in co-infected cells, this suggests that EV-D94s and EV-D111s share common replication sites in the infected hosts. These sites could be located in the gut since the phenotypic analysis they performed showed that, contrary to EV-D68s and like EV-D94s, EV-D111s are resistant to acid pH.

The scientists also found that EV-D111s induce strong cytopathic effects on L20B cells, a cell line routinely used to specifically detect polioviruses. An active circulation of EV-D111s among humans could then induce a high number of false-positive detection of polioviruses, which could be particularly problematic in Central Africa, where EV-D111 circulates and which is a key region for poliovirus eradication. The authors concluded that their results show that EV-D111s are probably enteric viruses and evolve by exchanging genetic sequences with EV-D94.The study was published on October 17, 2019, in the journal PLOS Neglected Tropical Diseases.