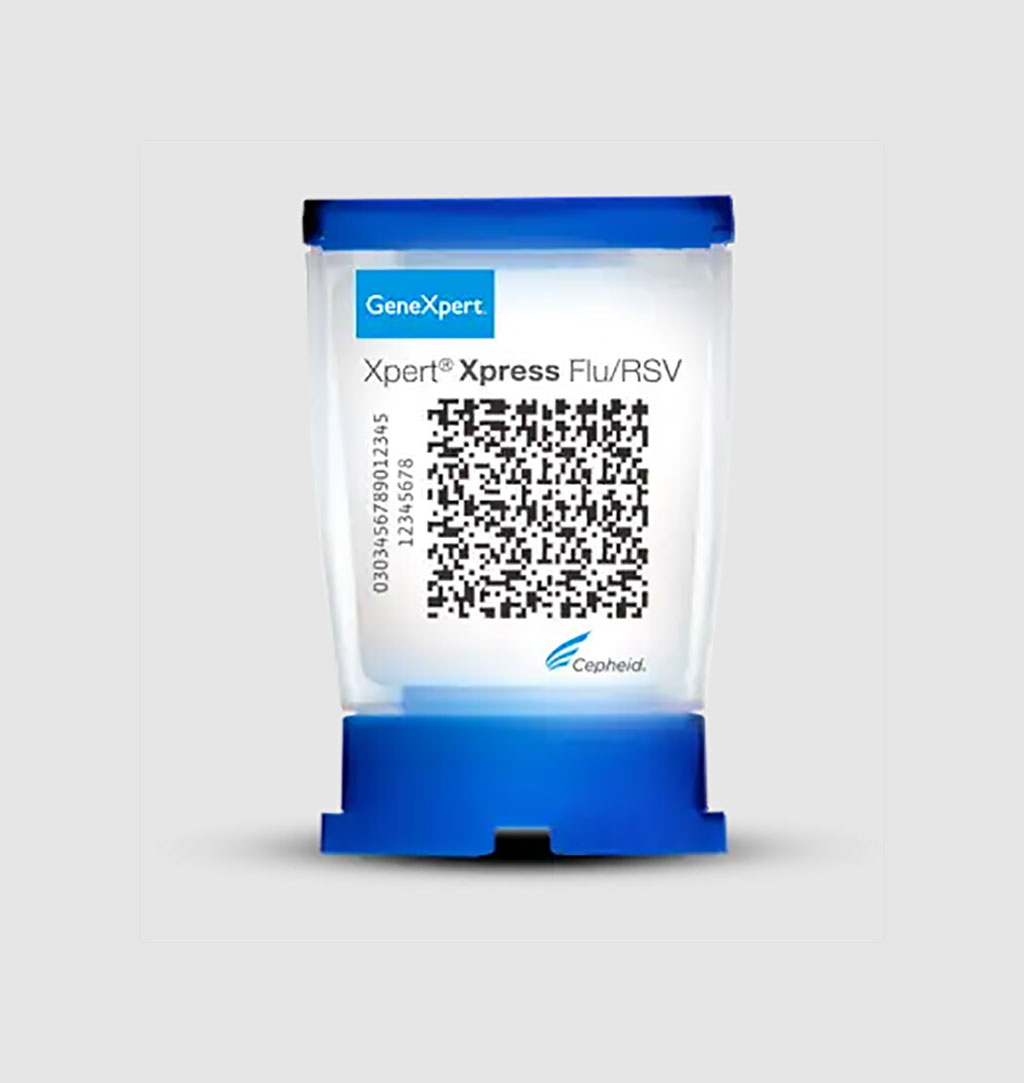 Image: The Xpert Xpress Flu/RSV Assay is intended as an aid in the diagnosis of influenza and respiratory syncytial virus infections (Photo courtesy of Cepheid)

Lower respiratory tract infections are estimated to be the fifth-leading cause of mortality worldwide. Respiratory syncytial virus (RSV) is a major cause of respiratory infections in older adults (≥60 years) with a substantial disease burden.

Currently, the gold standard for RSV diagnosis is laboratory-based real-time reverse-transcription polymerase chain reaction (RT-PCR). RT-PCR has the disadvantage that it requires technical skills and has a long turnaround time. Therefore, reliable rapid diagnostic tests are needed to improve patient management, to enable cohorting and isolation of hospitalized patients, to prevent unnecessary use of antibiotics.

Pediatric Immunology and Infectious Disease Specialists at the University Medical Centre Utrecht (Utrecht, The Netherlands) and their international colleagues collected 758 respiratory samples from 561 older adults at a median of 4 days after symptom onset, from two consecutive RSV seasons. Participants were recruited from 17 general practices before the start of each RSV season. A little more than half of participants were women (54%), the median age was 75, and about 38% had comorbidities Two nasopharyngeal minitip flocked swabs (FLOQSwab, Copan Diagnostics, Brescia, Italy) were collected by a member of the study team and directly stored in universal transport medium.

The team compared the performance of the Xpert® Xpress Flu/RSV assay (Cepheid, Sunnyvale, CA, USA) with real-time reverse-transcription polymerase chain reaction (RT-PCR) in the home-dwelling older adults. For the Xpert Xpress Flu/RSV assay, the cartridge was opened and the entire content of the filled pipette was slowly expelled into the cartridge. Subsequently, the cartridge was inserted into the GeneXpert System. After approximately 30 minutes, test results were available on the screen. For RT-PCR, an in-house–developed kit was used. RSV-A and -B were detected and quantified by duplex RT-PCR using specific amplification primers and fluorescent probes designed to detect the RSV N gene.

The authors concluded that they had performed the first international prospective community-based study to compare the performance of a rapid molecular detection test for RSV infection with RT-PCR in home-dwelling older adults. They demonstrated that the PPA and overall rate of agreement between Xpert Xpress Flu/RSV and routine RSV RT-PCR for RSV detection in home-dwelling older adults is high. The assay is fast and easy to use and therefore has the ability to improve patient management and outcomes. The study was published on February 4, 2022 in The Journal of Infectious Diseases.