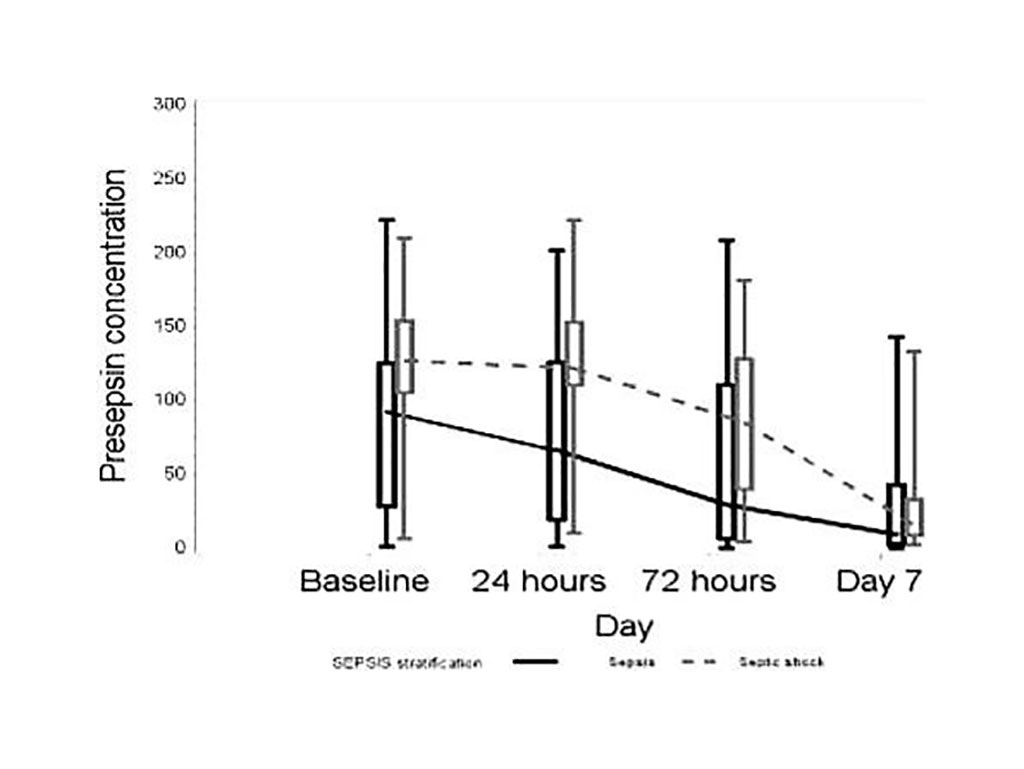 Blood cultures are a gold standard for diagnosing sepsis. Despite the great advantages, blood cultures also have some limitations as they are often negative, especially in patients previously treated with antibiotic, and their results are usually obtained over several days. While waiting for blood culture results, treatment of critically ill septic patients may be delayed, increasing the possibility of poor outcome.

The scientists reported that presepsin concentrations were significantly higher on admission in 34 patients with septic shock compared to 66 patients with sepsis, mean ± SD: 128.5 ± 47.6 ng/mL versus 88.6 ± 65.6 ng/mL, respectively. The same was not observed for PCT and CRP; their concentrations did not differ significantly between severity groups. A strong correlation of presepsin with SOFA score was also found.

The authors concluded that their study showed that serum presepsin concentration on admission reflects the severity of disease. Presepsin was a better predictor of multiple organ dysfunction syndrome compared to other tested sepsis biomarkers. The strong correlation of presepsin with SOFA score makes this marker a valuable tool for identifying septic patients. PCT and CRP concentrations did not differ between sepsis severity groups. The study was published in the June, 2020 issue of the International Journal of Infectious Diseases.