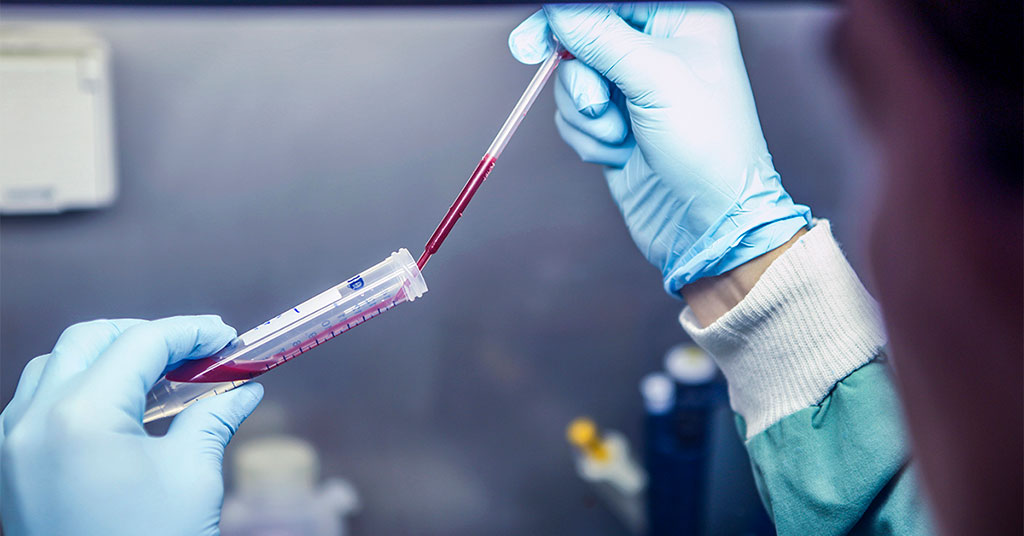 Image: A new blood test has been developed for detecting recent exposure to `relapsing` or vivax malaria (Photo courtesy of Mayeta Clark, Walter and Eliza Hall Institute, Australia)
An international research team has developed a diagnostic blood test – initially for the recurring form of vivax malaria – that can determine when an individual was exposed to a pathogenic microorganism, including the coronavirus that causes COVID-19.

To this end, they developed a panel of serological exposure markers capable of classifying individuals with recent Plasmodium vivax infections who had a high likelihood of harboring hypnozoites. The investigators measured IgG antibody responses to 342 P. vivax proteins in longitudinal clinical cohorts conducted in Thailand and Brazil and identified candidate serological exposure markers.

Candidate markers were validated using samples from year-long observational cohorts conducted in Thailand, Brazil, and the Solomon Islands and antibody responses to eight P. vivax proteins were shown to characterize P. vivax infections that had occurred during the previous nine months with 80% sensitivity and specificity. These eight antibody responses could serve as a biomarker panel, identifying individuals who should be targeted with anti-hypnozoite therapy.

"Many tests for immunity give a simple “yes or no” answer to whether someone has antibodies to the infectious agent," said senior author Dr. Ivo Mueller, joint head of the division of population health and immunity at Walter and Eliza Hall Institute. "In contrast, our test - which was initially developed to look at malaria infections - can pinpoint how long ago a person was exposed to an infection. This information is extremely valuable for tracking the spread of an infection in a population. Particularly in lower income countries it may not be possible to monitor the actual spread of the infection, but it is very helpful to look retrospectively at whether the infection has been spreading - and to monitor the effectiveness of infection control programs, and respond to disease resurgence. We will be working with the Australian biotech company Axxin (Fairfield, Australia) to develop a diagnostic test for malaria that can be deployed in the field, based on the immune markers our laboratory testing identified."

Dr. Mueller said, "We have already started to study the blood of people who have had COVID-19 infections to document the types of antibodies they carry. In the next six months we hope to have discovered how these antibodies change over time, meaning we can use this information to explore immunity in wider groups in the community. This is not a tool for diagnosing individual people, but rather for monitoring COVID-19 disease spread in populations."

The malaria antibody test was described in the May 11, 2020, online edition of the journal Nature Medicine.