Serum Siderocalin Measured in Patients with TB and HIV 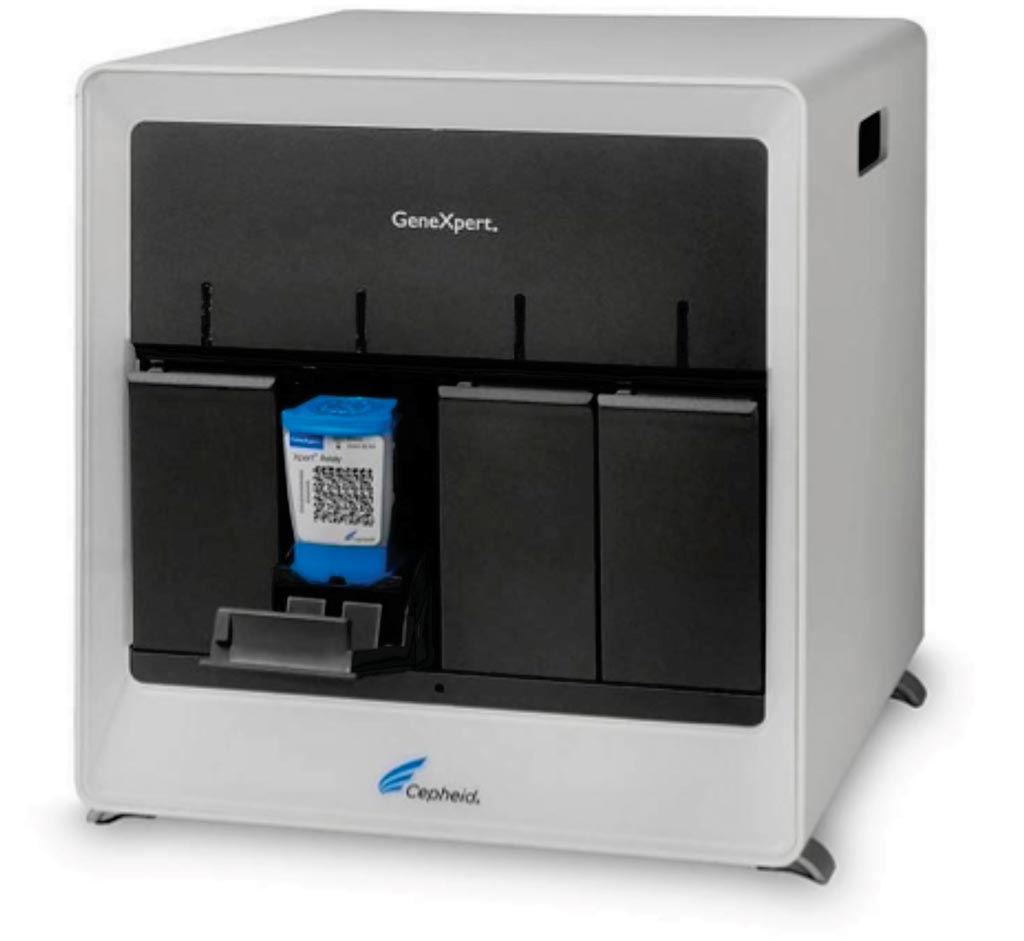 Image: The GeneXpert MTB/RIF assay is designed as a rapid diagnosis test of Tuberculosis (TB) and drug resistance (Photo courtesy of Cepheid).
Tuberculosis (TB) continues to be a significant cause of morbidity and mortality worldwide. The progression from uninfected or latently infected to active TB is often insidious and has minimal symptoms in the initial months, resulting in delayed diagnosis and poor outcomes.

Mycobacterium tuberculosis produces high-affinity siderophores that play essential roles in iron acquisition and tuberculosis (TB) pathogenesis. In response, host cells secrete a siderophore-binding protein, siderocalin, to limit the bacteria’s access to iron. Human immunodeficiency virus (HIV) infection is well known to be associated with enhanced susceptibility to TB, but it is not clear whether alterations in siderocalin levels contribute to this susceptibility.

TB was diagnosed by mycobacterial culture or Xpert MTB/RIF assay. Siderocalin was assayed using the neutrophil gelatinase-associated lipocalin (NGAL) enzyme-linked immunosorbent assay (ELISA) kit. The lower and upper limits of detection were 10 pg/mL and 1,000 pg/mL, respectively. Values outside these limits were recorded as being out of range.

The authors concluded that their results indicate that active TB leads to an up-regulation of serum siderocalin regardless of HIV status, whereas HIV infection leads to a down-regulation of serum siderocalin levels in both TBneg and TBpos individuals. Further studies are needed to evaluate siderocalin as a potential marker of active TB and to clarify its role in the pathogenesis of HIV-associated TB. The study was published in the August 2019 issue of the International Journal of Infectious Diseases.