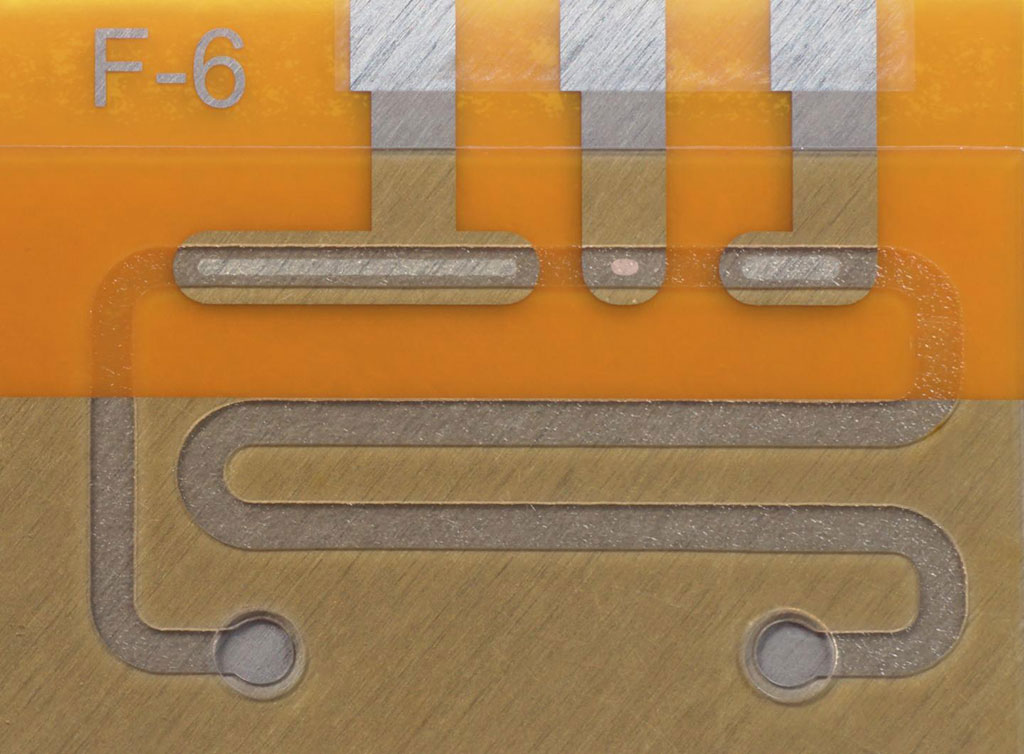 Image: Researchers introduced the first electrochemical CRISPR-based biosensor to help improve disease diagnostics (Photo courtesy of Richard Bruch, University of Freiburg)
A microfluidic chip containing a CRISPR/Cas-based electrochemical biosensor has been introduced as a device for the rapid and precise analysis of the microRNAs involved in various disease states.

CRISPRs (clustered regularly interspaced short palindromic repeats) are segments of prokaryotic DNA containing short repetitions of base sequences. Each repetition is followed by short segments of "spacer DNA" from previous exposures to a bacterial virus or plasmid. Since 2013, the CRISPR/Cas9 system has been used in research for gene editing (adding, disrupting, or changing the sequence of specific genes) and gene regulation. By delivering the Cas9 enzyme and appropriate guide RNAs (sgRNAs) into a cell, the organism's genome can be cut at any desired location. The conventional CRISPR/Cas9 system from Streptococcus pyogenes is composed of two parts: the Cas9 enzyme, which cleaves the DNA molecule and specific RNA guides that shepherd the Cas9 protein to the target gene on a DNA strand.

Investigators at the University of Freiburg (Germany) exploited the features of Cas13a by using it to power a microfluidic, integrated electrochemical biosensor for the on‐site detection of microRNAs. An RNA-containing serum sample was placed in the sensor. If it contained the target RNA, this molecule combined with a protein complex in the solution and activated the Cas cleavage enzyme. Following activation, the enzyme cleaved reporter RNAs that were attached to signaling molecules, generating an electrical current, which was measured electrochemically. This change indicated whether the target miRNA was present in the sample. If the target microRNA was not present, no current was generated.

The investigators showed that by employing this unique combination of agents, the quantification of the potential microRNA tumor markers miR‐19b and miR‐20a was achieved without nucleic acid amplification. The system required less than 0.6 microliters of sample, had a readout time of nine minutes, and an overall process time of less than four hours. Furthermore, the feasibility of the biosensor platform to detect miR‐19b in serum samples from children suffering from brain cancer, was demonstrated.

“Our electrochemical biosensor is five to 10 times more sensitive than other applications which use CRISPR/Cas for RNA analysis,” said contributing author Dr. Can Dincer, a research group leader in the department of microsystems engineering at the University of Freiburg. “What is special about our system is that it works without the replication of miRNA, because in that case, specialized devices and chemicals would be required. That makes our system low-cost and considerably faster than other techniques or methods.”

The CRISPR-based biosensor was described in the October 30, 2019, online edition of the journal Advanced Materials.