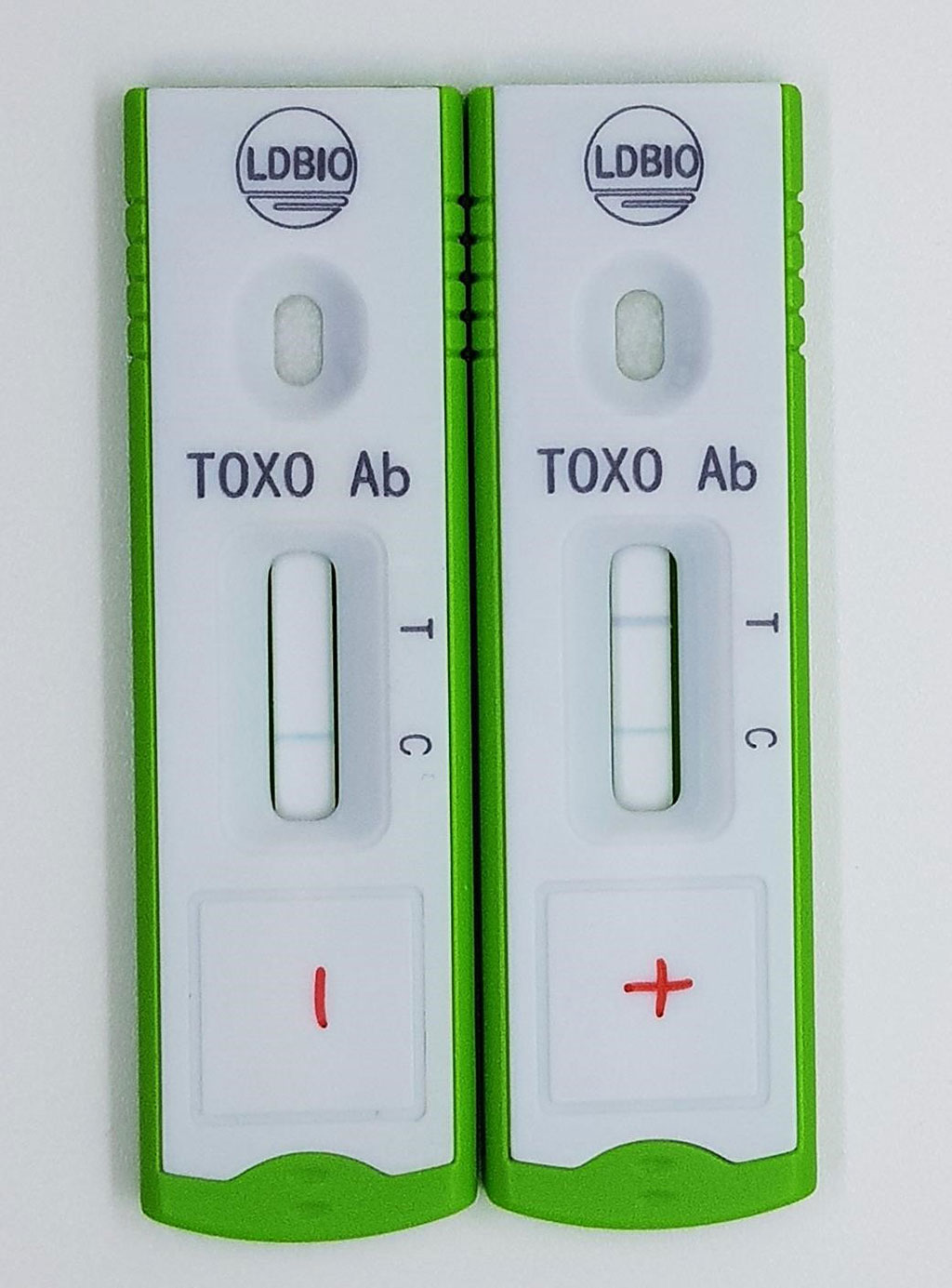 Image: TOXOPLASMA ICT IgG-IgM is a unitary qualitative rapid test based on the immune chromatography technology (lateral flow), allowing the simultaneous detection of both IgG and IgM class anti-Toxoplasma antibodies in human sera (Photo courtesy of LDBIO DIAGNOSTICS)
Toxoplasmosis is a disease that results from infection with the Toxoplasma gondii parasite, one of the world's most common parasites. Infection usually occurs by eating undercooked contaminated meat, exposure from infected cat feces, or mother-to-child transmission during pregnancy.

Medical Parasitologists at the Pasteur Institute of Tunis (Tunis, Tunisia) selected 39 sera collected during the period 2015 to 2018 in the setting of the routine Toxoplasma serological screening in pregnant women. Sera were selected according to their anti‐Toxoplasma IgM and IgG antibodies titers in “Platelia Toxo IgG, IgM” (Bio-Rad, Marnes-la-Coquette, France).

Western blot Toxo II IgG (LDBIO DIAGNOSTICS, Lyon, France) was performed for all the sera in order to precisely determine their exact Toxoplasma immune status. The LDBIO Toxoplasma ICT IgG‐IgM is a rapid, simple, qualitative test based on immunochromatography technology (ICT, lateral flow). A positive test reveals the presence of anti‐Toxoplasma antibodies, but does not distinguish between IgG and IgM classes.

The authors concluded that their results confirm the high sensitivity of Toxoplasma ICT IgG‐IgM in detecting both specific anti‐Toxoplasma IgG and IgM, and highlight the usefulness of this rapid test as a first or second‐line Toxoplasma serological test in pregnant women. The study was published on March 15, 2021 in the Journal of Clinical Laboratory Analysis.