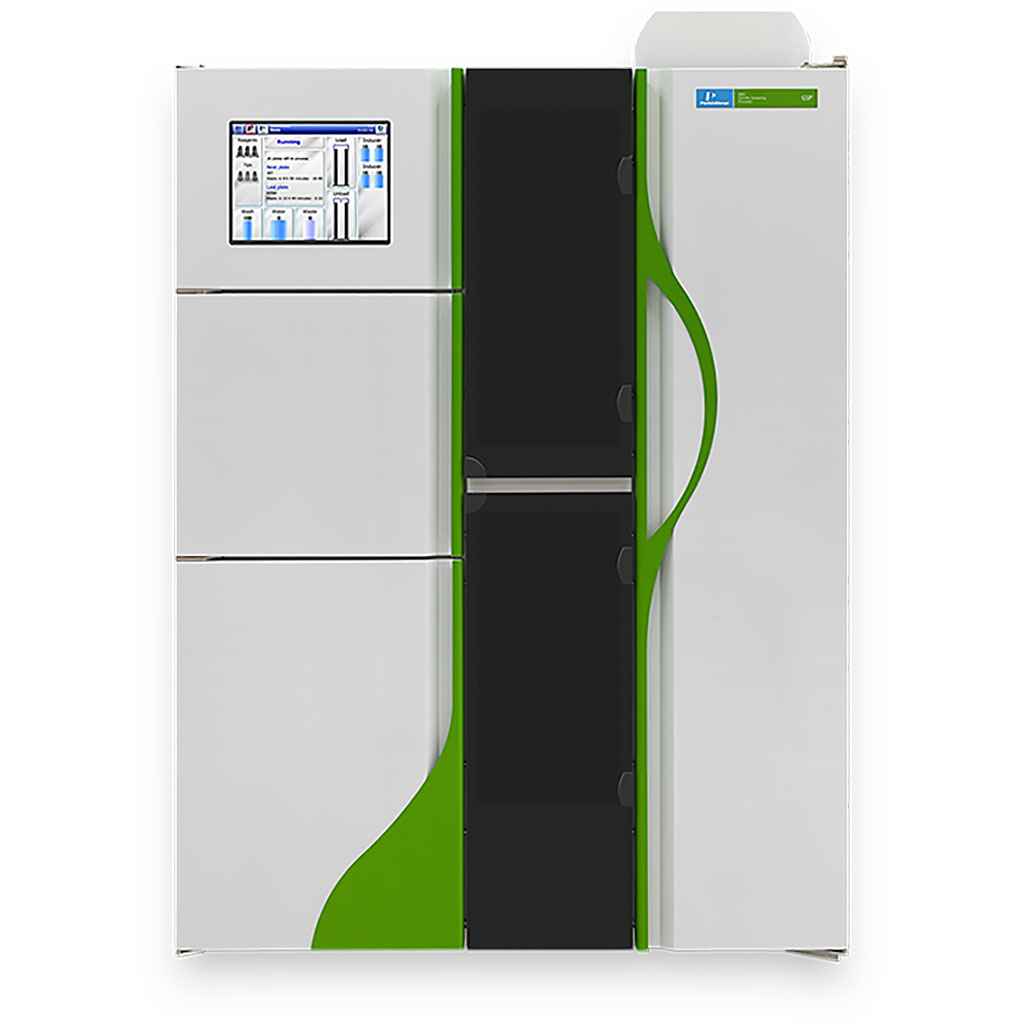 Image: The GSP instrument is a high throughput batch analyzer intended for quantitative or qualitative measurement of neonatal screening samples on 96-well microplates (Photo courtesy of PerkinElmer).
Congenital heart disease (CHD) is the most common congenital malformation in humans worldwide. Circulating cardiovascular biomarkers could potentially improve the early detection of CHD, even in asymptomatic newborns.

The amino terminal fragment of the prohormone brain-type natriuretic peptide (NT-proBNP) test has been used in adults with cardiac failure. Evidence has found that the NT-proBNP test is useful in infants who require neonatal intensive care, children with pulmonary hypertension and cardiomyopathies, and children with various types of CHD.

Pediatricians at the University Teaching Hospital Ryhov (Jönköping, Sweden) and their colleagues prospectively enrolled healthy, term neonates born between July 1, 2018, and May 31, 2019 and compared them against retrospectively identified newborns with CHD born between September 1, 2003, and September 30, 2019. The CHD diagnosis was confirmed by echocardiography. Control newborns were followed-up for a minimum of one year using electronic patient records covering routine checkups and additional medical consultations.

Performed as early as two days after birth, a dried blood spot (DBS) test for NT-proBNP flagged 71% of the 34 tested babies with known CHD and 68% of the critical CHD cases. Combining the DBS test with pulse oximetry screening improved CHD detection to 82% and detection of critical CHD to 89%. Babies with CHD had a median NT-proBNP level of 17,240 ng/L based on the DBS test. Healthy controls had significantly lower NT-proBNP levels, with a median of 1,900 ng/L. A comparison of DBS and standard screening for NT-proBNP (laboratory analysis on 500 μL of blood in a collection tube containing EDTA as an anticoagulant) found the two tests to be highly correlated and in good agreement.

The authors concluded that the DBS NT-proBNP test discriminated well between healthy newborns and newborns with various types of CHD, including critical lesions. Additional reference values were established for days two to four of life, reflecting the timing of common newborn screening programs. The study was published on December 2, 2020 in the journal JAMA Network Open.