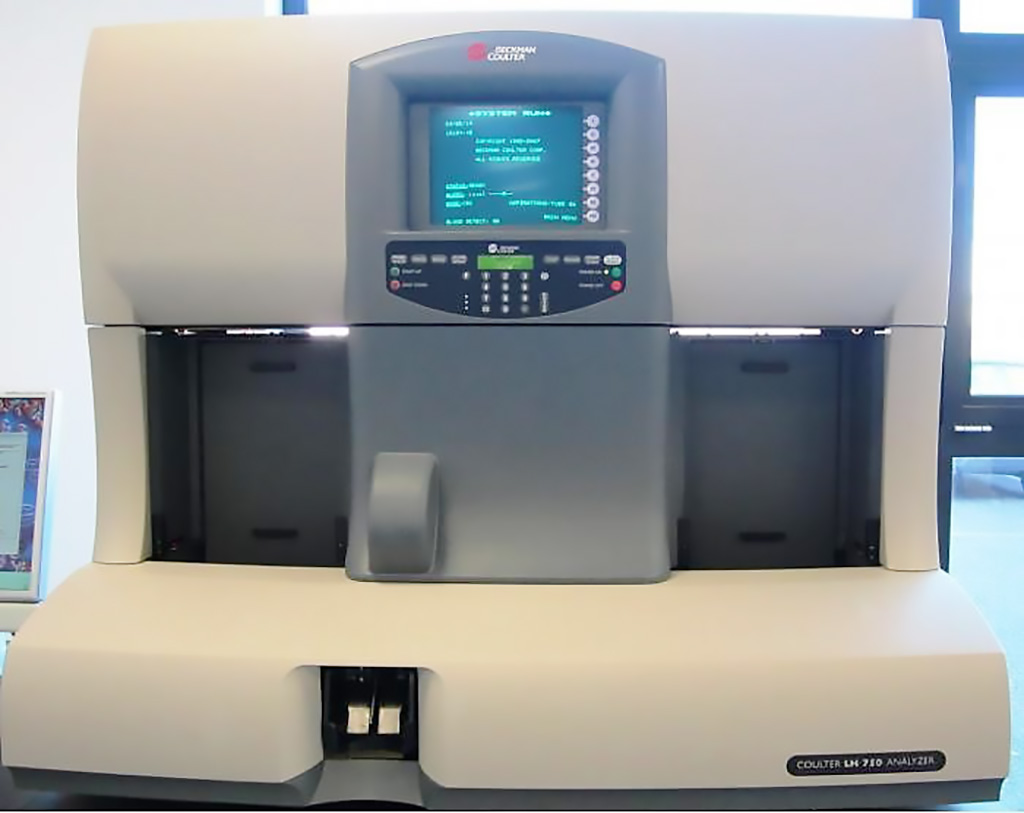 Image: The LH 750 hematology analyzer is equipped with advanced technologies with nucleated red blood cell (NRBC) enumeration and random access capabilities (Photo courtesy of Fameco Medical)
Dengue fever (DF) is currently one of the most severe public health problems. Each year, an estimated 390 million dengue infections occur around the world. Clinical presentations of dengue are diverse and non-specific, often with unpredictable clinical progression and outcome.

Severe dengue is a leading cause of serious illness and death among children and adults in some Asian and Latin American countries. It requires management by medical professionals in hospitals. Hepatic dysfunction and abnormal coagulation factors are common in acute dengue illness, reflected by abnormal alanine aminotransferase (AST), aspartate aminotransferase (ALT), activated partial thromboplastin time (aPTT), and platelet counts.

Medical scientists at the National Cheng Kung University (Tainan, Taiwan) performed a retrospective study using 20,213 laboratory test results from 4,069 patients who were diagnosed with DF at NCKUH, a major tertiary hospital in Tainan city, between January and December 2015. Only those dengue patients who had at least one of the laboratory diagnosis criteria were included.

The authors concluded that the AST, ALT, and platelet counts should be monitored closely from Day 0 to Day 3 of dengue infection, and aPTT be followed up on Day 5 of infection to identify the individuals at risk for early mortality. The study was published on December 5, 2019 in the journal PLOS Neglected Tropical Diseases.