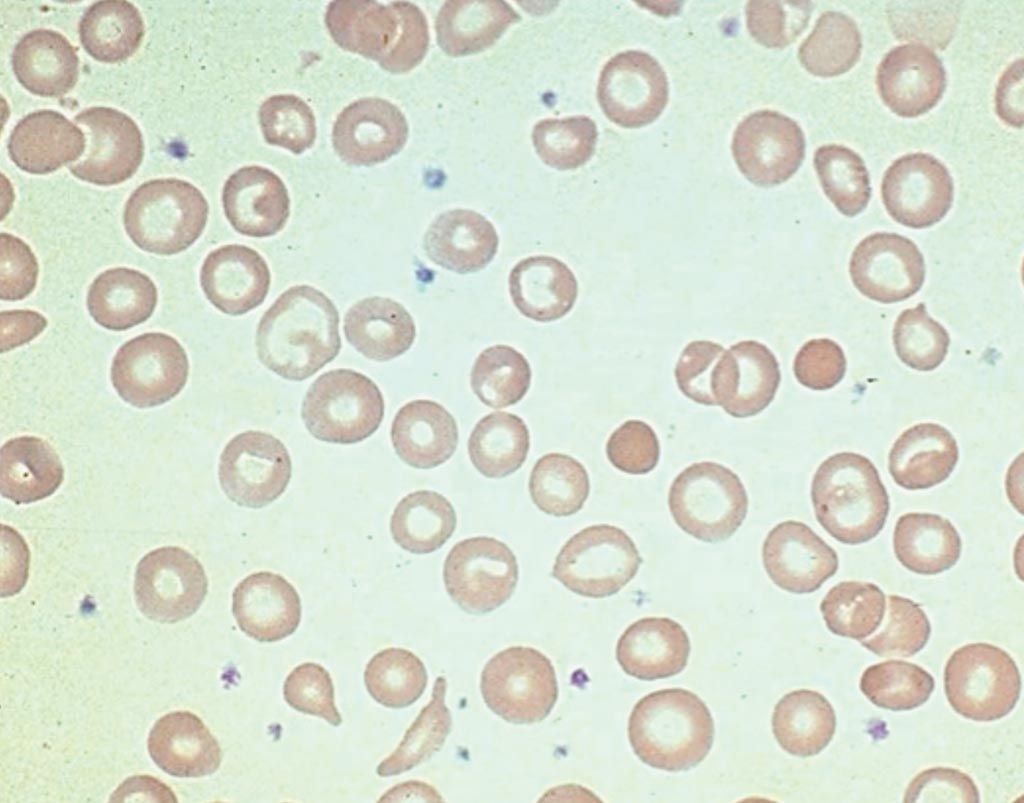 Image: A peripheral blood smear from a patient with iron deficiency anemia: significant hypochromia and microcytosis is seen, as well as moderate variation in size and shape of the red cells (Photo courtesy of American Society of Hematology).
The risk of iron deficiency (ID) increases during pregnancy due to an increase in maternal iron requirements to accommodate the expansion of maternal red blood cell (RBC) mass, development of the placenta and fetus, and the loss of blood associated with labor and delivery.

Fortunately, early detection of ID and treatment with daily iron supplementation is a straightforward and effective method of addressing ID. Iron deficiency and ID anemia (IDA) can be detected using simple blood tests of hemoglobin and ferritin, but often go unrecognized and untreated due to lack of knowledge of their implications and competing clinical priorities.

The authors concluded that the introduction of a standardized toolkit including diagnostic and management pathways as well as other aids increased ferritin testing and decreased the incidence of anemia among women presenting for delivery at their site. This strategy also resulted in reduced proportions of women receiving RBC transfusion during pregnancy and in the first eight weeks postpartum. The IRON MOM toolkit is a low-tech strategy that could be easily scaled to other settings.