Cocktail of Molecules Induces Astrocytes to Transform into Neurons 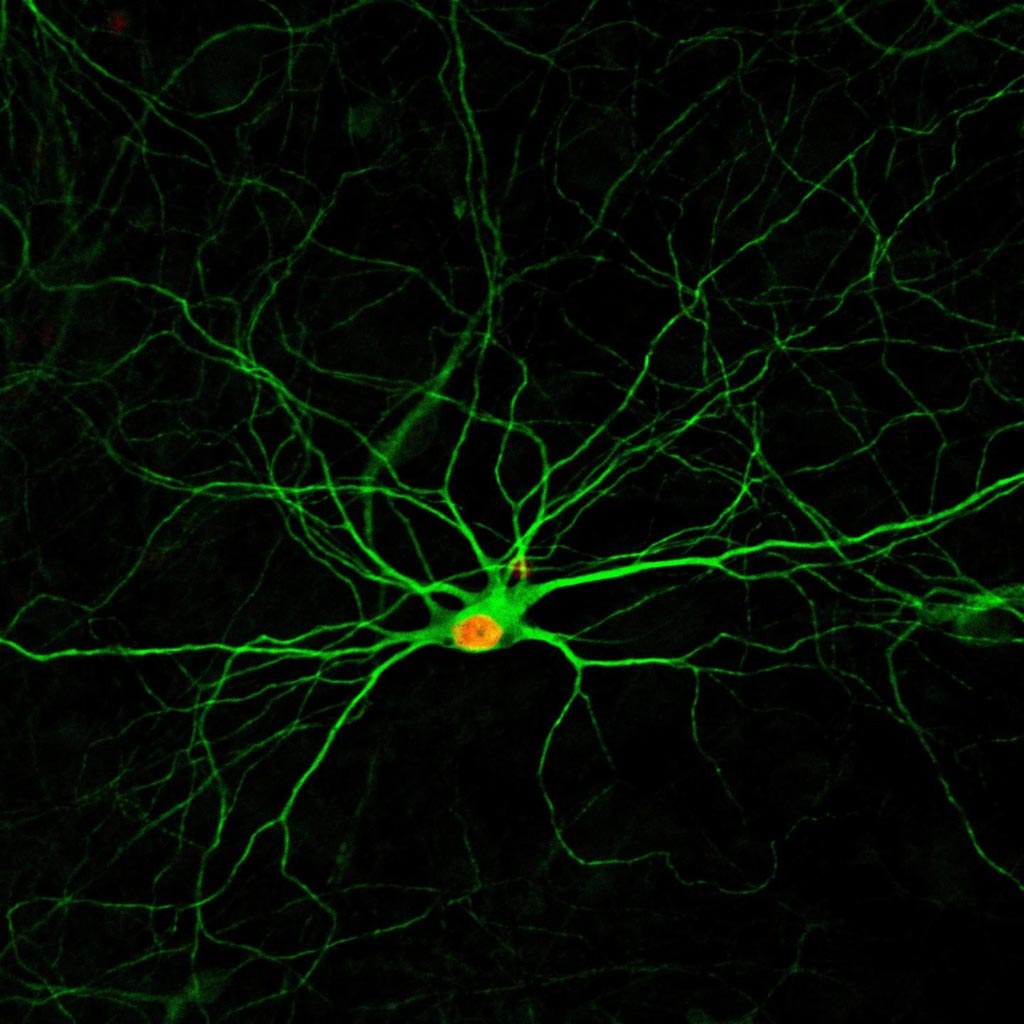 Investigators at Pennsylvania State University (University Park, USA) had previously developed a cocktail of nine small molecules to convert human fetal astrocytes into neurons, but a nine-molecule recipe was difficult to use for clinical applications.

The investigators reported in the February 7, 2019, online edition of the journal Stem Cell Reports that modulation of three to four signaling pathways among the Notch, glycogen synthase kinase 3, transforming growth factor beta, and bone morphogenetic protein pathways was sufficient to induce an astrocyte to transform into a neuron. By using four molecules they could efficiently convert up to 70% of human astrocytes into functional neurons. A cocktail of three of the small molecules also converted astrocytes into neurons, but the conversion rate dropped by about 20%.

"The biggest problem for brain repair is that neurons do not regenerate after brain damage, because they do not divide," said senior author Dr. Gong Chen, professor of biology at Pennsylvania State University. "In contrast, glial cells, which gather around damaged brain tissue, can proliferate after brain injury. I believe turning glial cells that are the neighbors of dead neurons into new neurons is the best way to restore lost neuronal functions."

"The most significant advantage of the new approach is that a pill containing small molecules could be distributed widely in the world, even reaching rural areas without advanced hospital systems," said Dr. Chen. "My ultimate dream is to develop a simple drug delivery system, like a pill, that can help stroke and Alzheimer's patients around the world to regenerate new neurons and restore their lost learning and memory capabilities. Our years of effort in discovering this simplified drug formula take us one step closer to reaching our dream."