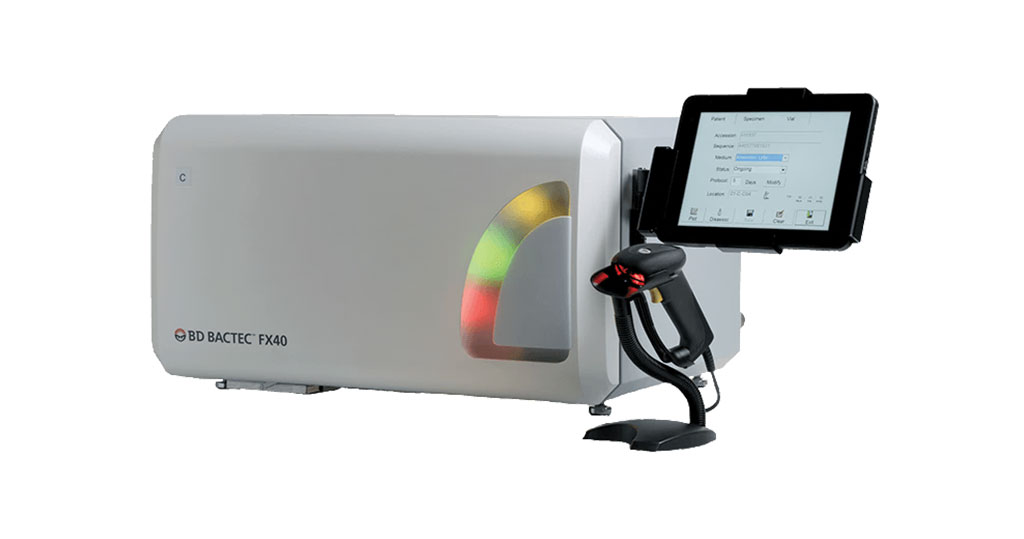 Image: The BD Bactec FX40: the blood culturing instruments used with patented resin-containing media have shown higher rates of organism recovery, allowing for proper diagnosis and treatment of bloodstream infections (Photo courtesy of Becton, Dickinson and Company).
Enteroviral meningitis (EVM) are the most common etiological agent for viral encephalitis, and are predominantly reported among children and always present as a milder clinical illness than other infectious causes which only need supportive therapy.

However, bacterial meningitis (BM) is still associated with a high morbidity and mortality rate. Appropriate antibiotics treatment is essential to optimize outcomes. Cytokines are regarded as having important roles in meningeal inflammation in patients with central nervous system (CNS) infection.

The scientists reported that 43 patients were confirmed with meningitis, 27 patients with EVM, and 16 with BM. Children with EVM were older compared with BM and control group. Serum IL‐6 and serum IL‐10 were lower in EVM group than BM and control group. IL‐6, IL‐10, and IFN‐γ levels showed obviously increase in CSF in EVM group, while only IL‐6 increased in CSF in BM group. CSF concentrations of cytokines IL‐6, IL‐10, TNF, and IFN‐γ in children with EVM and BM were both higher than control group, but compared EVM group to BM group, CSF IL‐2, TNF, and IFN‐γ showed no difference between two groups.