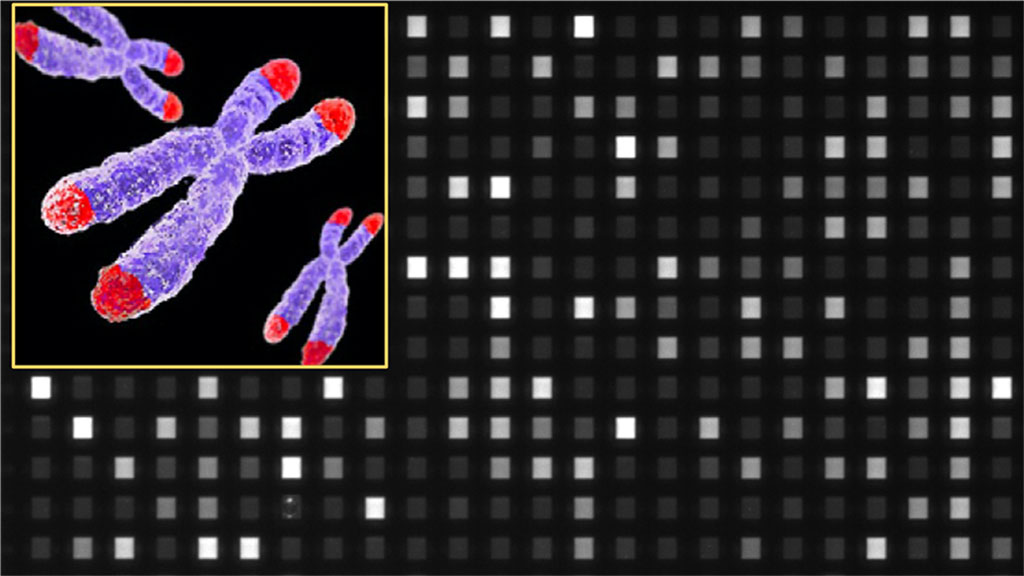 Genomic studies have shown that telomere length is a promising biomarker for age-associated diseases and cancer. A telomere is a region of repetitive nucleotide sequences at each end of a chromosome, which protects the end of the chromosome from deterioration or from fusion with neighboring chromosomes. In humans, average telomere length declines from about 11 kilobases at birth to fewer than four kilobases in old age, with the average rate of decline being greater in men than in women. Cancer cells have developed mechanisms to modify and maintain the length of their telomeres, as a means to allow them to grow continually. Currently, clinical analysis of telomeres is rarely carried out due to the lack of a simple and rapid measurement technique.

The STAR method, which is based on DNA microarray technology, can measure the absolute telomere length of individual telomeres in less than three hours for up to 48 samples from low amounts (less than one nanogram) of extracted DNA. Moreover, the STAR assay has a wide dynamic range of measurement, as it is capable of measuring telomere lengths from 0.2 to 320 kilobases.

The investigators used the STAR approach to characterize human cancer cell lines and human clinical samples. They reported detecting the telomere maintenance mechanism of each sample accurately based on telomere length distributions. This enabled them to diagnose patients with cancers activated by the Alternative Lengthening of Telomere (ALT) pathway, such as certain sarcomas and gliomas. In particular, the STAR assay was effective in diagnosing the ALT status in pediatric neuroblastoma, which can serve as a useful prognosis indicator for this cancer.

"Our innovation could greatly enhance the speed of diagnosis and simultaneously provide critical telomere information for age-related diseases and cancers. Such a clinically reliable tool that is able to provide accurate telomere profiling will allow for precision therapy and targeted treatments for patients," said senior author Dr. Cheow Lih Feng, assistant professor of biomedical engineering. "The combination of rapid workflow, scalability, and single-molecule resolution makes our system unique in enabling the use of telomere length distribution as a biomarker in disease and population-wide studies. It will be particularly useful for diagnosing telomere maintenance mechanisms within clinical time scales, to determine personalized, therapeutic, or preventive strategies for patients."

The STAR assay was described in the August 21, 2020, online edition of the journal Science Advances.