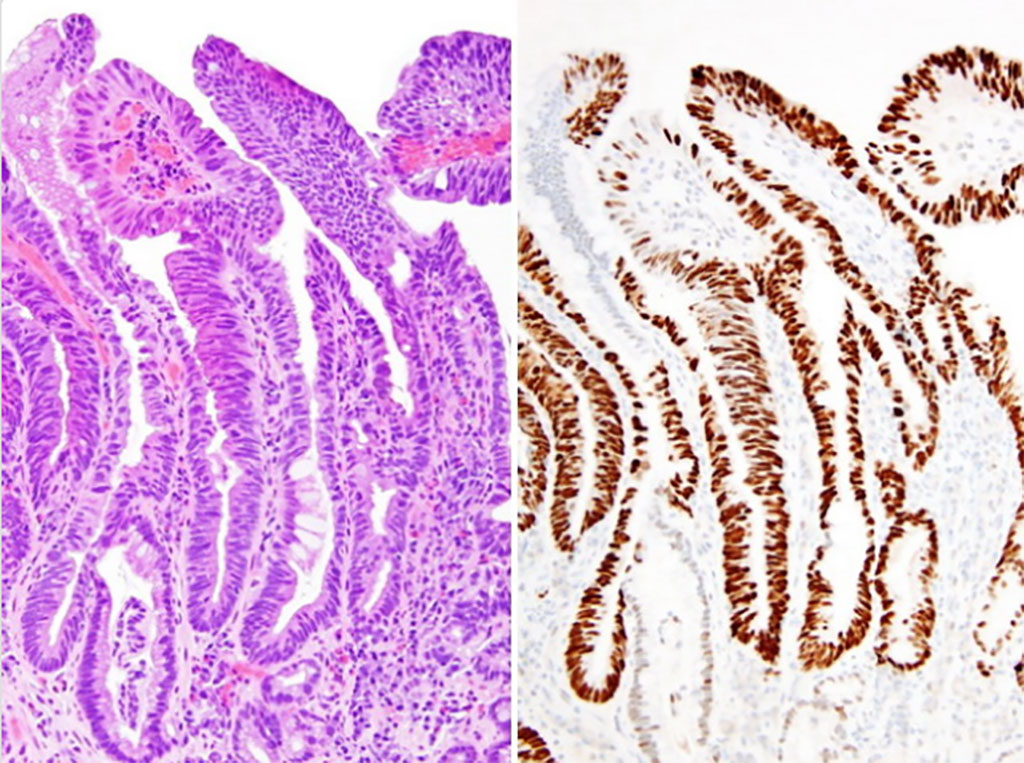 Endoscopic surveillance is recommended for patients with Barrett's esophagus because, although the progression risk is low, endoscopic intervention is highly effective for high-grade dysplasia and cancer. However, repeated endoscopy has associated harms and access has been limited during the COVID-19 pandemic. We aimed to evaluate the role of a non-endoscopic device (Cytosponge) coupled with laboratory biomarkers and clinical factors to prioritize endoscopy for Barrett's esophagus.

A non-endoscopic esophageal cell collection device known as the Cytosponge, coupled with a biomarker test for trefoil factor 3 (TFF3), has been shown to increase detection of Barrett's esophagus ten times over the current standard of care. As a logical extension of this finding, additional biomarkers could be applied to Cytosponge to identify dysplasia and carcinoma.

A large team of Medical Scientists at the MRC Cancer Unit at the University of Cambridge (Cambridge, UK) conducted a retrospective, multicenter, cross-sectional study in patients older than 18 years who were having endoscopic surveillance for Barrett's esophagus, with intestinal metaplasia confirmed by TFF3 and a minimum Barrett's segment length of 1 cm. Participants were divided into training (n=557) and validation (n=334) cohorts to identify optimal risk groups.

After retrieval, the Cytosponge was placed in SurePath Preservative Fluid (TriPath Imaging, Burlington, NC, USA) and kept at 4 °C. Both atypia and p53 immunohistochemistry were performed on formalin-fixed, paraffin-embedded slides from the Cytosponge. Atypia was assessed on the haematoxylin and eosin slide and included both clear dysplasia and atypia of unknown significance. A p53 immunohistochemistry (Novocastra Laboratories, Newcastle, UK) on the BondMax autostainer with the Leica Bond Polymer Detection kit (Leica Biosystems, Milton Keynes, UK) staining with an intensity of 3 was considered significant.

The investigators reported that the prevalence of high-grade dysplasia or cancer determined by the current gold standard of endoscopic biopsy was 17% (92/557 patients) in the training cohort and 10% (35/344) in the validation cohort. From the new biomarker analysis, three risk groups were identified: high risk, defined as atypia or p53 overexpression or both on Cytosponge; moderate risk, defined by the presence of a clinical risk factor (age, sex, and segment length); and low risk, defined as Cytosponge-negative and no clinical risk factors.

The risk of high-grade dysplasia or intramucosal cancer in the high-risk group was 52% (68/132 patients) in the training cohort and 41% (31/75) in the validation cohort, compared with 2% (5/210) and 1% (2/185) in the low-risk group, respectively. In the real-world setting, Cytosponge results prospectively identified 39/223 (17%) patients as high risk (atypia or p53 overexpression, or both) requiring endoscopy, among whom the positive predictive value was 31% (12/39 patients) for high-grade dysplasia or intramucosal cancer and 44% (17/39) for any grade of dysplasia.

The authors concluded that Cytosponge atypia, p53 overexpression, and clinical risk factors (age, sex, and segment length) could be used to priorities patients for endoscopy. Further investigation could validate their use in clinical practice and lead to a substantial reduction in endoscopy procedures compared with current surveillance pathways. The study was published on February 01 2022 in the journal The Lancet Oncology.