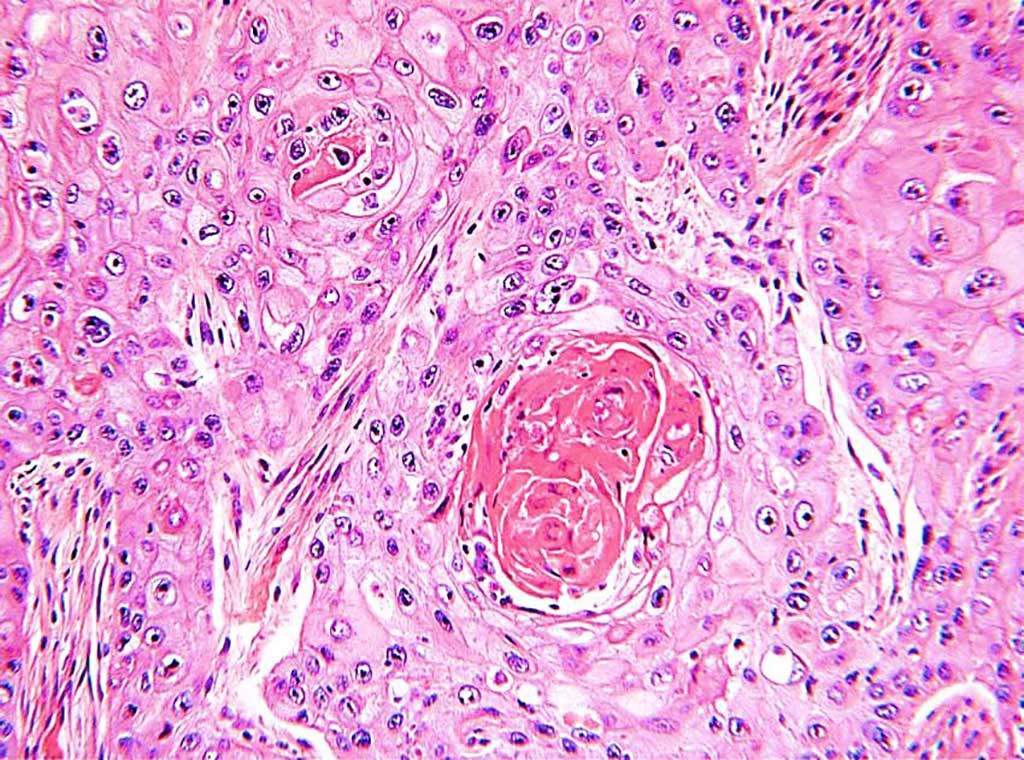 Image: Histological sections of a moderately well differentiated squamous cell carcinoma of the lung showing infiltrating sheets and tongues of malignant squamous cells with whorls of keratin (Photo courtesy of Department of Health Western Australia).
Genomic blood tests for cancer screening and early detection have become the focus of attention in the molecular diagnostic space, though most activity so far has been either toward pan-cancer screening tools, or in a few other specific tumor types like colorectal cancer, where tests hope to vie against colonoscopy and existing stool-based methods.

Radiologic screening of high-risk adults reduces lung-cancer-related mortality; however, a small minority of eligible individuals undergo such screening in the USA. The availability of blood-based tests could increase screening uptake. A novel circulating tumor DNA (ctDNA) detection assay has been developed that could help physicians screen individuals at risk for lung cancer.

A large team of scientists at Stanford University (Stanford, CA, USA) and their colleagues have described a method, called Lung-CLiP (lung cancer likelihood in plasma), involves targeted sequencing of cell-free DNA (cfDNA) from plasma and matched white blood cell DNA to assess copy number and single nucleotide variants, coupled with a machine learning model that estimates the probability that a cfDNA mutation is tumor-derived. The estimate is based on biological and technical features specific to each variant, such as background frequency, cfDNA fragment size, the gene affected, and the likelihood of clonal hematopoiesis.

Ash Alizadeh, MD, PhD, an associate professor of Oncology and a senior author of the study, said, “Lung-CLiP could help increase the rate of early detection. This would be analogous to how stool-based testing proposes to improve screening for colorectal cancers, especially in populations where adoption of colonoscopy is lower than currently recommended.” The study was published on March 25, 2020 in the journal Nature.