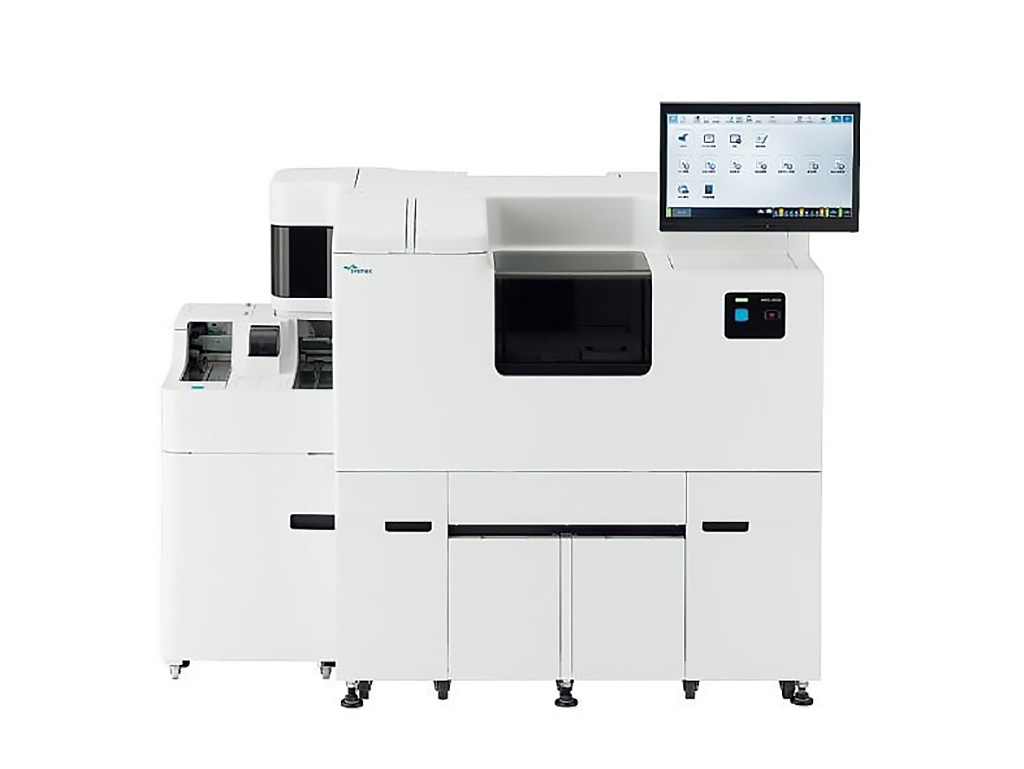 Image: The HISCL-5000 is a fully automated immunoassay analyzer with a throughput of 200 tests per hour. The incubation time for each parameter is 17 minute and allows each laboratory to achieve maximum efficiency and productivity (Photo courtesy of Sysmex Corporation).
Interstitial lung disease (ILD) is a group of diseases characterized by various forms of pulmonary interstitial inflammation and fibrosis, which are usually chronic, progressive, and fatal, causing death 2‐5 years after diagnosis in most patients.

The sputum saccharide chain antigen, Krebs von den Lungen‐6 (KL‐6), is a serum biomarker of lung injury. Since the most important feature of ILD is repeated damage or repair of type II alveolar epithelial cells, KL‐6 is secreted by these cells, and therefore KL‐6 is considered the most accurate biomarker in the diagnosis of ILD.

Immunologists at The First Affiliated Hospital of Guangzhou Medical University (Guangzhou, China) and their associates collected serum samples from 145 individuals between May 2018 and October 2018. Of 145 subjects, 25 had lung cancer, 56 had ILD, 35 had other respiratory diseases, and 29 were healthy individuals (control group) who underwent regular health checkup. There were 83 (57.24%) men and 62 women with a median age distribution of 56 years (interquartile range: 46-67).

The scientists evaluated the basic performance of KL‐6 assays using the HISCL‐5000 analyzer (Sysmex Corporation, Kobe, Japan), a fully automated immunochemistry analyzer that employs a chemiluminescence enzyme immunoassay (CLEIA) methodology with a two‐step sandwich immunoassay. The results were compared with those from the LUMIPULSE G1200 analyzer (Fujirebio Europe N.V., Zwijnaarde, Belgium). The analytical measurement ranges of HISCL‐5000 and LUMIPULSE G1200 were 10‐6,000 U/mL and 50‐10,000 U/mL, respectively.

The authors concluded that the HISCL‐5000 CLEIA system has a high diagnostic efficiency. The method can be applied to the quantitative detection of serum KL‐6 in patients with respiratory diseases. Compared with those in other respiratory diseases, the serum KL‐6 level in patients with ILD is significantly increased, suggesting that clinicians can use KL‐6 in the auxiliary diagnosis of ILD. The study was published on November 6, 2019 in the Journal of Clinical Laboratory Analysis.