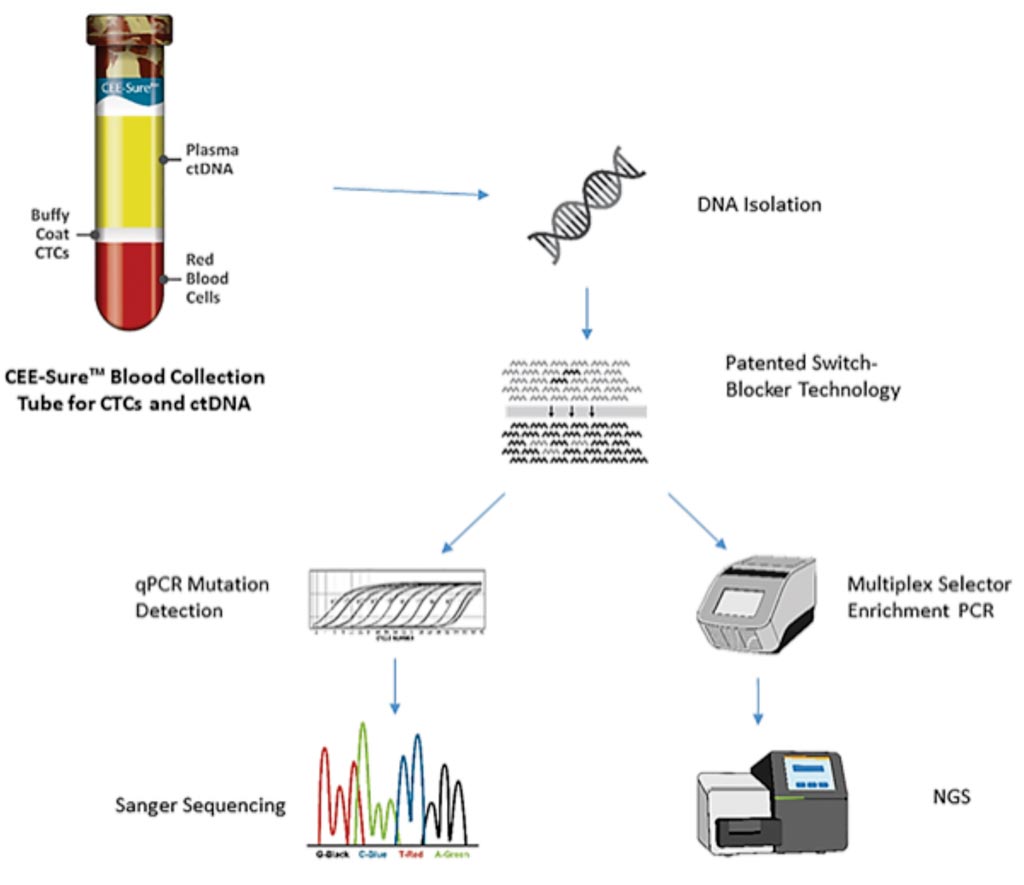 The use of liquid biopsies for precision medicine for the stratification of patients using biomarkers associated with targeted therapies is an emerging trend in oncology that is gaining adoption for guiding therapeutic decisions in cancer management.

A team of scientists working for the commercial company Biocept Inc, (San Diego, CA, USA) presented a detailed description of the company's Target Selector approach, including a wild-type suppression method the firm has come to call "switch blocker." They also reported strong reproducibility, and analytical sensitivity and specificity across five genes, matching closely some of the other high-sensitivity polymerase chain reaction (PCR) methods that are also being used in the clinic and/or marketed as kit products.

More than 600 samples were used to demonstrate analytical sensitivity, and each of the five targets studied: EGFR exon 19 deletions, L858, and T790 mutations, BRAF V60, and KRAS G12/G13 and demonstrated an analytical sensitivity of 0.02% or better and only a single false negative, from a BRAF assay, was observed in 667 tests performed. Another 560 tests were performed to calculate analytical specificity, which Biocept reported was greater than 99% for all the target alterations. The company had two false positives across the assays after performing its full clinical testing protocol of quantitative polymerase chain reaction (qPCR), followed by Sanger sequencing and melt curve temperature cutoffs, which it uses to cull any non-specific amplification products.

The authors noted that, “While ddPCR is an extremely sensitive methodology it necessitates design and testing for each specific mutation within a hot spot region. For instance, evaluating the most common seven mutations in KRAS exon 2 (codons 12 and 13) requires running at least seven separate assays. Input DNA is required for each single-nucleotide variant (SNV), which may exhaust the available sample. In contrast, a single Target Selector assay covers the same two-codon hotspot with sensitivity for all SNVs. The study was published on October 3, 2019, in the journal PLOS ONE.