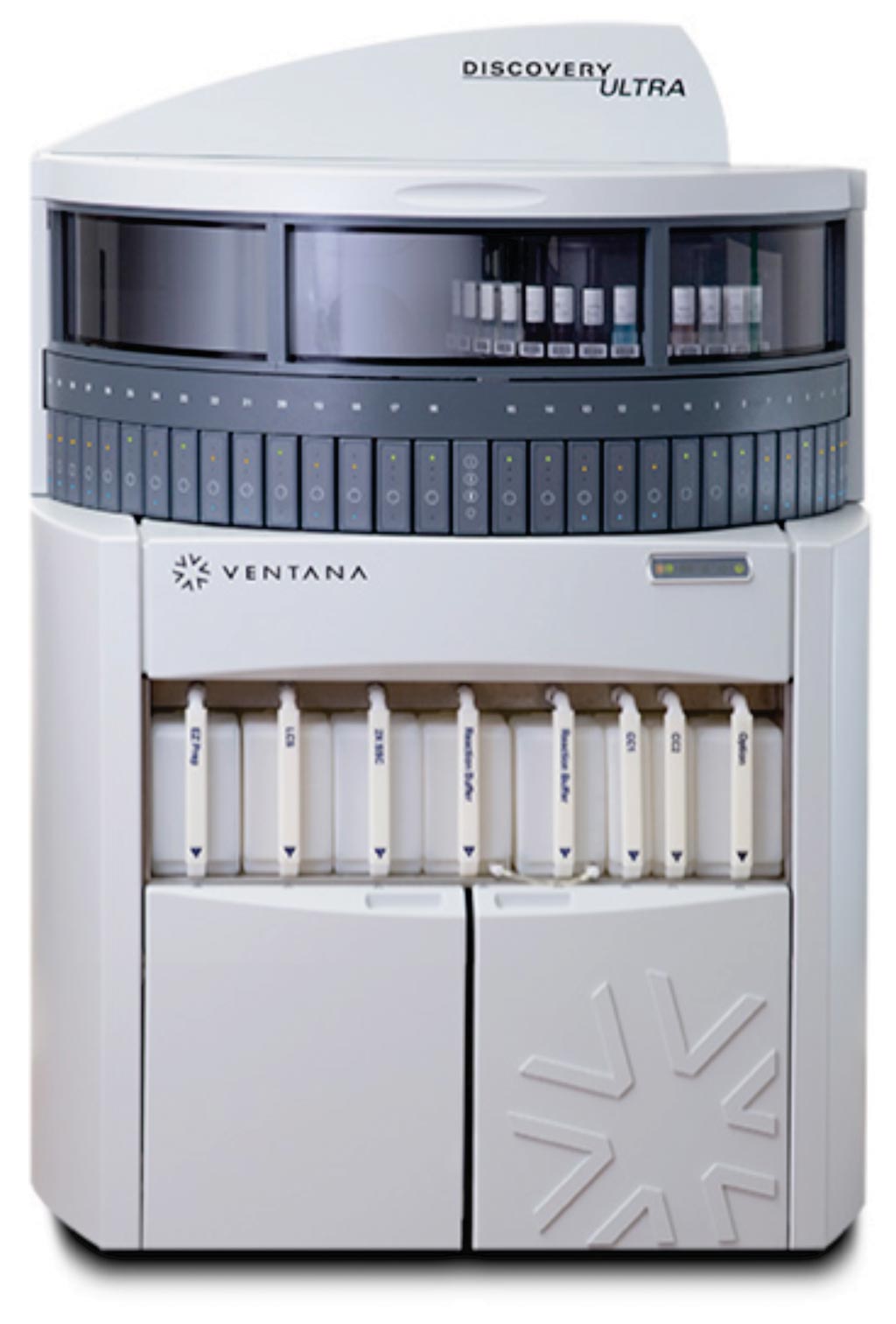 Image: The Ventana Discovery ultra biomarker platform stainer (Photo courtesy of Roche Diagnostics).
Metastatic mucinous tumors pose a unique diagnostic challenge for the surgical pathologist as their morphologic and clinical characteristics are often nonspecific. The colorectum is the most common site of origin.

The scientists reported that SATB2 demonstrated acceptable accuracy at low to moderate expression levels (H-scores of 1–4). With these H-score cutoffs, overall accuracy was greater than 90%. In contrast, CDX2's accuracy rivaled that of SATB2 only at an H-score of 5 (89.0%), as its specificity suffered at lower expression levels (<70.0% at H-scores of 1–4). Using a moderate H-score cutoff of 3 or higher, significant differences for both sensitivity and specificity were identified between SATB2 and CDX2, though these stains were near equivalent when each was interpreted as positive at its respective optimal H-score (SATB2 ≥ 3 and CDX2 = 5).

The authors concluded that SATB2 is a more accurate marker of colorectal origin across a variety of expression levels compared with CDX2 when applied to mucinous tumors from a host of primary sites. However, these stains are near equivalent when each is interpreted at its optimal expression level. The study was published in the September 2019 issue of the journal Archives of Pathology & Laboratory Medicine.