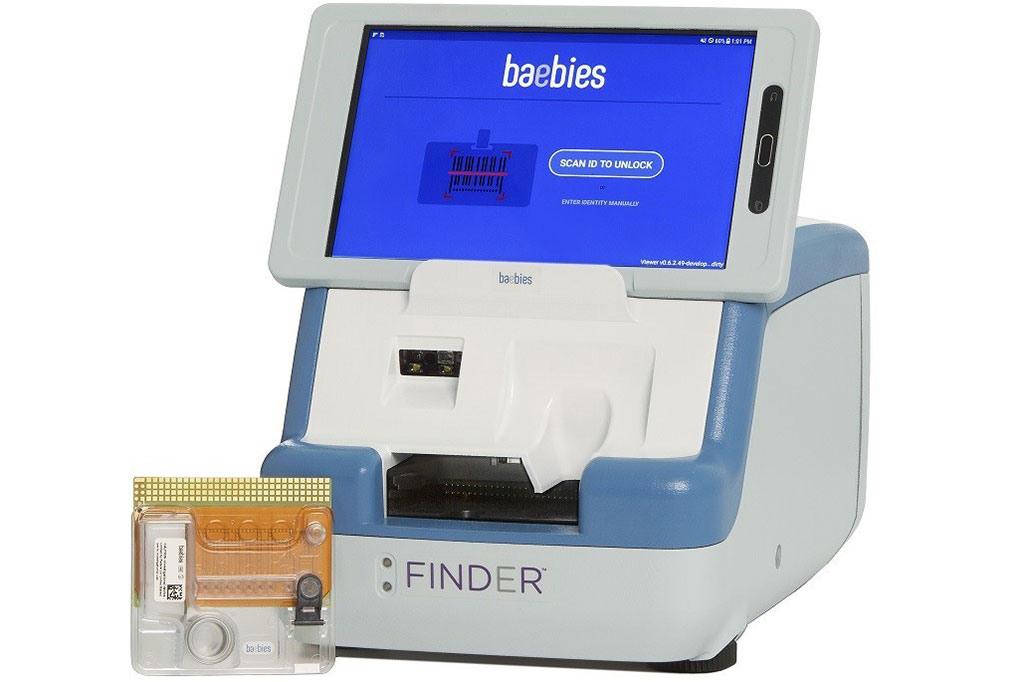 Glucose-6-phosphate dehydrogenase (G6PD) deficiency is the most common enzyme deficiency worldwide, affecting approximately 400 million people. A defect in the G6PD enzyme causes premature destruction of red blood cells, which are a key component of the oxygen carrying system. The most common clinical symptom associated with G6PD deficiency is hemolytic anemia, which occurs when red blood cells are destroyed faster than the body can replace them. This type of anemia leads to paleness, jaundice, dark urine, fatigue, shortness of breath, and a rapid heart rate. In addition to causing hemolytic anemia, G6PD deficiency is also a significant cause of mild to severe jaundice in newborns and in some cases, can lead to kernicterus. Therefore, early diagnosis of G6PD deficiency is critical to ensure children and adults living with G6PD deficiency receive the care they need to manage symptoms and prevent complications later on in life.

Baebies (Durham, NC, USA) has received U.S. Food and Drug Administration (FDA) 510(k) clearance for its rapid, point-of-care test for G6PD deficiency. The test is run on the FINDER platform, which features a toaster-sized instrument and a disposable cartridge. Using a 50 µL blood sample (one drop of blood), FINDER delivers results in approximately 15 minutes after sample introduction. Test results display G6PD enzyme activity in units per gram of hemoglobin and adjusted male median values. The company had announced completion of CE Mark for FINDER in December 2019.

The FINDER platform is powered by digital microfluidics (DMF) technology - a method to programmably manipulate tiny droplets of liquid by electrical control of surface tension on a disposable cartridge. DMF technology eliminates the need for mechanical pumps or valves for liquid handling, reducing the required sample volume and providing fast and reliable diagnostic results. G6PD deficiency is the first of several assays under development on the FINDER platform. Additional assays under development are focused on addressing unmet needs in hematology and infectious disease through multifunctional syndromic testing, where a seamless combination of multiple types of tests (molecular, chemistry, hematology, immunology, etc) are performed on a single platform to resolve the signs and symptoms associated with a clinical condition.

"This is a significant milestone not only for our company but for patients whose lives can be improved by detection of G6PD deficiency," said Richard West, co-founder and CEO of Baebies. "FINDER performs rapid testing from just one drop of blood, making testing easier and more accessible. With G6PD as the first FDA-cleared test on our FINDER platform, we look forward to adding many additional types of tests to the versatile and multifunctional platform."