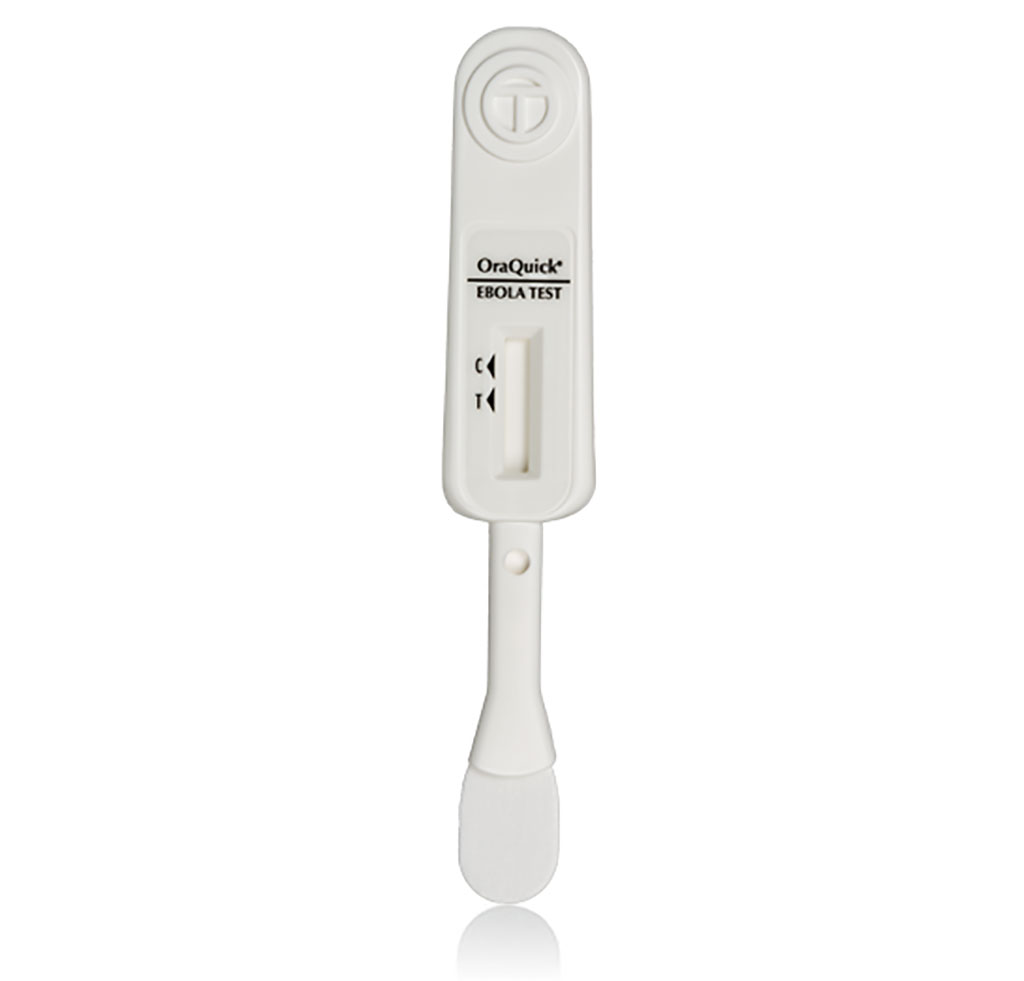 The Ebola Virus Disease (EVD), which is caused by the Ebola virus, is a severe, often fatal disease in humans that can spread through direct contact with blood or body fluids or objects contaminated with body fluids, as well as from the bodies of those who have died from the virus. EVD has led to several large outbreaks in Africa, including the West African Ebola epidemic that began in 2014 and was the largest outbreak of EVD in recorded history. The amount of Ebola virus when patients have severe symptoms of EVD is usually high; however, the amount of virus in samples taken early after infection when symptoms are not present yet or taken early during the course of EVD when symptoms are mild can be very low. Efforts are now on to develop a second-generation Ebola test that would offer improved sensitivity, increased shelf life, new chemistry and more automation when compared to the current test.

The OraQuick Ebola Rapid Antigen test from OraSure Technologies, Inc. (Bethlehem, PA, USA) is the only test today with a de novo authorization from the FDA and has been used extensively for Ebola cadaver testing in Africa with results available in 30 minutes. OraSure’s current OraQuick Ebola Rapid Antigen Test is de novo authorized for use with whole blood or cadaveric oral fluid. The test received de novo authorized from the FDA in 2019, making it the first and only rapid antigen test to receive authorization for the detection of Ebola virus. OraSure has now received a USD 8.6 million contract from the Biomedical Advanced Research and Development Authority (BARDA) to develop a second-generation Ebola test on the company’s OraQuick testing platform.

“We are proud to partner with BARDA to develop a 2nd generation Ebola test and help prevent the spread of a disease which impacts some of our most vulnerable global communities,” said Lisa Nibauer, President of Diagnostics for OraSure Technologies. “Whether it be our response to the HIV epidemic, our work to counter the global COVID-19 pandemic, or this project, OraSure has increasingly partnered with the United States Federal government to counter some of the largest public health challenges we face across the globe.”