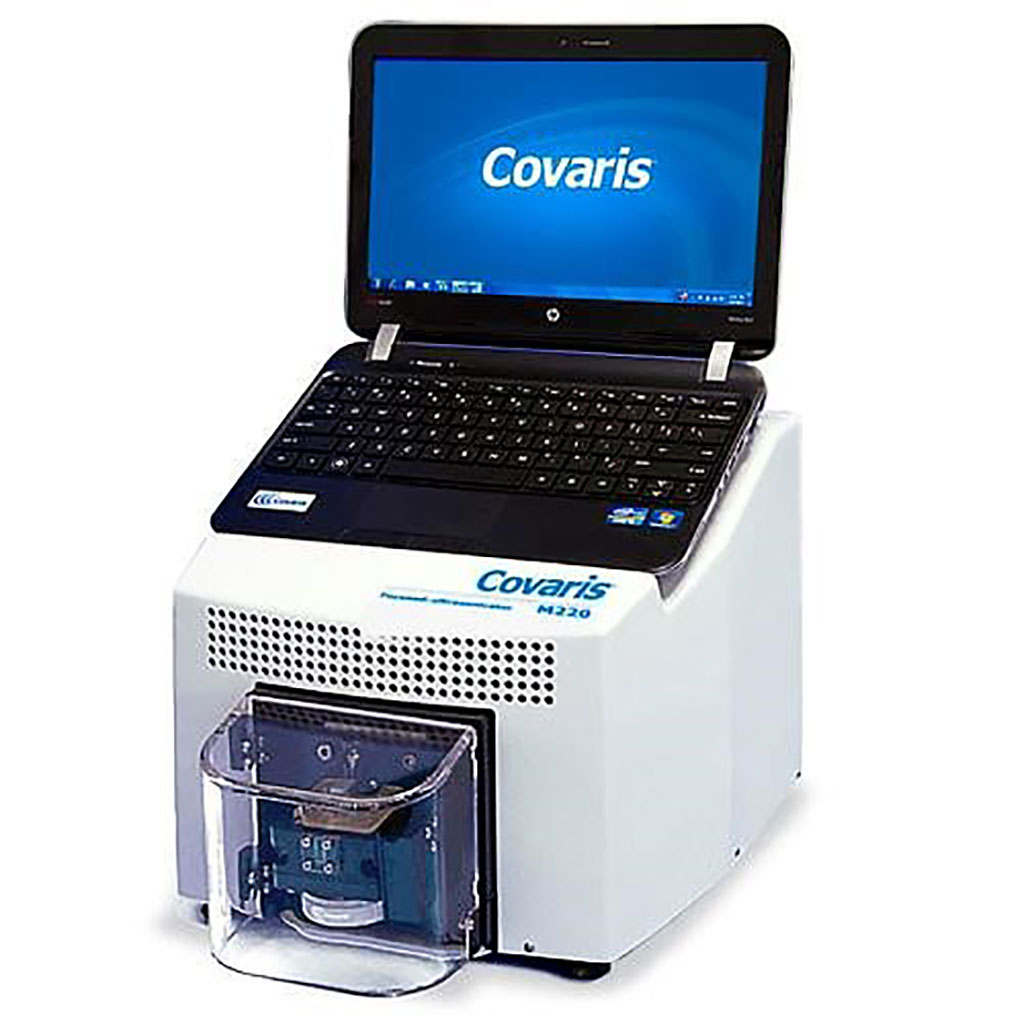 Image: The M220 Focused-ultrasonicator is used for DNA Shearing for Next-Generation Sequencing (Photo courtesy of Covaris).
The inflammatory bowel diseases Crohn’s disease (CD) and ulcerative colitis (UC) arise in the context of inappropriate activation of the intestinal immune system in response to an environmental trigger in individuals who are genetically predisposed.

Genetic discoveries of inflammatory bowel disease have been made primarily in populations of European ancestry and utilizing genome-wide genotype data. This predominance, combined with a focus on common alleles, has left the understanding of the role of rare variants among non-European populations incomplete.

A large team of multi-center multidisciplinary scientists led by the Emory University School of Medicine (Atlanta, GA, USA) sequenced the genomes of nearly 1,800 African Americans with inflammatory bowel diseases (IBD) and more than 1,600 unaffected controls with African ancestry from the USA. All DNA samples investigated in the study (a total of 3,610 before quality control [QC]) were processed and sequenced.

Genomic DNA extracted from the blood of sampled participants was fragmented to a target size of 385 bp fragments via a Covaris Focused-ultrasonicator (Woburn, MA, USA). Completed libraries were quantified with quantitative PCR kit (KAPA Biosystems, Wilmington, MA, USA), normalized to 2.2 nM, and were pooled into 24-plexes. Sample pools were combined with HiSeqX Cluster Amp Reagents EPX1, EPX2, and EPX3, and cluster generation was performed with the Illumina cBot and DNA libraries were sequenced with the HiSeqX sequencing system (Illumina, San Diego, CA, USA).

While the team's search did not unearth new loci with genome-wide significant ties to IBD, the genome sequence data and subsequent fine-mapping analyses suggested that several risk alleles occurred at different frequencies or had different effect sizes in the African American participants compared to individuals of European descent. For example, the major effect at PTGER4 fine maps to a single credible interval of 22 single-nucleotide polymorphisms (SNPs) corresponding to one of four independent associations at the locus in European ancestry individuals, but with an elevated odds ratio for Crohn’s disease in African Americans.

Subra Kugathasan, MD, a professor of pediatrics and human genetics and a senior author of the study, said, “Subtle differences influence the performance of polygenic risk scores, and we show that ancestry-appropriate weights significantly improve polygenic prediction in the highest percentiles of risk.”

The authors concluded that their analyses provide an example of how polygenic analysis needs to be adjusted for ancestry when considering ethnic disparities in healthcare. Frequency distributions of polygenic risk scores can differ markedly across populations, mostly because of deviations in allele frequencies, although ascertainment biases in discovering common variant associations are also a concern. The study was published on February 17, 2021 in the journal American Journal of Human Genetics.