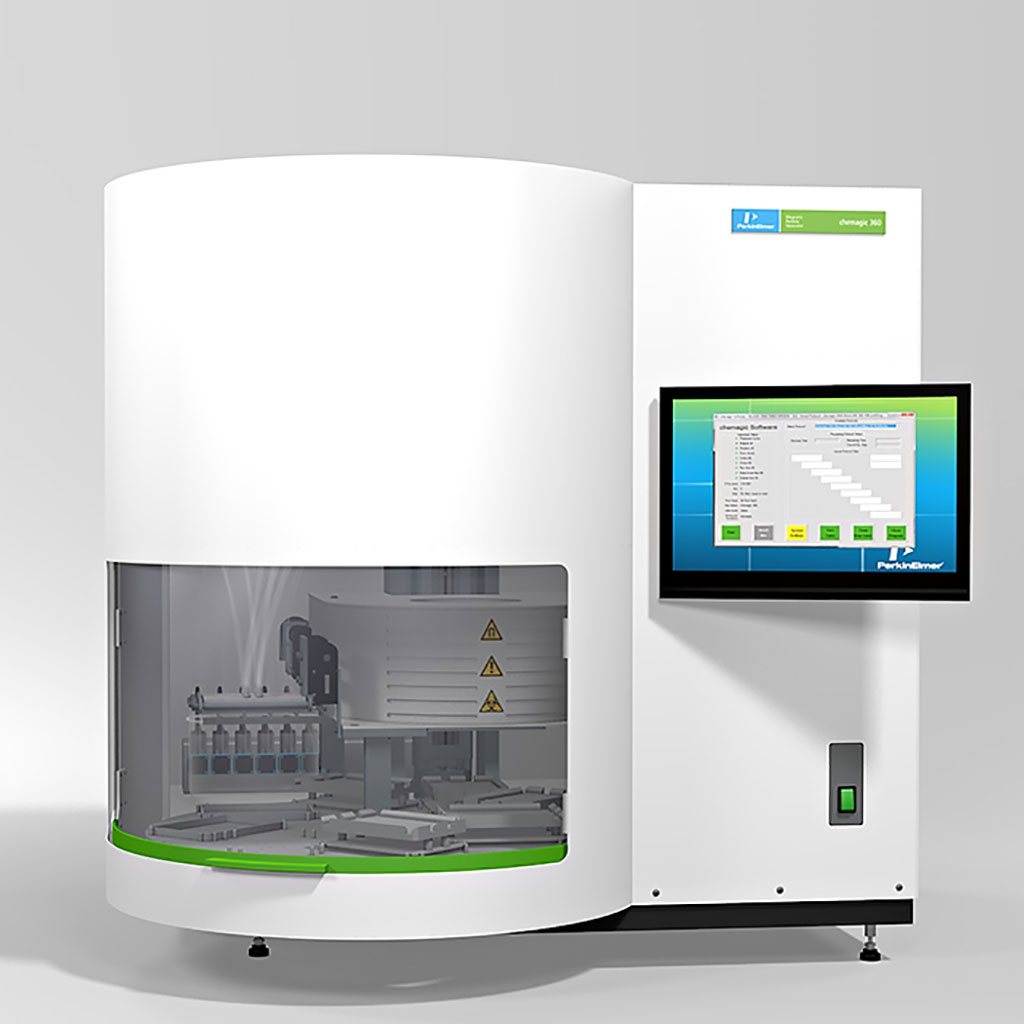 Image: The Chemagic 360 extracts DNA and uses transiently magnetized rods to attract the beads after binding to the nucleic acids (Photo courtesy of PerkinElmer).
There is considerable variation in disease behavior among patients infected with severe acute respiratory syndrome coronavirus 2 (SARS-CoV-2), the virus that causes coronavirus disease 2019 (COVID-19).

Severe COVID-19 with respiratory failure requires early and prolonged support by mechanical ventilation. Clinical associations have also been reported for hypertension, diabetes, and other obesity-related and cardiovascular disease traits, but the relative role of clinical risk factors in determining the severity of COVID-19 has not yet been clarified.

An international team of scientists led by the Kiel University (Kiel, Germany) conducted a genome-wide association study and meta-analysis encompassing thousands of COVID-19 patients treated at hospitals in Italy, Spain, Norway, and Germany. These included 1,980 individuals with PCR-confirmed SARS-CoV-2 infections who experienced respiratory failure as well as seemingly healthy control individuals from the same populations.

The authors concluded that they had identified a 3p21.31 gene cluster as a genetic susceptibility locus in patients with COVID-19 with respiratory failure and confirmed a potential involvement of the ABO blood-group system. The study was published on June 17, 2020 in The New England Journal of Medicine.