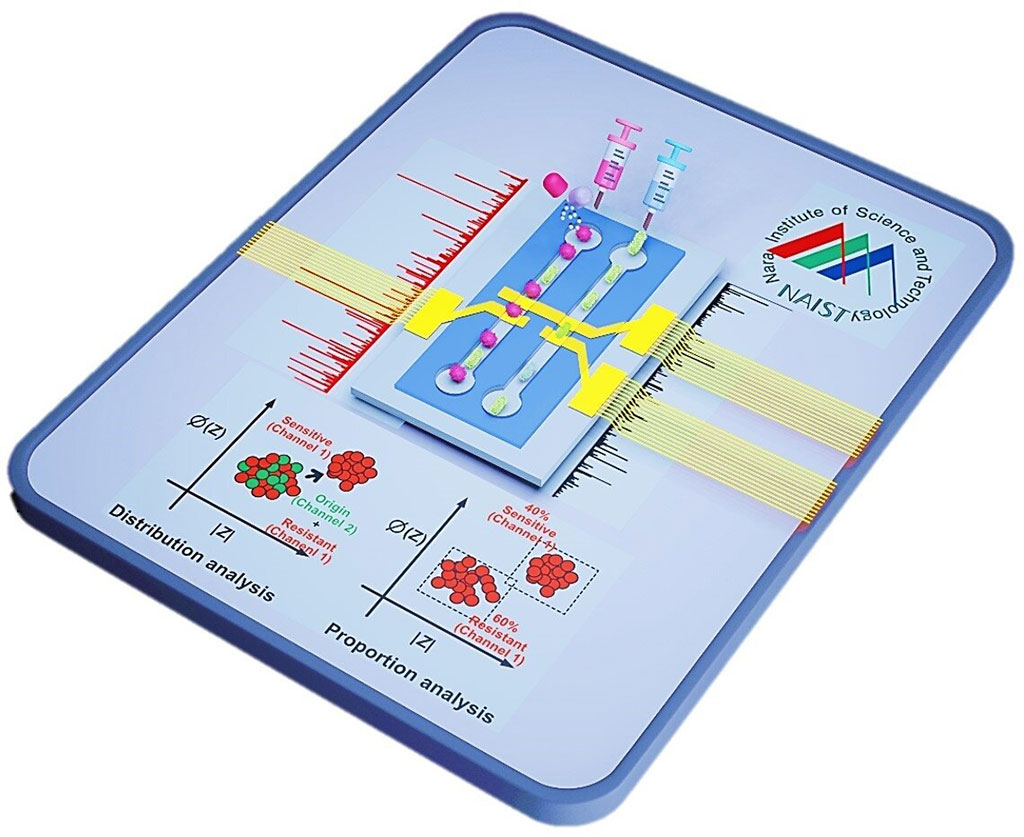 Antibiotic-resistant infections are responsible for killing over a million people worldwide every year. Central to managing resistant infections is quickly identifying an appropriate treatment to which the infective bacteria are susceptible. Significant time is needed to determine the drug susceptibility profile of a bacterial infection.

Impedance cytometry measures the dielectric properties of individual cells with high throughput, over a thousand cells per minute. Because the electrical readout of a bacterium corresponds to its physical response to an antibiotic, one has a straightforward means of determining whether the antibiotic works against the bacteria.

Scientists at the Nara Institute of Science and Technology (Ikoma, Japan) developed a novel impedance cytometry method that simultaneously analyses the test and reference particles in separate channels, creating easily analyzable separate datasets. This cytometry had nanoscale sensitivity, allowing for detection of even minute physical changes in bacterial cells. The group designed a machine learning tool to analyze the impedance cytometry data. Because the new cytometry method splits the test and reference datasets, the machine learning tool could automatically label the reference dataset as the “learning” dataset and use it to learn the characteristics of an untreated bacterium. By real-time comparison with antibiotic-treated cells, the tool can identify whether the bacteria are susceptible to the drug and can even identify what proportion of bacterial cells are resistant in a mixed-resistance population.

Target objects can be detected even when benchmarked against similar objects. Parallel dual microchannels allow the simultaneous detection of reference and target particles in two separate microchannels, without the premixing of reference and target suspensions. The impedance pulses of both can appear separately on the opposite sides of the same time series, which have been verified via simulation and experimental results. Raw impedance signals can easily distinguish target particles from reference ones. Polystyrene beads with different sizes ranging from nano- to microscale (e.g., 500, 750 nm, 1, 2, 3, and 4.5 μm) confirm the nanosensitivity of the system. In addition, the detection of antibiotic-treated Escherichia coli cells demonstrates that the system can be used for the quantitative assessment of the dielectric properties of individual cells, as well as for the proportion of susceptible cells.

Yoichiroh Hosokawa, PhD, an Assistant Professor and a senior author of the study, said, “Although there was a misidentification error of less than 10% in our work, there was a clear discrimination between susceptible and resistant cells within two hours of antibiotic treatment.”

The authors concluded that their findings indicate that the parallel impedance cytometry can greatly facilitate the measurement and calibration of the impedances of various particles or cells and provide a means to compare their dielectric properties. The study was published on October 6, 2022 in the journal ACS Sensors. 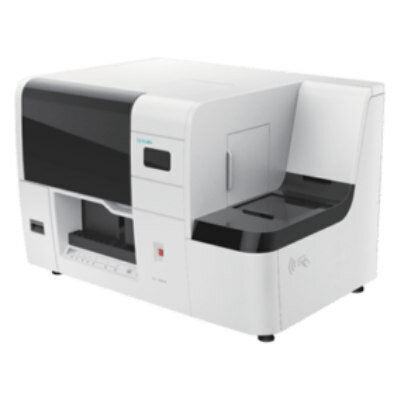