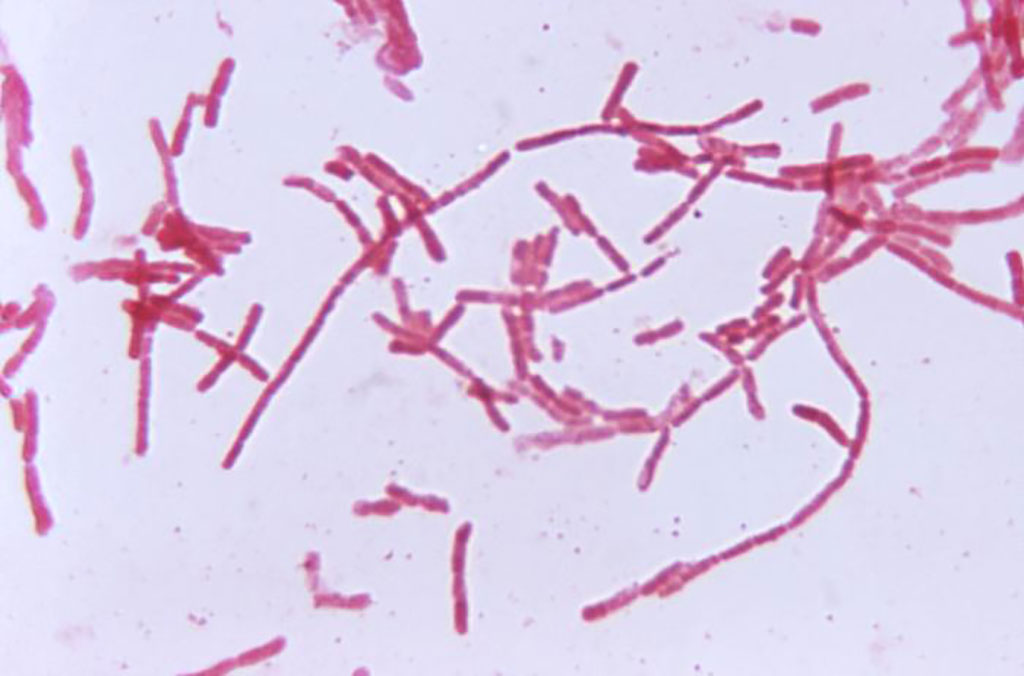 Image: Photomicrograph of the bacterium, Bacteroides hypermegas after being cultured in a thioglycollate medium, for a 48 hour time period. Members of the genus Bacteroides are anaerobic, Gram-negative bacteria, which are mainly found in the intestine, as normal flora (Photo courtesy of Dr. V. R. Dowell, Jr.)

Patients with myalgic encephalomyelitis/chronic fatigue syndrome (ME/CFS) experience a lingering fatigue that can drastically impair their social and work life. ME/CFS affects approximately 1% of the population, appearing as a heterogeneous disease, with its etiology and pathogenesis still remaining elusive.

Given the diverse set of symptoms experienced by patients with severe ME/CFS beyond a debilitating fatigue, including sleep problems, muscle/joint pains, sore throat, and digestive issues such as irritable bowel syndrome, diagnosis is typically achieved by questionnaires rather than molecular markers.

A team of scientists from the Weizmann Institute of Science (Rehovot, Israel) used phage immunoprecipitation sequencing (PhIP-seq) to profile antibody responses of 40 patients with severe ME/CFS, as well as 40 healthy controls, against a library of 244,000 bacterial and viral epitopes. Serum samples of the severe ME/CFS cases and the healthy controls were obtained from the UKMEB. The antigen library encompasses diverse bacterial and viral antigens originating from pathogenic, probiotic, and commensal bacteria, including antigens selected from metagenomic sequencing.

The team reported that the ME/CFS patients exhibited high serum levels of immunoglobulin A against flagellins of Lachnospiraceae bacteria compared with the controls. Notably, a similar overrepresentation of antibodies against Lachnospiraceae flagellins has been reported in Crohn's disease, a common comorbidity in patients with severe ME/CFS. The scientists also identified lower levels of antibodies against Bacteroidetes in ME/CFS patients versus controls. The team used machine learning to determine how screening for antibodies against Lachnospiraceae could be used to diagnose ME/CFS and found that combining conventional blood tests for the disorder with antibody repertoire data significantly improved diagnosis.

The authors concluded that in addition to their diagnostic implications, the findings also may help in the development of therapeutic strategies for ME/CFS that target the identified antibody responses. Such efforts may include preventive vaccination with Lachnospiraceae or Bacteroidetes surface antigens to counteract anti-flagellin overreaction, as well as therapies reducing anti-flagellin binding. The study was published on September 23, 2022 in the journal Science Advances.