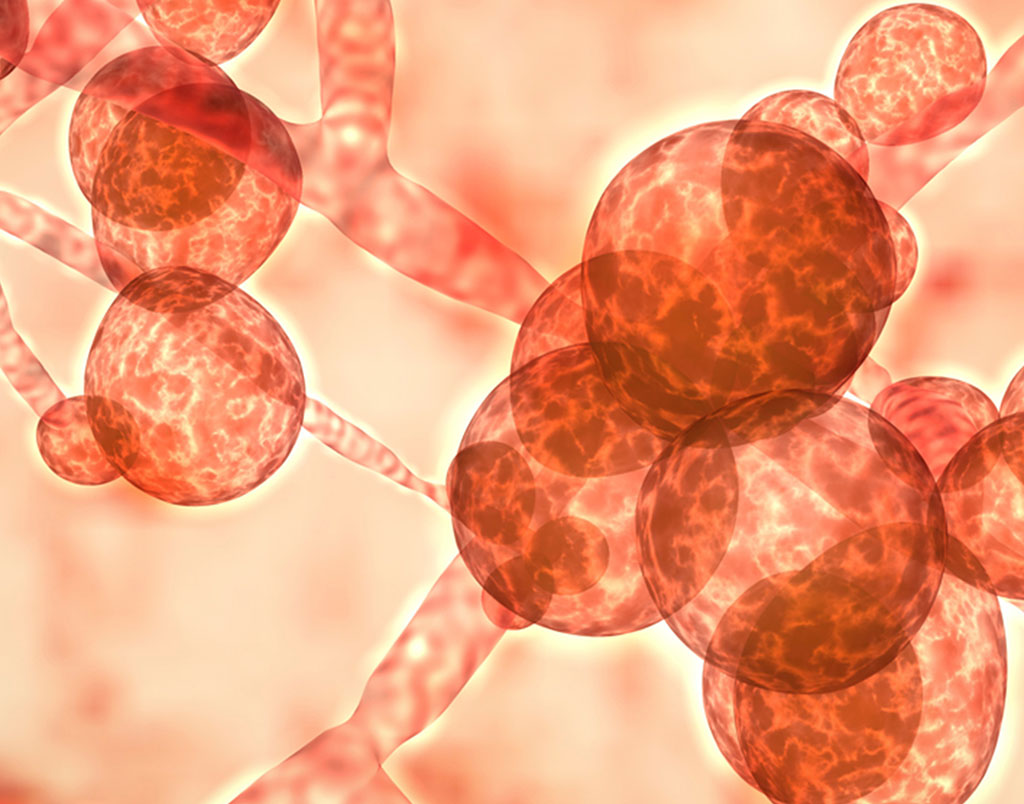 Image: Candida auris is a type of fungus and can cause a severe infection in hospital or nursing home patients (Photo courtesy of UCSF Benioff Children\'s Hospital)

Candida auris is an emerging fungal pathogen causing outbreaks in healthcare facilities. C. auris can cause invasive candidiasis (fungemia) in which the bloodstream, the central nervous system, and internal organs are infected.

Clinical Microbiologists at the University of California, Los Angeles (Los Angeles, CA, USA) and their colleagues assessed all cases of C. auris reported in southern California between 2019 and 2022, and performed active and passive surveillance to screen hospitalized patients. C. auris PCR assay on inguinal-axillary swabs was performed on high-risk patients at admission. All identified C. auris isolates were then characterized by both phenotypic antifungal susceptibility tests and whole-genome sequencing.

The investigators identified 45 patients with C. auris. Most had a tracheostomy or were from a facility with a known outbreak. Moreover, seven patients (15%) were only identified through passive surveillance. Also, eight (18%) of the patients had a history of severe COVID-19. The overall mortality was 18%. Invasive C. auris infections were identified in 13 patients (29%), nine (69%) of whom had bloodstream infections. Patients with invasive infection were more likely to have a central line. All C. auris isolates were resistant to fluconazole, but susceptible to echinocandins. Genomic analysis showed that 1 dominant clade-III lineage is circulating in Los Angeles, with very limited intrahost and interhost genetic diversity.

Shangxin Yang PhD, D(ABMM), assistant clinical professor and associate medical director of the clinical microbiology laboratory and senior author of the study, said, “We demonstrated that a robust C. auris surveillance program can be established with multidisciplinary efforts involving both the microbiology laboratory and the hospital's epidemiologists. Our study provided real-time critical information about the characteristics of the C. auris outbreak strain in southern California that can help guide effective treatment and prevention policies.”

The authors concluded that they had demonstrated that a robust C. auris surveillance program can be established using both active and passive surveillance, with multidisciplinary efforts involving the microbiology laboratory and the epidemiology team of the hospital. In Los Angeles County, C. auris strains are highly related and echinocandins should be used for empiric therapy. The study was published on September 2, 2022 in the journal Infection Control & Hospital Epidemiology.