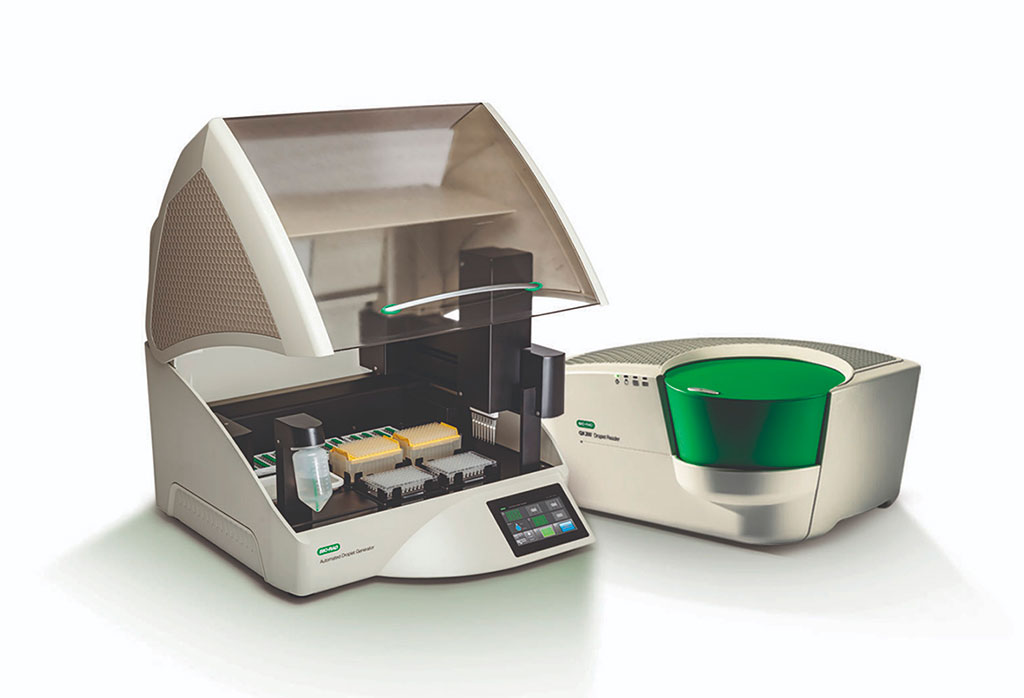 Bacteria of the genus Salmonella and Shigella are important pathogens of infectious diarrhea. Salmonellosis was the second most commonly reported gastrointestinal infection in humans in the European Union in 2018. Shigella spp was the second leading cause of mortality caused by diarrhea among all ages in 2016 globally, accounting for 212,438 deaths.

Various nucleic acid detection techniques have been widely used in screening diarrheal pathogens. Quantitative real-time PCR (qPCR) is one of the most commonly used techniques in this regard, and the quantification cycle (Cq) of qPCR is predictive of the quantity of input target. A duplex droplet digital PCR (ddPCR) assay targeting Salmonella fimY and Shigella ipaH genes has been evaluated.

Infectious Disease Specialists at the Chinese Center for Disease Control and Prevention (Beijing, China) and their colleagues analyzed 362 stool samples by the duplex ddPCR and the singleplex qPCR assays, including 187 diarrheal and 175 non-diarrheal samples. They first conducted a pilot study with 52 characterized stool samples (36 diarrheal and 16 non-diarrheal) collected from Shanghai, which had been tested for Salmonella spp and Shigella spp by traditional culture methods. The ddPCR was performed on a QX200 ddPCR system (Bio-Rad Laboratories, Hercules, CA, USA). For the singleplex qPCR assays amplification and detection were performed with a LightCycler 96 system (Roche, Indianapolis, IN, USA).

The scientists reported that the duplex ddPCR assay showed good linearity in the range of 5.3 × 100 to 1.24 × 105 copies/reaction for Salmonella and 1.9 × 100 to 1.84 × 105 copies/reaction for Shigella. When analyzed with spiked stool samples, the limit of detection and limit of quantification were 550 and 5,500 CFU/mL stool sample for Shigella, respectively; while both were 1.0 × 104 CFU/mL stool sample for Salmonella. Among 362 stool samples, more samples were detected as positive by ddPCR than by qPCR. Salmonella load was significantly higher in the diarrheal samples than in the non-diarrheal samples. Determined by receiver-operating characteristic analysis, the optimal cut-off value was 1.25 × 104 copies/mL stool sample to distinguish between symptomatic and asymptomatic Salmonella infections.

The authors concluded that ddPCR detected more Salmonella and Shigella infections and that the prevalence of these two bacteria may have been underestimated in the past. The study was published on April 23, 2022 in the International Journal of Infectious Diseases.

Chronic lymphocytic leukemia (CLL) is a type of cancer that affects the blood and bone marrow. It affects the white blood cells called lymphocytes. It tends to develop very slowly. It is more common in... Read more

A new approach toward rapid diagnosis of non-infectious diseases such as heart attacks and cancers couples CRISPR/Cas13 editing of RNA with a nanozyme-based amplification and visualization system.... Read more

New research could lead to the development of a simple blood test for glioblastomas (GBMs), resulting in earlier diagnosis and more effective and personalized treatment options for the most common type... Read more

High-parameter single-cell phenotyping has enabled in-depth classification and interrogation of immune cells, but to date has not allowed for glycan characterization. Living cells have a sugar coating.... Read more