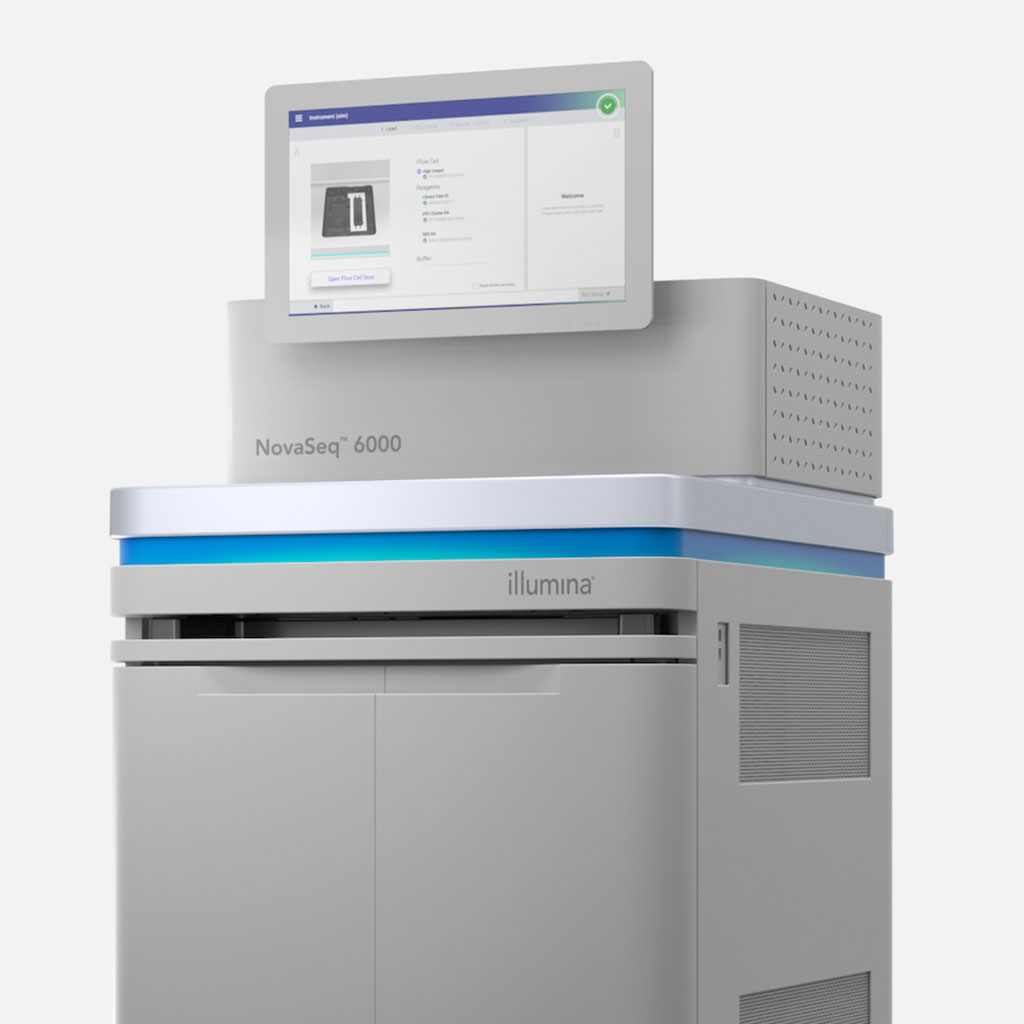 Image: NovaSeq 6000 offers deeper and broader coverage through advanced applications for a comprehensive view of the genome (Photo courtesy of Illumina)

Clinical Scientists at the University of California at San Francisco (San Francisco, CA, USA) and their colleagues used metatranscriptomic RNA sequencing to profile microbiome and host gene expression features in bronchoalveolar lavage samples collected from 104 children in the Netherlands in roughly the week or two leading up to their allogeneic HCT treatments, comparing those patterns with results from matched pulmonary function tests. Sample RNA was combined with control spike-in RNA and underwent reverse transcription, library preparation, and 125-nucleotide paired-end sequencing on a NovaSeq 6000 instrument (Illumina, San Diego, CA, USA) to a target depth of 40 million read pairs per sample.

Among the 54 children showing signs of pulmonary restriction, impaired oxygen diffusion, lung capacity, or other altered pulmonary functions based on Global Lung Index cutoff scores, the team saw an overrepresentation of Staphylococcus and other skin or nasal passage-related microbes, but lower-than-usual levels of commensal microbes that are typically detected in the supraglottic region of the throat.

Depletion of commensal supraglottic taxa, such as Haemophilus, and enrichment of nasal and skin taxa, such as Staphylococcus, in the bronchoalveolar lavage (BAL) microbiome were associated with worse measures of lung capacity and gas diffusion. In addition, BAL gene expression signatures of alveolar epithelial activation, epithelial-mesenchymal transition, and down-regulated immunity were associated with impaired lung capacity and diffusion, suggesting a post-injury profibrotic response. Detection of microbial depletion and abnormal epithelial gene expression in BAL enhanced the prognostic utility of pre-HCT pulmonary function tests for the outcome of post-HCT mortality.

Joseph DeRisi, PhD, a Molecular Biologist and a senior co-author of the study, said, “Impaired baseline lung function is associated with mortality after pediatric allogeneic hematopoietic cell transplantation (HCT), yet limited knowledge of the molecular pathways that characterize pre-transplant lung function has hindered the development of lung-targeted interventions.”

The authors concluded that among children preparing to undergo allogeneic HCT, pulmonary function testing abnormalities were common and consisted mostly of restriction and impaired diffusion. Abnormalities were associated with pulmonary microbiome depletion, profibrotic signaling, and post-HCT mortality. The study was published on March 9, 2022 in the journal Science Translational Medicine.