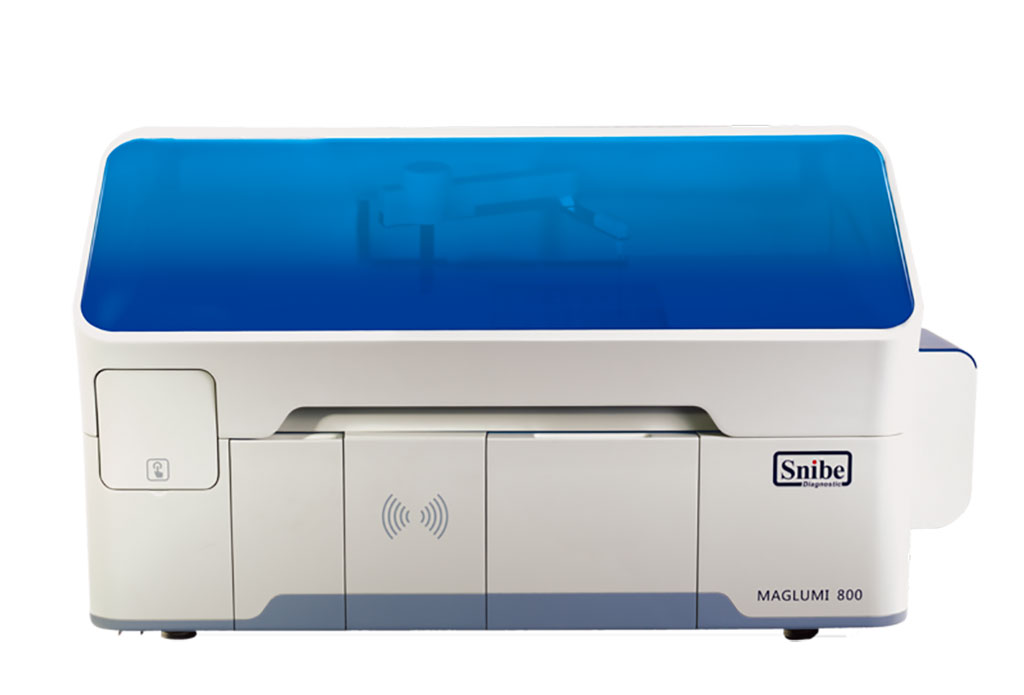 Image: The MAGLUMI 800 Automatic immunoassay analyzer (Photo courtesy of Snibe)
As part of the fight against the SARS-Cov-2 epidemic, laboratories have a critical role in assessing the reliability of new serological assays before taking part of diagnostic protocols or made available broader to the community and to evaluate commutability between assays.

Serology is a valuable tool for sero-epidemiological investigations; however, antibody detection could confirm diagnose symptomatic patients in whom the PCR was negative or not performed. Moreover, if the neutralizing capacities of the antibodies are proven, their assessment could help health care institutions to know which of their health care workers have already been in contact with the virus and if they can be mobilized if required.

Clinical microbiologists at the Université Catholique de Louvain (Brussels, Belgium) and their colleagues performed a comparison study that included four groups: 12 healthy volunteers asymptomatic whose blood had been collected during the pandemic; 17 healthy volunteers whose blood was collected before 2019; 10 samples COVID-19 free with confounding factors selected from January 2018 to August 2019, the samples included with potential cross-reaction to the SARS-CoV-2 immunoassay, such as, EBV infection, parvovirus infection, HBV infection, Bartonella henselae infection, Brucella spp. infection and various autoimmune diseases; and 44 samples of patients infected by SARS-CoV-2 confirmed by RT-PCR.

The two automated assays compared for SARS-CoV-2 IgG testing, were the MAGLUMI 800 and the LIAISON XL. The MAGLUMI 800 SARS-CoV-2 IgG (SNIBE - Shenzhen New Industries Biomedical Engineering Co., Ltd, Shenzhen, China) is a fully automated chemiluminescence immunoassay (CLIA). The LIAISON SARS-CoV-2 (Diasorin, Saluggia, Italy), uses magnetic beads coated with S1 and S2 antigens derived from the SARS-Cov-2 spike protein which is responsible for binding and fusion of the virus with the host cell membrane, these antigens are the primary target of neutralizing antibodies.

The investigators reported that in patients confirmed positive for COVID-19, the two automated assays were significantly correlated (r = 0.811). This positive correlation potentially reflects a good agreement between the two automated assays for the assessment of the intensity of antibody titer. After 10 days of symptoms onset, the concordance between the two assays was excellent. Discrepant cases between the two assays occurred at the early stage of the disease, between five and 10 days after symptom onset. The team showed that for five patients the MAGLUMI detects antibodies and the LIAISON XL analyzer did not. For these patients the test was performed between seven and 12 days after the onset of symptoms which is below the currently reported average rate of seroconversion.

The authors concluded that the overall agreement between the two automated assays for SARS-CoV-2 was good. However, the MAGLUMI assay might be more sensitive at the early stages of antibody development and there is a lack of specificity with LIAISON XL. The study was published in the August, 2021 issue of the journal Practical Laboratory Medicine.