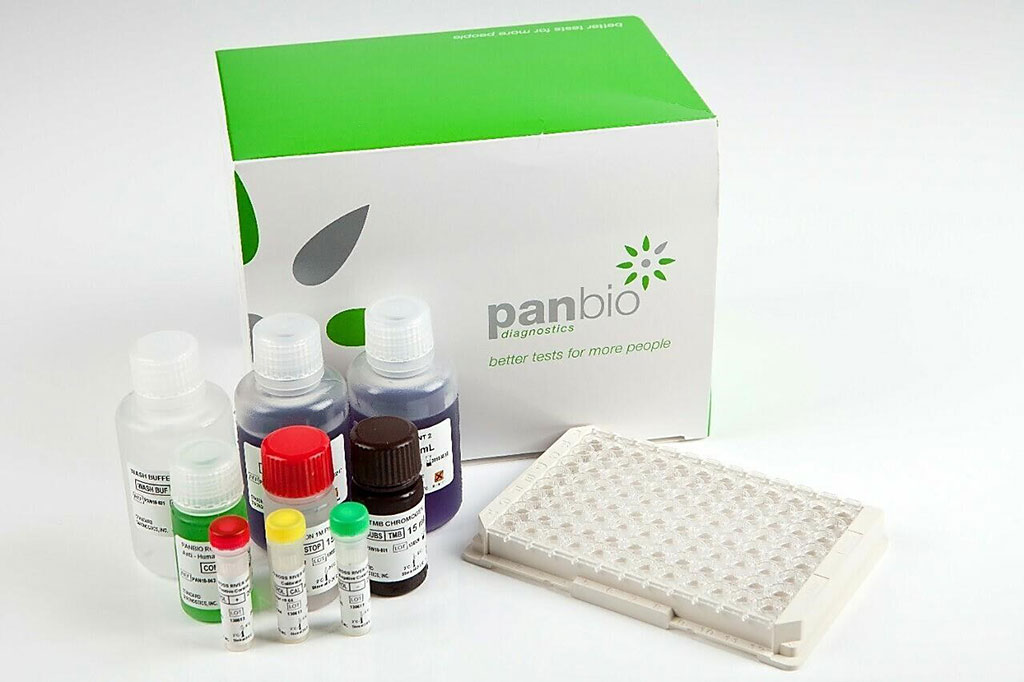 Image: The Leptospira ELISA IgM assay (Photo courtesy of Panbio)
Leptospirosis is a widespread but neglected zoonotic disease caused by a bacterium of the genus Leptospira. Leptospirosis contributes to approximately 48,000 annual deaths globally, with 500,000 cases estimated worldwide, and remains a major public health concern in tropical and subtropical regions. Weil’s disease is a severe form of leptospirosis.

The serological “gold standard” for identifying pathogenic Leptospira is the microscopic agglutination test (MAT); however, it requires significant technical expertise and the maintenance of viable Leptospira serovars. Microscopic agglutination test is often not beneficial for acute patient management, mainly because it relies on immunoglobulins which react five days after the exposure.

Tropical Medicine specialists at Mahidol University (Salaya, Thailand) and their international colleagues evaluated a Leptospira ELISA IgM assay among 656 febrile outpatients attending primary care in Chiangrai, Thailand, and Hlaing Tha Yar, Yangon, Myanmar. Inclusion criterion was a documented fever (tympanic temperature > 37.5°C) or a complaint of acute fever (< 14 days). Of primary care children and adults recruited in the original trial, 799 were randomized in a control group for whom various samples were collected. From these 799 outpatients, 740 had a blood sample collected.

A commercial Leptospira ELISA IgM assay (Panbio Pty., Ltd., Windsor, Australia) was used for the detection of IgM antibodies against Leptospira spp. The manufacturer’s specifications were followed with Panbio units of ≥ 11.0 considered positive. Positive Leptospira IgM ELISA samples were then tested by MAT, with titers of ≥ 1:100 used to classify past exposure to leptospirosis. TaqMan Array Card (TAC) and single-plex PCR assays were performed on 601 blood samples where sufficient plasma volumes were able to be extracted. The TAC assay targeted all pathogenic serovars of the Leptospira genus, whereas the single-plex PCR used real-time methodology to target the rss gene.

The team reported that the ELISA demonstrated limited diagnostic accuracy for the detection of acute leptospiral infection using the manufacturer recommended cutoff, with a sensitivity of 71.4% and specificity of 36.4%, and an area under the receiver operator characteristic curve value of 0.65, compared with the reference test, the PCR assay. ELISA also performed poorly as a screening tool for detecting recent exposure to Leptospira spp. compared with the “gold-standard” MAT, with a specificity of 42.7%. The proportion of patients with a confirmed acute leptospirosis infection as defined by either single-plex or TAC PCR assay was 1.1% (7/656), whereas 23.5% (154/656) were seropositive by IgM ELISA.

The authors concluded that the IgM ELISA, although simple and widely used, was found to be unsuitable for detecting acute leptospirosis infection among outpatient children and adults attending primary care, using PCR assays as a reference method Even so, it is unlikely that such test, used on an acute sample, may represent an attractive candidate for the diagnosis of acute leptospirosis. The IgM ELISA was not specific as a screening method for recent exposure to pathogenic Leptospira. Using the MAT, the scientists demonstrated a significant exposure (30.5%) to pathogenic Leptospira among Thai and Myanmar communities, including rural and semi-urban settings. The study was published on May 5, 2021 in The American Journal of Tropical Medicine and Hygiene.