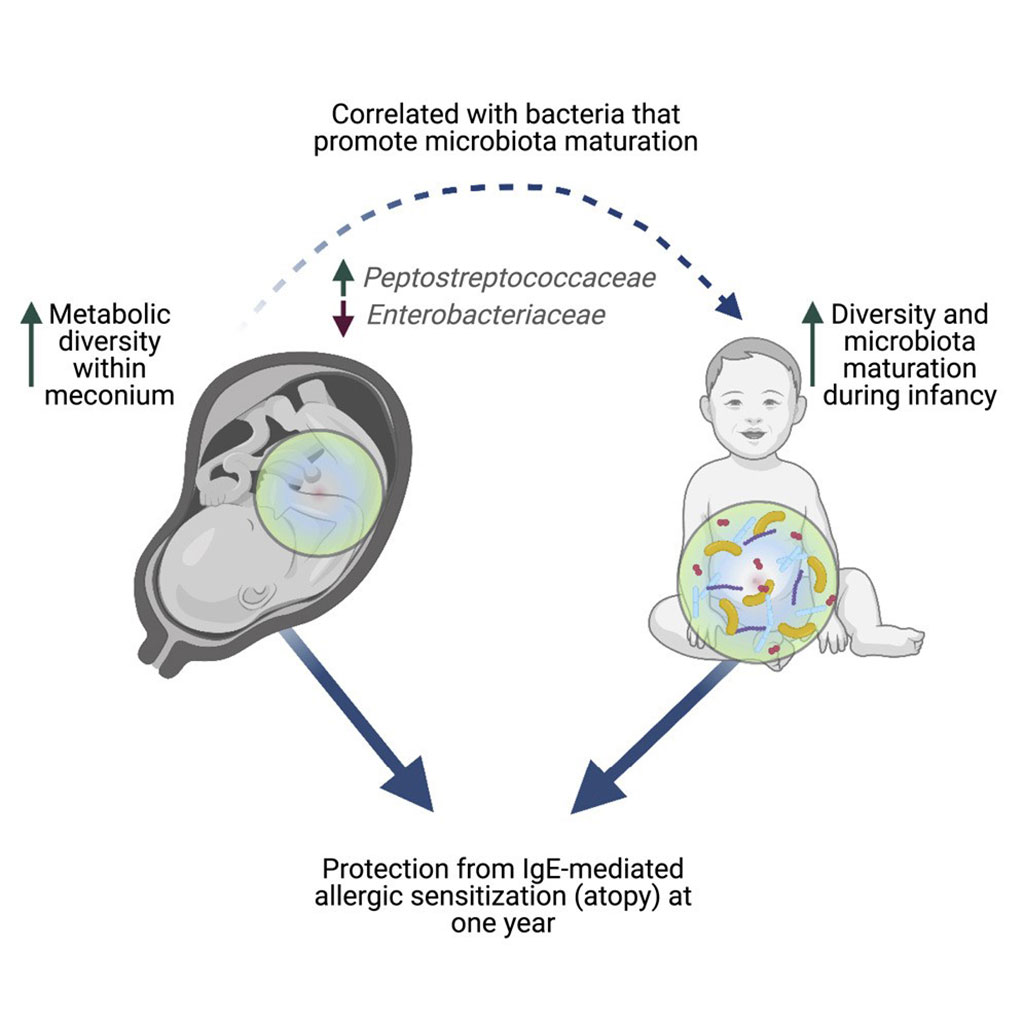 Image: Schematic diagram of a rich meconium metabolome in human infants is associated with early-life gut microbiota composition and reduced allergic sensitization (Photo courtesy of University of British Columbia)
Meconium, which is typically passed within the first day of life, is made up of a variety of materials ingested and excreted during development, ranging from skin cells, amniotic fluid and various molecules known as metabolites.

Microbiota maturation begins in earnest immediately after birth, when pioneering bacteria are introduced into the neonatal gut and form a niche capable of supporting successive colonizers that will comprise the infant microbiota. Maturation of this microbial community continues through the first few years of life and occurs concomitantly with dramatic shifts in host immune function.

The scientists discovered that the fewer different types of molecules a baby's meconium contained, the greater the child's risk of developing allergies by one year. They also found that a reduction in certain molecules was associated with changes to key bacterial groups. These bacteria groups play a critical role in the development and maturation of a vast ecosystem of gut microbes, known as the microbiota, which is a powerful player in health and disease. Using a machine-learning algorithm, the scientists combined meconium, microbe and clinical data to predict with a high degree of accuracy (76%), and more reliably than ever before, whether or not an infant would develop allergies by one year of age.

Stuart E. Turvey, MBBS, DPhil, FRCPC, a Professor of Pediatrics and the senior author of the study, said, “We know that children with allergies are at the highest risk of also developing asthma. Now we have an opportunity to identify at-risk infants who could benefit from early interventions before they even begin to show signs and symptoms of allergies or asthma later in life.” The study was published on April 29, 2021 in the journal Cell Reports Medicine.