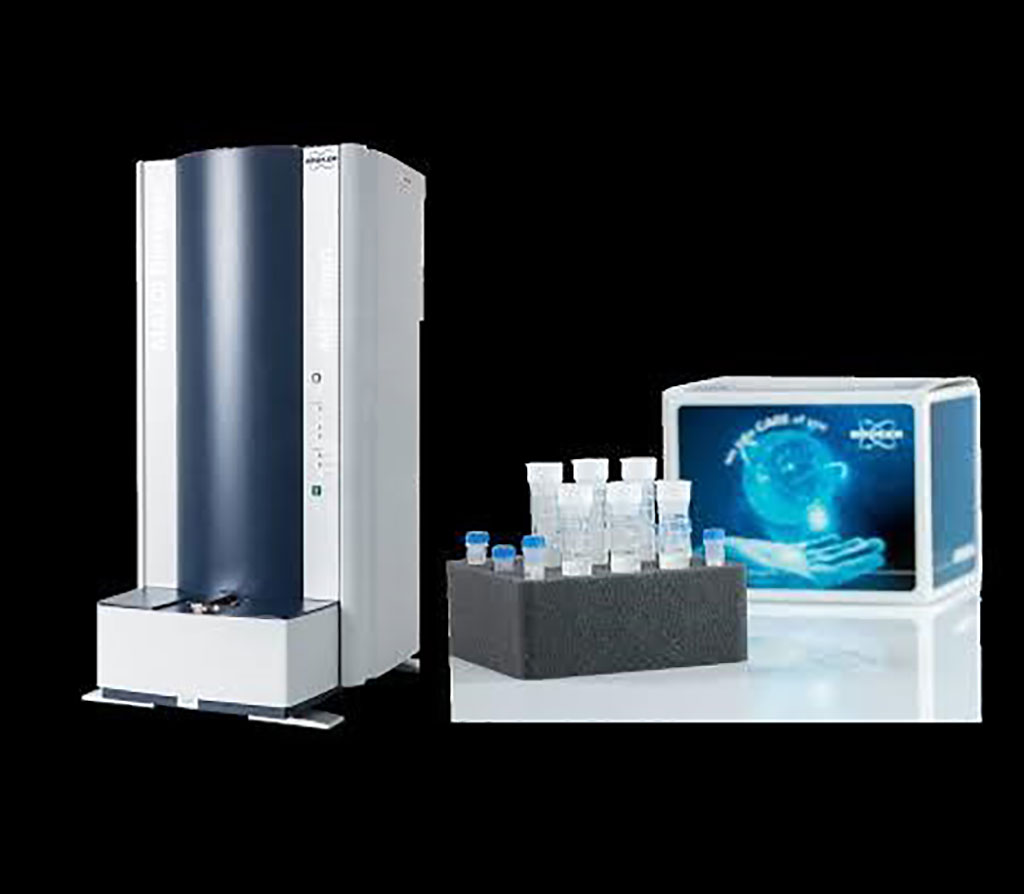 Image: The Microflex LT MALDI-TOF mass spectrometer and Rapid Sepsityper kit for the identification of pathogenic organisms (Photo courtesy of Bruker Daltonics).
When sepsis occurs, it is essential to begin an effective and potent antibacterial or antifungal treatment as soon as possible as early administration and achievement of microbicidal concentrations are associated with better survival in community-acquired and hospital-acquired septicemia.

Rapid species identification is now possible by several techniques directly from positive blood cultures. It allows a first quick adaptation of empirical treatment if inappropriate, according to the species identified. However, available techniques are either expensive such as multiplex polymerase chain reaction (PCR) or fluorescence in situ hybridization using peptide nucleic acid probes (PNA-FISH), that are delayed by a first 4 to 8 hours subculture on agar medium or are time-consuming.

The investigators reported that identification rates were determined prospectively on 350 bacterial and 29 fungal positive blood cultures, and compared to conventional diagnostic method. Their rapid diagnosis strategy (Rapid Sepsityper protocol: one spot with and one without formic acid extraction step) combined to MBT-Sepsityper module provided 65.4%, 78.9% and 62% reliable identification to the species level of monomicrobial positive blood cultures growing respectively Gram-positive, Gram-negative bacteria or yeast.

The authors concluded that the rapid Sepsityper protocol is an interesting commercial assay for quick bacterial identification in bloodstream infections (BSI) that could allow early adaptation of empirical antibiotic treatment according to the species identified. The study was published on December 9, 2020 in the journal Annals of Clinical Microbiology and Antimicrobials.