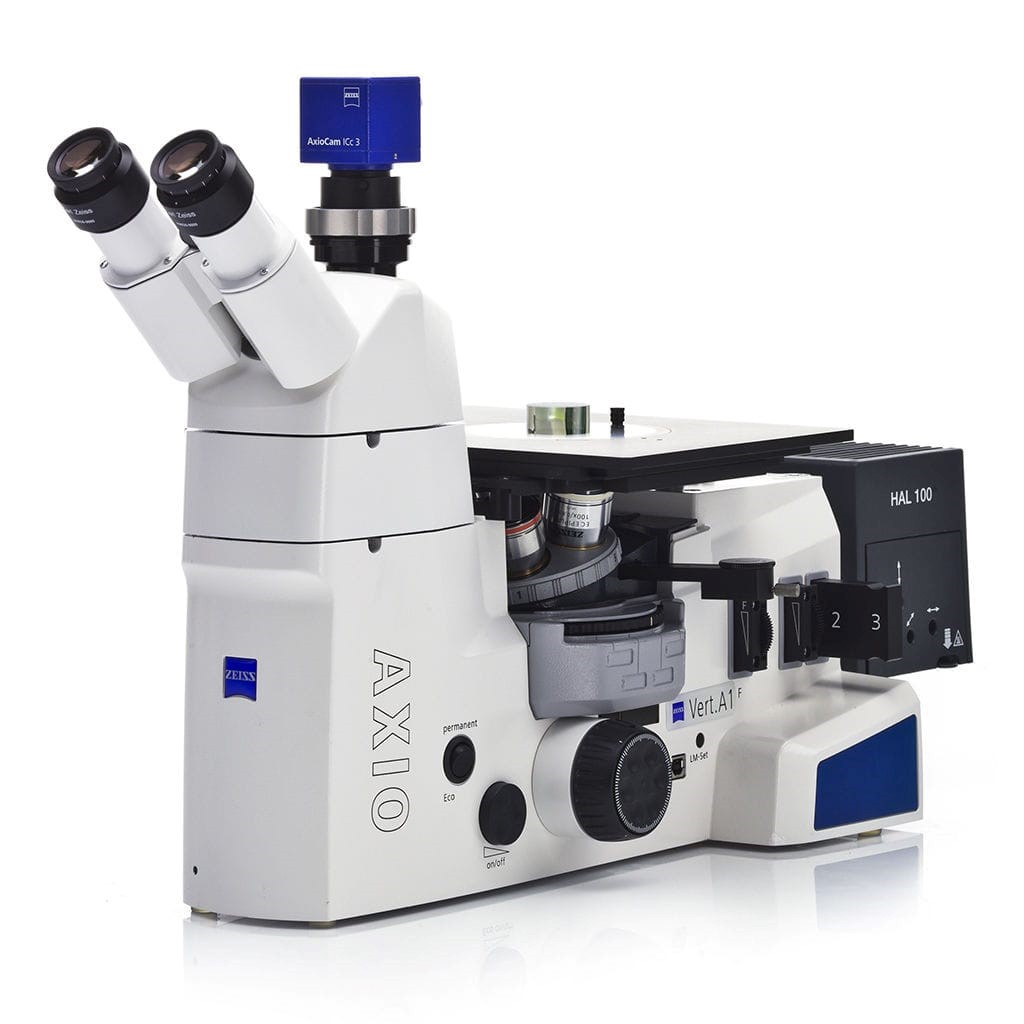 Image: Axio Vert.A1 inverted microscope (Photo courtesy of Carl Zeiss)
Crohn's disease is a chronic disease that causes inflammation and irritation in the digestive tract. The disease is characterized by an imbalance in the intestinal microbiome. In particular, adherent-invasive Escherichia coli (AIEC) strains have been implicated in the disease.

The diversity of virulence factors displayed by multiple AIEC strains suggests that members of this pathovar have evolved different strategies to colonize their hosts. AIEC ability to persist, and in some cases replicate within macrophages is particularly intriguing. A reference strain for this pathovar, AIEC LF82, forms micro-colonies within phagolysosomes, an environment that prevents commensal E. coli multiplication.

The authors concluded that intracellular challenges induce AIEC LF82 phenotypic heterogeneity and non-growing bacteria that could provide a reservoir for antibiotic-tolerant bacteria responsible for relapsing infections. The study was published on November 14, 2019 in the journal PLOS Pathogens.