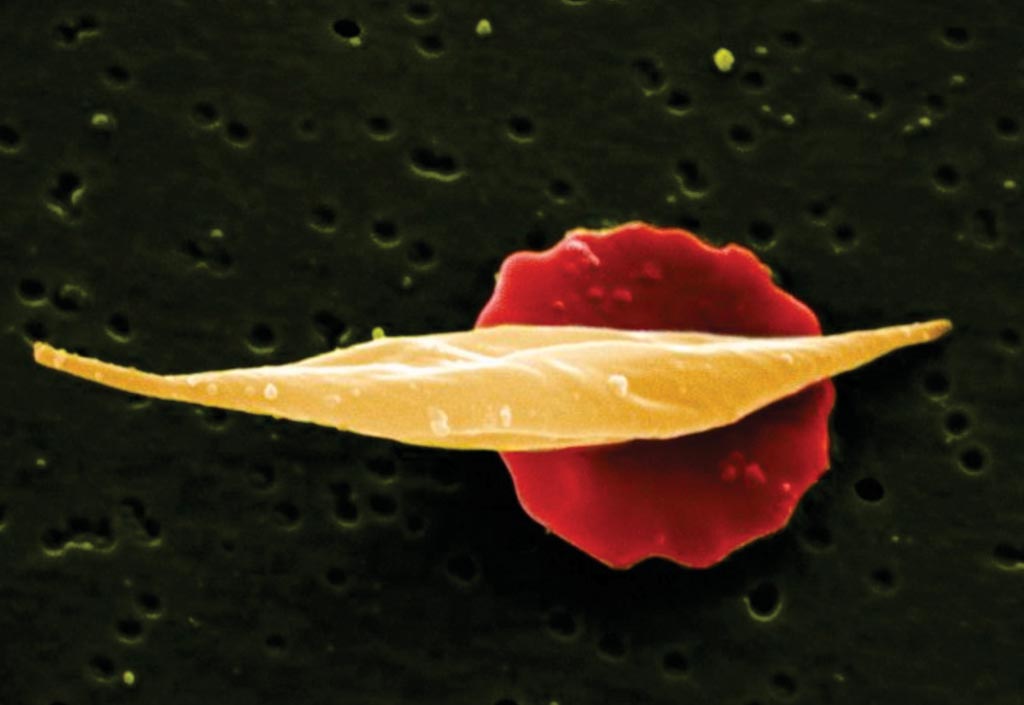 Image: A scanning electron micrograph (SEM) showing long sickle cell in front of more disc-shaped normal red cell (Photo courtesy of the Wellcome Trust).
Sickle cell anemia is a hereditary disorder of autosomal recessive inheritance that is characterized by sickle-shaped red blood cells. It is the most common type of hemoglobinopathy and is the result of a mutation in the β-globin chain gene that results in creating sickle hemoglobin (HbS) instead of the normal adult hemoglobin (HbA).

Children with sickle cell disease (SCD) are at increased risk for invasive infection with encapsulated bacteria. Antibiotic prophylaxis and immunizations against Streptococcus pneumoniae and Haemophilus influenzae type b (Hib) have decreased the overall incidence of invasive infections and have shifted distribution of serotypes causing disease toward those not covered by immunizations.

Scientists at Emory University (Atlanta, GA, USA) and their colleagues reviewed a large pediatric tertiary care center to identify all isolates of H. influenzae detected in sterile body fluid cultures from January 1, 2010, to December 31, 2017. The results were compared with the center's comprehensive clinical database of all children with SCD to identify all cases of children ages 0 to18 years with SCD with invasive H. influenzae disease for the same time period.

The authors concluded that in the era of universal antibiotic prophylaxis and immunization against Hib, invasive H. influenzae disease due to non-vaccine serotypes remains a risk for children with SCD, particularly those under five years of age. The study was published on February 5, 2019, in the journal Pediatric Blood & Cancer.