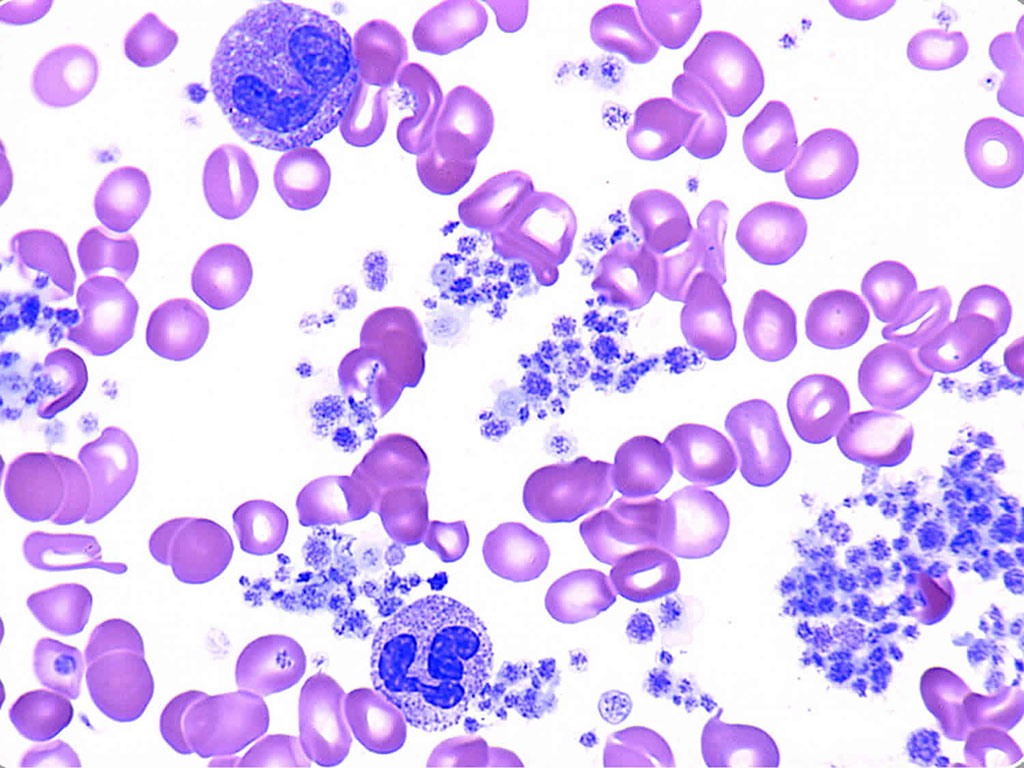 Image: Blood film of platelets that were significantly increased in the primary and secondary syphilis (Photo courtesy of HealthJade)

Syphilis is caused by Treponema pallidum, which is a chronic sexually transmitted disease that has highly variable clinical courses and manifestations from a painless chancre to severe damage in the brain, heart, and other organs.

Platelet indices have been reported as the important mediators in many infectious diseases. Platelet count (PLT), mean platelet volume (MPV), and platelet distribution width (PDW) are the most commonly used indicators to evaluate platelet activation and function.

Venereologists at the Tongji University School of Medicine (Shanghai, China) and their colleagues conducted a retrospective cohort study the Shanghai Skin Disease Hospital from January 2015 to May 2021. A total of 2,061 patients with syphilis (425 primary and secondary syphilis, 433 latent syphilis, 463 serofast syphilis, 350 asymptomatic neurosyphilis, and 390 symptomatic neurosyphilis, respectively) were enrolled. Among them, 209 patients with neurosyphilis were followed until the end of the treatment. In addition, 528 healthy controls were enrolled during the study, with matched age and sex.

The scientists reported that compared with the healthy controls, PLT was significantly increased in the primary and secondary syphilis group; whereas, MPV and PDW were significantly decreased in all stages of syphilis. These changes of platelet indices were reversed after anti-treponemal therapy. Further correlation analysis showed that PLT was positively associated with the syphilis activity indicators: RPR titer, CSF-WBC, CSF-protein, and CSF-VDRL and inflammatory markers: WBC, CRP, and ESR. Conversely, PDW was negatively correlated with all of these parameters. MPV had an inverse relationship with RPR, ESR, and CRP.

The authors concluded that their study provided the first evidence that platelet indices are associated with the disease activities in patients with syphilis. As the modification of platelet indices reflects the change of function, this study may suggest the foundation for further elucidation of the underlying mechanism of how platelets participate in the inflammatory response and pathogenesis of syphilis. The study was published on May 1, 2022 in the International Journal of Infectious Diseases.