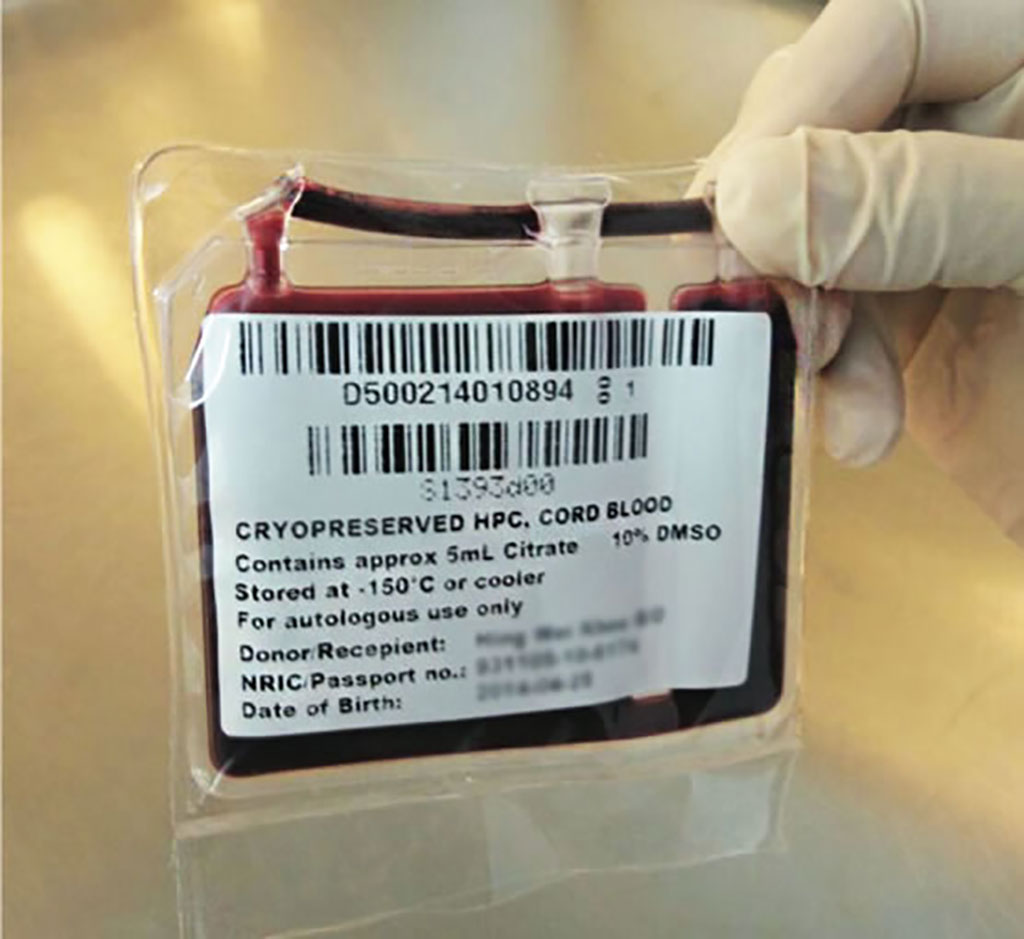 Umbilical cord blood transplantation (UCBT) has increased access to potentially curative therapy for patients with life-threatening disorders of the bone marrow and immune system. The introduction of reduced intensity conditioning (RIC) regimens and double umbilical cord unit infusions (DUCBT) has broadened the applicability of UCBT to frailer or larger recipients.

This procedure has led to potentially curative allogeneic transplantation being accessed by thousands of patients with diseases of the bone marrow and immune system who would otherwise have been precluded for lack of a suitably HLA matched sibling or adult volunteer unrelated donor. The kinetics of chimerism after RIC DUCBT and their clinical utility are poorly understood.

Hematologists at the University College London Hospital's NHS Foundation Trust (London, UK) and their colleagues recruited 58 patients with a median age of 52 years, with overall and progression-free survivals of 59% and 52%, respectively, at two years. Non-relapse mortality was 4% at day 100, and the relapse rate was 31% at one year. Peripheral blood lineage-specific chimerism was feasible from day 7 after transplant onward.

Lineage-specific chimerism studies (peripheral blood mononuclear cells [PBMCs], B cells, T cells, and granulocytes) were performed according to local laboratory procedures on 5 to 10 mL EDTA peripheral blood samples on days 7, 14, 21, 28, 35, 60, and 100, 6 months, and 1 and 2 years to determine the relative contribution of donor and recipient to overall hematopoiesis. Complete donor chimerism was defined as marrow reconstitution of at least 90% donor origin.

The scientists reported that five patterns of chimerism were observed including (1) complete single unit dominance (39 patients), (2) sustained donor-donor mixed chimerism (three patients), (3) sustained donor-recipient mixed chimerism (five patients), (4) dominance reversion (one patient), and (5) primary graft failure (four patients). The RIC CBT trial enabled adult patients with high-risk hematologic malignancies to safely access UCBT in the UK and provided novel insights into the kinetics of donor and recipient chimerism after RIC DUCBT that are clinically relevant. Of the 21 patients who relapsed overall, 15 had stable chimerism before relapse, including 11 patients with acute leukemia, two with Hodgkin lymphoma, one with follicular lymphoma, and one with multiple myeloma.

The authors concluded that in 81% of patients achieving sustained donor engraftment in their study, a single UCB became the dominant contributor to hematopoiesis with eradication of the second UCB unit and residual recipient bone marrow, usually within the first 35 days after transplant. The study provided novel insights into the kinetics of donor and recipient chimerism after RIC DUCBT that are clinically relevant. The study was published on April 12, 2022 in the journal Blood Advances.