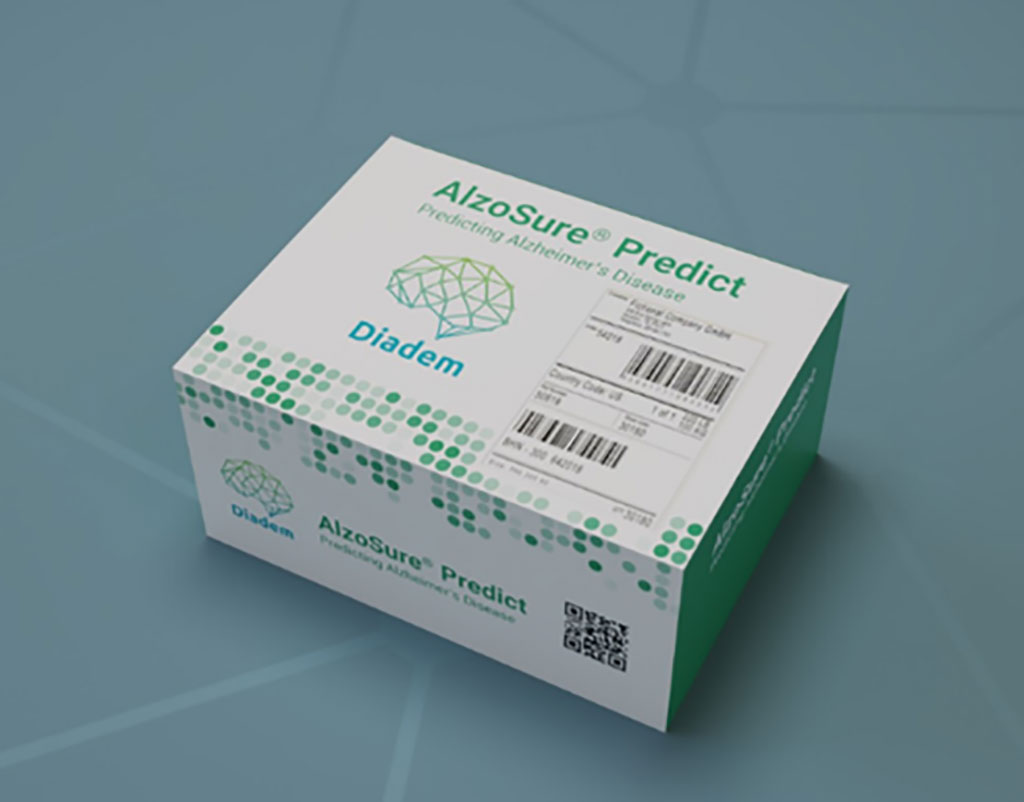 There are about 50 million people suffering from dementia worldwide. Alzheimer's disease is the most common form and accounts for 60-70% of cases. At present there are no disease modifying treatments for Alzheimer's, and therapies to treat symptoms are limited. The lack of accurate, accessible and affordable diagnostic tools is a major contributor to the absence of effective treatments for this devastating condition. Now, the first non-invasive blood-based test for the diagnosis of Alzheimer's disease and other dementias has shown potential to accurately diagnose the disease.

Diadem srl (Milan, Italy) has presented data showing that its new AlzoSure Confirm blood test can accurately identify patients with Alzheimer's disease. AlzoSure Confirm has been developed on the same technology platform that underlies AlzoSure Predict, Diadem's prognostic blood test that can accurately predict whether or not an individual with early cognitive changes will progress to Alzheimer's disease up to six years before the condition is fully manifested. The new assay is based on the same U-p53AZ integrative biomarker - a conformational variant of p53 - which has been associated with the pathogenesis of AD in more than 400 studies, with documented interactions with amyloid, tau and other factors associated with patients' progression to AD. Diadem's patented technology has been developed using its U-p53AZ platform.

In the latest study presented by Diadem, researchers used a subset of samples from a longitudinal database of almost 500 patients exhibiting different stages of cognitive decline to investigate the full sequence of post-translational modifications (PTMs) of U-p53AZ over the course of the continuum that culminates in Alzheimer's disease. They discovered that specific PTM "fingerprints," or signatures, were characteristic of different stages of the progression to AD. AlzoSure Confirm uses the PTM signature characterizing full-fledged Alzheimer's disease to provide a blood-based biomarker test potentially capable of diagnosing the disease. In the early clinical validation data Diadem presented at AD/PD22, this PTM signature was able to reliably detect patients with Alzheimer's disease and to distinguish them from patients with other dementias.

"At Diadem, we are committed to developing widely accessible prognostic and diagnostic blood tests capable of accurately identifying individuals who either have Alzheimer's disease or who will progress to AD in the coming years," said Mr. Kinnon. "Our AlzoSure Predict prognostic blood test has already been validated in large longitudinal clinical studies and will be available in the EU later this year. We are also very excited about our new AlzoSure Confirm test, which has the potential to accurately and specifically diagnose Alzheimer's disease using a simple blood test. The lack of timely, accurate and affordable diagnostics has hindered progress in developing more effective treatment options for AD patients, and we look forward to working with a variety of partners to produce and report more confirmatory data on AlzoSure Confirm."