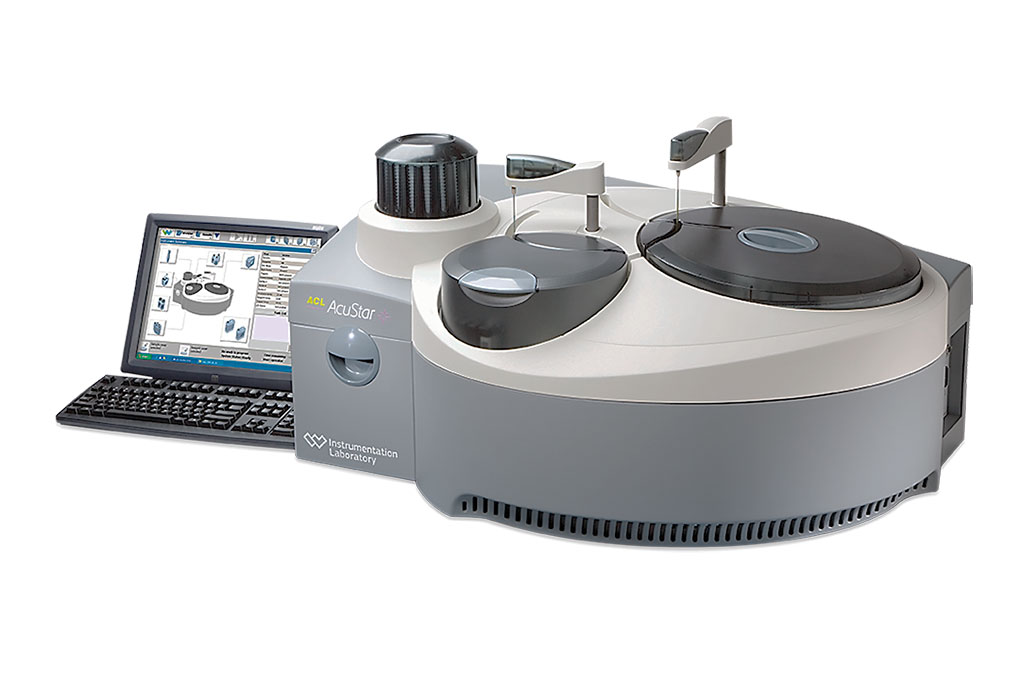 Platelet factor 4 (PF4) is a small cytokine belonging to the CXC chemokine family that is also known as chemokine (C-X-C motif) ligand 4 (CXCL4). This chemokine is released from alpha-granules of activated platelets during platelet aggregation, and promotes blood coagulation by moderating the effects of heparin-like molecules. Due to these roles, it is predicted to play a role in wound repair and inflammation.

Two rapid immunoassays widely used for the diagnosis of heparin-induced thrombocytopenia, STic Expert HIT (Stago Diagnostica, Asnières-sur-Seine, France) and HemosIL AcuStar HIT-IgG (Instrumentation Laboratory, Bedford, MA, USA) were performed on plasma samples to detect PF4-specific antibodies, and the results were negative in all the patients. Two other rapid tests had been performed in some patients by the referring laboratories and were negative, except in one patient, who had an equivocal result.

The team also tested all plasma samples with three different PF4-specific enzyme-linked immunosorbent assays, variable results were obtained. Significant levels of immunoglobulin (Ig)G antibodies to PF4 were detected in seven patients only by the assay that used PF4–poly(vinyl sulfonate) (PVS) complex as the antigenic target. In addition, optical density values were variable and lower than those previously reported with a similar test. The diagnosis of VITT was confirmed by PF4–serotonin release assay in all seven patients with IgG antibodies to PF4–PVS, whereas a standard serotonin release assay was negative in two patients.

The authors concluded that their results provide further support to show that rapid immunoassays should be avoided in the detection of PF4-specific antibodies in patients with suspected VITT. Therefore, the use of a sensitive, quantitative, immunologic test is strongly recommended, because according to the recently proposed algorithm, nonheparin anticoagulants should be preferred when clinically significant levels of anti-PF4 antibodies are detected. The study was published on May 19, 2021 in The New England Journal of Medicine.