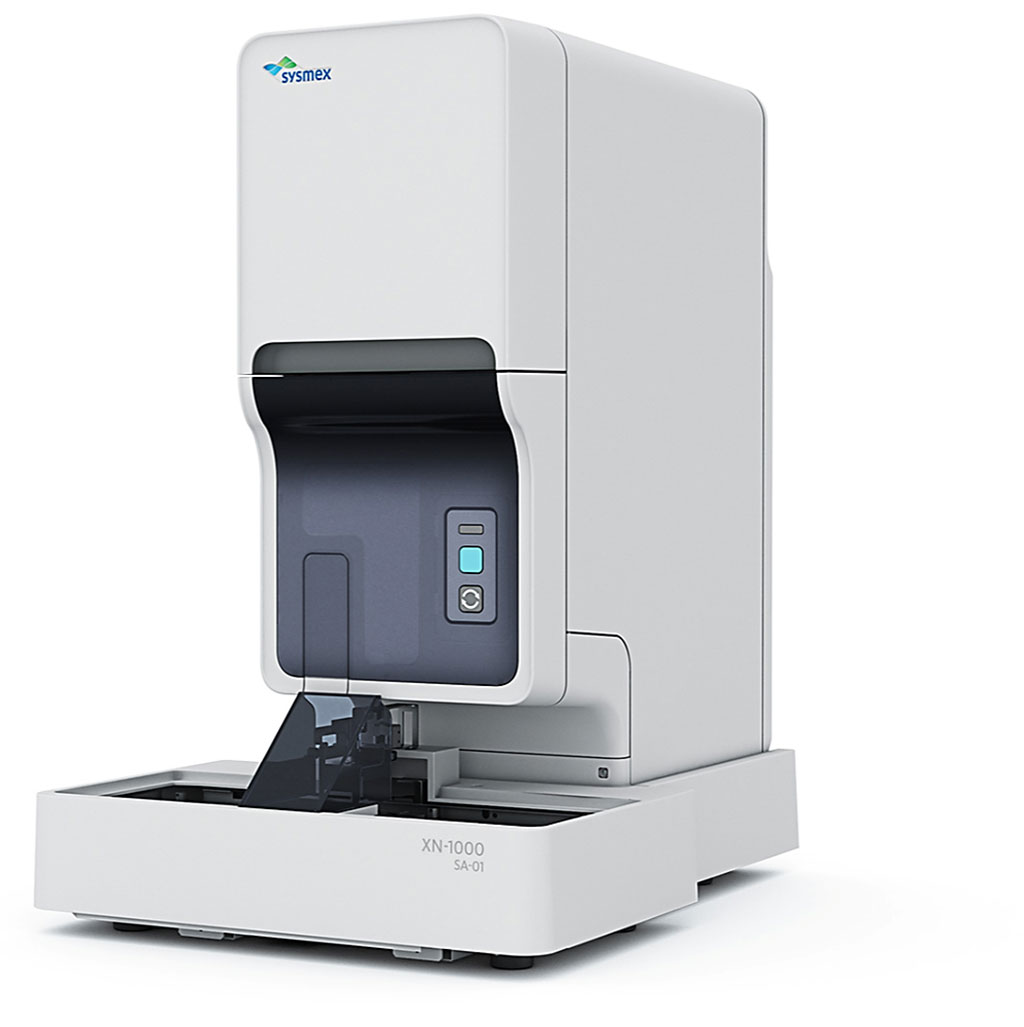 Image: Hematologic Reference Intervals Defined for Newborns on the XN-1000 Automated Hematology Analyzer (Photo courtesy of Sysmex Corporation).
Laboratory tests leverage 60% to 70% of medical decisions and one of the most often ordered and impactful tests is the complete blood count (CBC). These decisions require that clinicians have a standard for interpreting laboratory test results for their patients.

Ethical constraints exist for performing an unnecessary needle stick and collecting non-clinically indicated blood samples from this vulnerable newborn population. Many newborn CBC Reference Intervals (RI) publications have been retrospective and some authors cite this as one of their cardinal limitations.

A team of medical scientists associated with the Banner – University Medical Center Phoenix, (Phoenix, AZ, USA) conducted a prospective study at an academic tertiary care center, and hematology samples were collected from 120 participants deemed to be normal healthy term newborns. Study enrollment occurred between May 24, 2016, and November 1, 2017. A total of 170 blood specimens were sent to the laboratory.

The team used a single Sysmex XN-1000 Automated Hematology Analyzer (Sysmex America, Lincolnshire, IL, USA) to generate a CBC with white blood cell (WBC) differential for each newborn, including the advanced hematology parameters. Distributions were assessed for normality and tested for outliers. Reference intervals were values between the 2.5th percentile and 97.5th percentile.

The authors concluded their prospective study has defined hematologic reference intervals for this newborn population, including new advanced clinical parameters from the Sysmex XN-1000 Automated Hematology Analyzer. These reference intervals are proposed as the new standard and can serve as a strong foundation for continued studies to further explore their value in diagnosing and managing morbidities such as sepsis, anemia, and thrombocytopenia. The study was published in the January, 2021 issue of the journal Archives of Pathology and Laboratory Medicine.