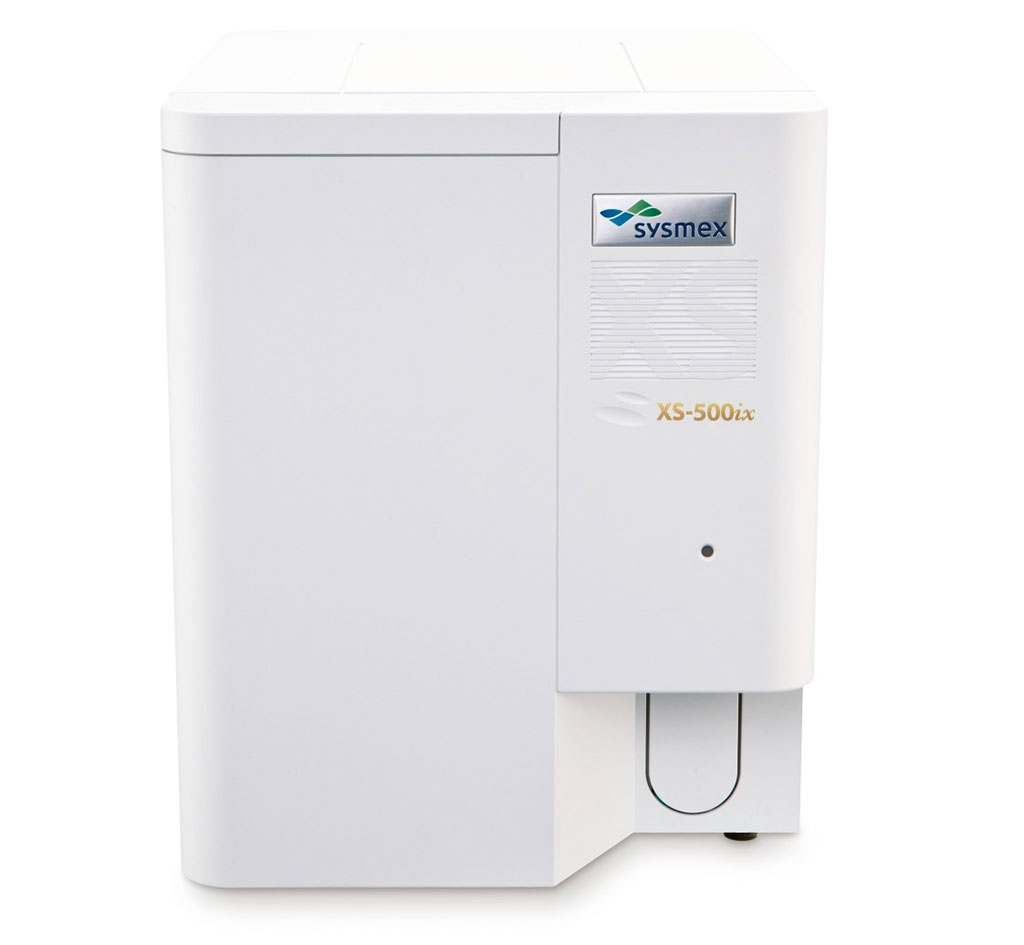 Image: the new XS-500ix Automated Hematology Analyzer (Photo courtesy of Sysmex Corporation).
As artery detachment, artery dissection refers to the vascular disease in which blood flow enters the artery wall and causes dissection of vascular wall. Cervicocranial arterial dissection (CCAD) can lead to stenosis or occlusion of the lumen has become one of the most frequent causes for ischemic stroke in the young.

The scientists reported that the NLR and LMR have significant differences among the three groups, especially in group I versus both groups II and III. There was a negative correlation between admission NLR and LMR. Low LMR level and high NLR level may be associated with severity of AIS caused by CCAD and significantly predict AIS in CCAD. The area under the curve of NLR and LMR were 0.77 and 0.71, respectively, on receiver operating characteristic curve analysis. The optimal cutoff values of NLR and LMR that best discriminated AIS were 2.35 (81% sensitivity and 63% specificity) and 3.67 (64% sensitivity and 77% specificity), respectively.

The authors concluded that NLR and LMR on admission as inflammatory biomarkers which might be useful in the diagnosis of AIS by CCAD. These reliable and easy‐to‐use predictors could contribute to clinical treatment strategy design in patients with CCAD. The study was published on September 7, 2020 in the Journal of Clinical Laboratory Analysis.