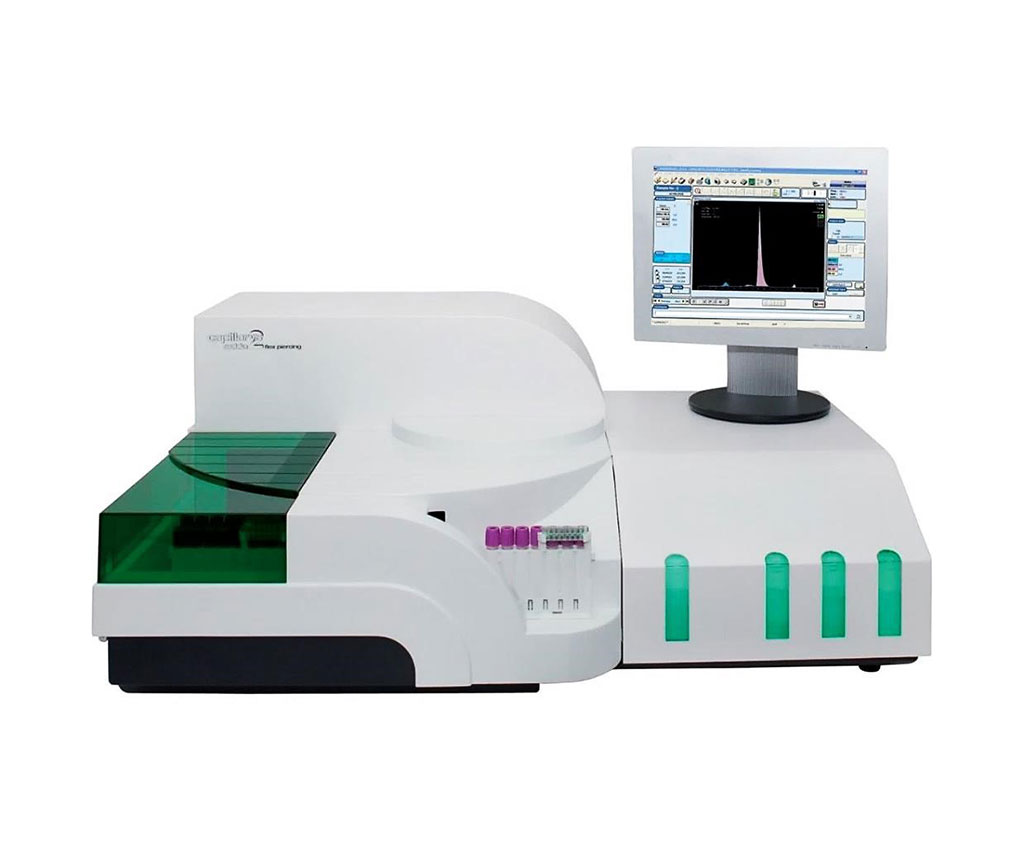 Image: CAPILLARYS 2 FLEX PIERCING is an instrument utilizing capillary electrophoresis developed to be versatile while providing a clear-cut and precise protein separation with high throughput (Photo courtesy of Sebia).
Multiple myeloma (MM) is a clonal plasma cell malignancy that accounts for approximately 2% of all malignancies. Plasma cells help you fight infections by making antibodies that recognize and attack pathogens. Multiple myeloma causes cancer cells to accumulate in the bone marrow, where they displace healthy blood cells.

Monoclonal gammopathy of undetermined significance (MGUS) is characterized by the presence of monoclonal protein (M-protein) lower than 30 g/L, the presence of fewer than 10% plasma cells in the bone-marrow and the absence of end-organ damage such as hypercalcemia, renal insufficiency and bone lesion.

At the Worcester Royal Hospital (Worcester, UK) a total 9,636 protein electrophoresis was carried out, of these approximately 55% were reflex tested based on abnormal serum globulin levels. Protein electrophoresis and immunofixation was carried out in 2006 using the Hydragel (Sebia UK, Camberley, UK). In 2011 the analytical method for detection, typing and quantitation of monoclonal protein (M-protein) was changed to capillary electrophoresis and immunosubtraction using the Sebia Capillarys technology. Total protein was measured using the biuret method and albumin using the bromocresol green method (Roche Diagnostics, Burgess Hill, UK). MGUS diagnosis was based on M-protein value, complete blood count, renal function and bone profile (calcium, phosphate, albumin and alkaline phosphatase in serum).

Kaplan–Meier analysis of patients with an M-protein showed that lymphoplasma-cell proliferative disorders (LPD)-free survival was 91% for both 10 year and more than 10 year follow-up. LPD-free survival decreased to approximately 73% when competing causes (death due to unrelated causes, transient M-protein, loss to follow-up) were censored. Progression to LPD occurred at initial M-protein values of 3g/L at diagnosis. During follow-up, 38.3% died without evidence of LPD, 12% were diagnosed with transient M-protein, 8.7% developed LPD, 10.9% had stable M-protein, 4.9% showed increasing M-protein, and 25.2% were lost to follow-up. Survival curves showed that M-protein isotype contributed to LPD-free survival in the order IgG=IgM>IgA>biclonal M-protein.

The inference from the study was that the risk of transformation to LPD did not diminish even after 10 years. If competing factors were taken into account, approximately one in four of the patients followed over a period of 10 years or longer was at risk of developing a lymphoid malignancy. The study was published on May 14, 2020 in the Journal of Blood Medicine.