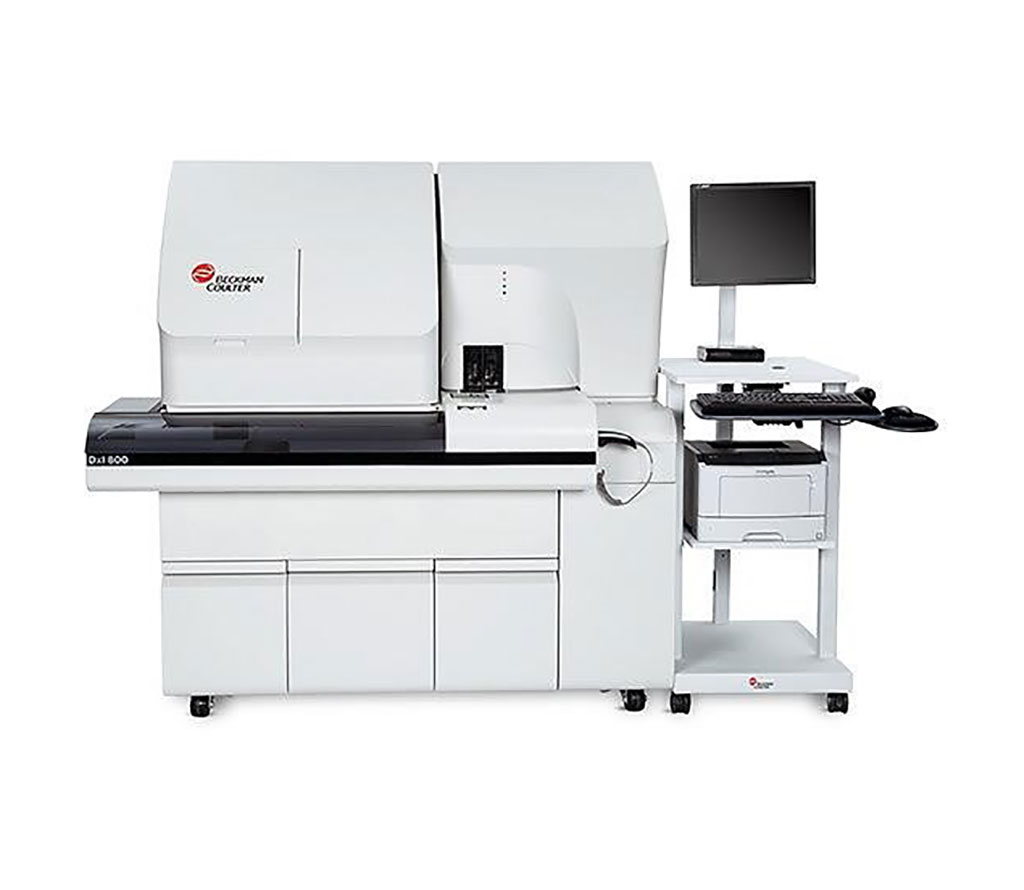 Image: The UniCel DxI 800 Access Immunoassay System (Photo courtesy of Beckman Coulter).
Anemia is a global public health problem and approximately 30% of the world's population suffered from anemia, with children and pregnant women being the most affected. Microcytic hypochromic anemia is a common type of anemia, and iron deficiency anemia (IDA) is the most common manifestation of this anemia.

The current gold standard for an IDA diagnosis is iron staining of a bone marrow smear. Transferrin receptor (TfR) is a transmembrane glycoprotein. Iron is transported by binding to specific TfR‐transferrin complex and thereby released into cells. Through proteolysis, TfR produces soluble transferrin receptor (sTfR) in the serum, whose concentration is proportional to the TfR concentration.

The investigators reported that for the diagnosis of IDA, the cutoff points of sTfR measured by the chemiluminescent, immunoturbidimetric, and immunonephelometric assays were 2.91, 6.70, and 2.48 mg/L, respectively. The corresponding sensitivities were 85.59%, 85.59%, and 85.59%, the specificities were 91.47%, 90.31%, and 90.70%, and area under the curve was 0.943, 0.944, and 0.936, respectively. The sTfR concentrations measured by the different methods were significantly higher in the IDA and CIDA groups than in the other two groups.

The authors concluded that the different sTfR measurement methods showed similar diagnostic value in diagnosing iron deficiency and identifying whether ACD was combined with iron deficiency. However, there were large differences in the measurement results obtained with the different methods, and their cutoff points also varied. Therefore, when sTfR is used in the course of clinical diagnosis and treatment and to establish relevant diagnostic criteria and guidelines, clinicians should pay attention to the differences in the results between different measurement methods. The study was first published on April 22, 2020 in the Journal of Clinical Laboratory Analysis.