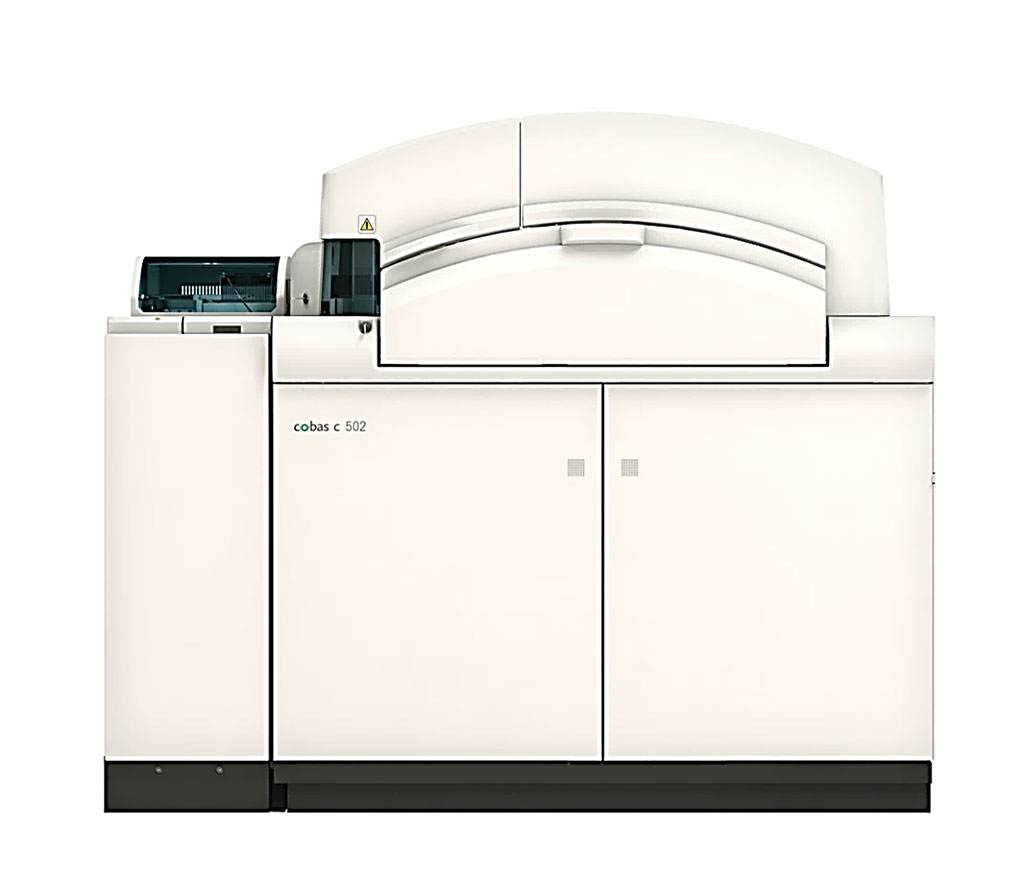 Image: The cobas c 502 is a medium throughput clinical chemistry module that performs photometric assay tests for a wide range of analytes (Photo courtesy of Roche).
Immune thrombocytopenia (ITP) is an acquired autoimmune disorder resulting from decreased platelet production and increased platelet destruction. Platelet autoantibodies in ITP lead to both acceleration of platelet destruction in the spleen and inhibition of platelet production by bone marrow megakaryocytes.

The scientists reported that there was a high rate of autoimmune marker positivity in this population, with antinuclear antibody (65%), antithyroid peroxidase antibody (31%), and direct antiglobulin (29%) the most commonly found. Antithyroid peroxidase antibody positivity was associated with a lower probability of remission (odds ratio [OR], 0.26). Lupus anticoagulant positivity was associated with a higher rate of thrombosis (OR, 8.92), and antinuclear antibody was strongly associated with thrombosis. There was no relation between platelet autoantibody positivity and the presence of autoimmune markers.

The authors concluded that their results suggest that many patients with ITP have a state of immune dysregulation that extends beyond platelet autoantibodies and that certain autoimmune markers may be prognostically useful in this disorder. The study was published on November 15, 2019 in the journal Blood Advances.