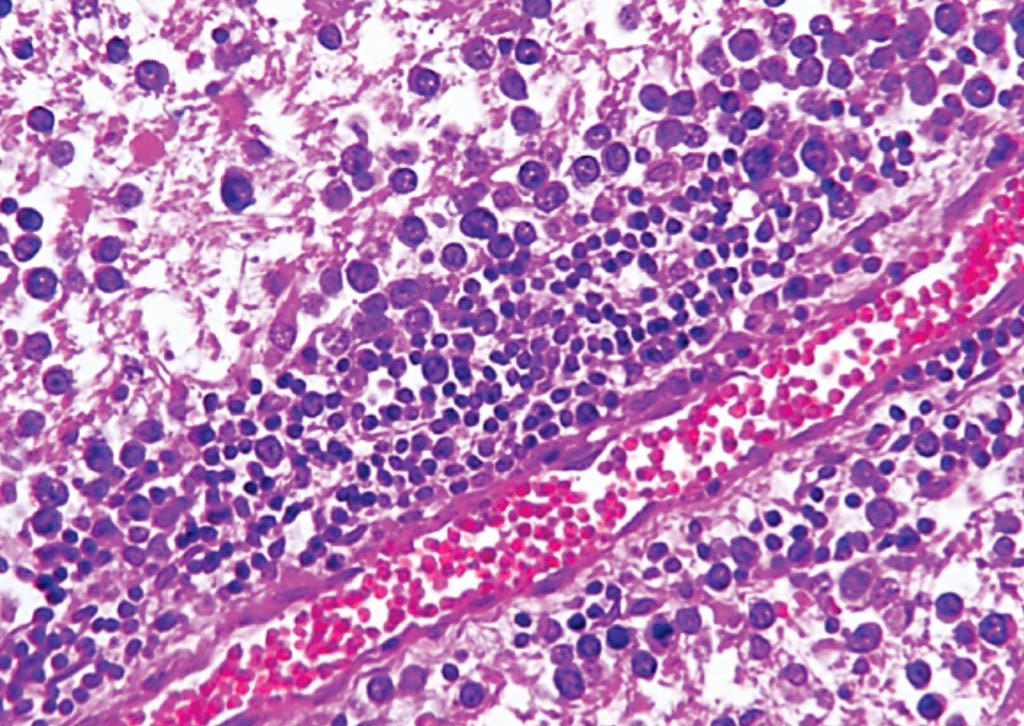 A proliferation-inducing ligand (APRIL) and B cell activating factor (BAFF) are important factors in the pathophysiology, diagnosis, and prognosis of systemic B cell malignancies. However, their utility as biomarkers for the diagnosis of Central Nervous System Lymphoma (CNSL) and their effects on CNSL cells remain unclear.

Neurologists at the Ludwig Maximilians University (Munich, Germany) and their colleagues analyzed the levels of APRIL and BAFF in the cerebrospinal fluid (CSF) of 116 patients with suspected focal brain lesions, including 53 CNSL patients. Additionally, they serially measured their levels during chemotherapy and relapse. Furthermore, they analyzed the effect of APRIL and BAFF on two B cell lymphoma cell lines using proliferation, viability, and chemotaxis assays.

Enzyme-linked immunosorbent assay (ELISA) kits for APRIL were obtained from BioLegend and ELISA kits for BAFF were obtained from R&D Systems. Other methods used in the study included culturing cell lines, survival assays and chemotaxis assays where migrated cells were counted on a Gallios Flow Cytometer.

The scientists reported that CSF levels of APRIL and BAFF reliably differentiated CNSL from other focal brain lesions (including primary and metastatic brain tumors, autoimmune-inflammatory lesions, and neuroinfectious lesions) with a specificity of 93.7% (APRIL, BAFF) and a sensitivity of 62.3% (APRIL) and 47.1% (BAFF). Serial CSF analysis of CNSL patients during chemotherapy and relapse demonstrates a close correlation of APRIL CSF levels and the course of this disease. In vitro, APRIL and BAFF showed anti-apoptotic effects during methotrexate (MTX) treatment and mediated chemotaxis of malignant B cells.

The authors concluded that CSF levels of APRIL could help establishing the diagnosis of CNSL, especially if stereotactic biopsy is impossible or not conclusive. Moreover, APRIL can serve as a therapeutic marker during therapy and relapse. The study was published on October 15, 2019, in the Journal of Hematology & Oncology.