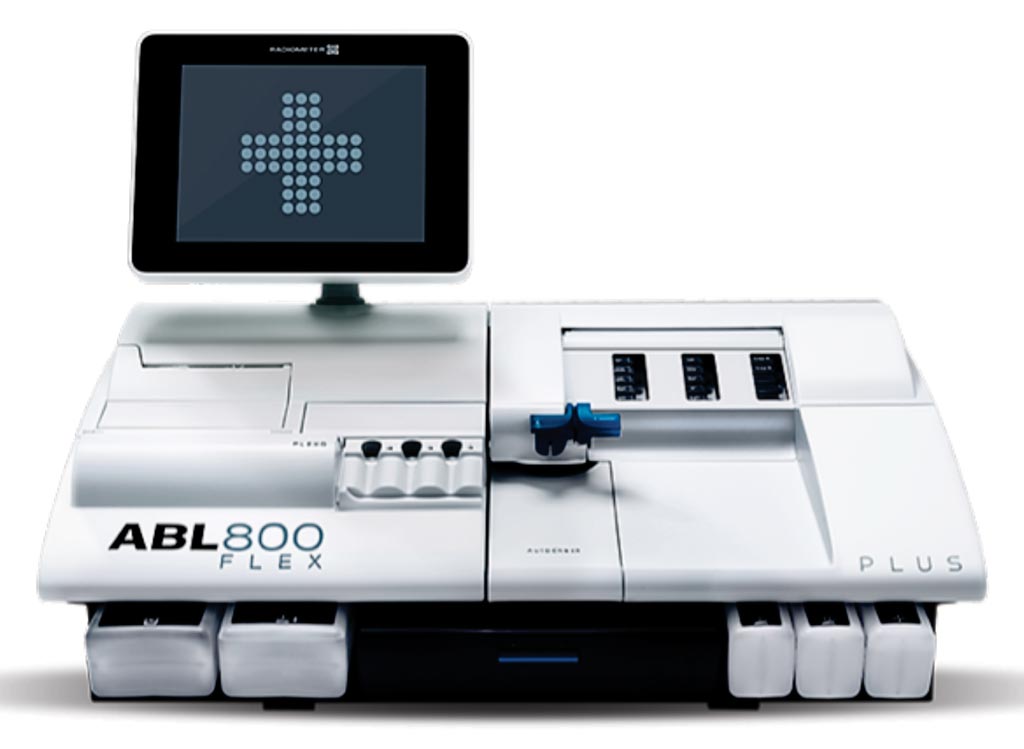 Image: The ABL800 FLEX blood gas analyzer (Photo courtesy of Radiometer Medical).
Sepsis is the primary cause of death from infection. It is also one of the leading causes of intensive care unit (ICU) mortality, despite early administration of antibiotics and hemodynamic management.

Plasma biomarkers may have diagnostic, prognostic, and theranostic values, all of which are important factors influencing outcomes in patients with sepsis. White blood cell (WBC) enumeration has been identified as an important systemic inflammation marker. The neutrophil‐to‐lymphocyte ratio (NLR) is a rapid and simple parameter of systemic inflammation and stress.

Scientists at the Changai Hospital (Shanghai, China) and their colleagues conducted a prospective, observational study that included 63 nonsurgical and non-trauma adult patients with sepsis admitted to the Department of Critical Care Medicine from September 2016 to October 2018. Baseline characteristics of the patients including demographics (age and gender), comorbidities (cardiovascular disease, chronic lung disease, and diabetes, among others), and primary diagnosis were recorded. In addition, healthy subjects were assigned to a control group.

The authors concluded that elevated NLR and lactate levels showed significant association with increased mortality in patients with sepsis. NLR and lactate may be important prognostic biomarkers to optimize treatment and manage patients. The study was published on July 2, 2019, in the Journal of Clinical Laboratory Analysis.